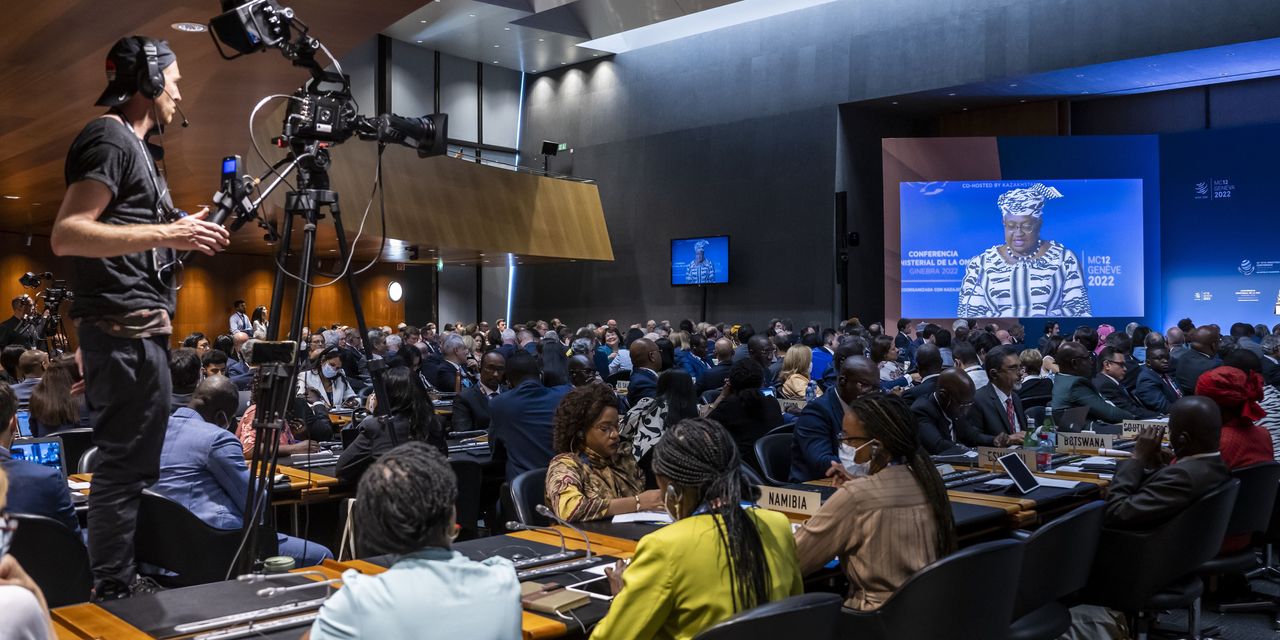 WASHINGTON—The U.S. is seeking to resolve an impasse that has left the World Trade Organization without senior judges to resolve trade disputes between member countries, according to U.S. officials.

The effort began ahead of the WTO’s ministerial meeting in Geneva in June, the officials said, with the U.S. organizing two meetings of working-level representatives from dozens of member countries since this spring.

In the coming weeks, U.S. officials want to see member countries meet informally every two to three weeks or so to build a consensus on how to revamp the system, before formal discussions start at the WTO, the officials say.

The U.S. has blocked new appointments to the seven-member Appellate Body, complaining of judicial overreach—disabling the group’s high court since 2019. Lower panels still hear cases brought by members, but any appeals by those dissatisfied with initial decisions have no place to go.

For well over a decade, U.S. officials have said the Appellate Body overstepped its authority set by WTO rules and went beyond its role to settle disputes that couldn’t be resolved by lower panels. U.S. complaints were often tied to technical methods Appellate Body judges used to rule on disputes between the U.S. and China over U.S. policy to protect domestic industries from Chinese imports.

While the Obama administration also contested the appointment of judges, it was the Trump administration’s refusal to consent to replace departing judges that led to the effective shutdown of the court.

The WTO is a forum of member governments that negotiate trade agreements, settle disputes and monitor implementation of rules with a staff of 600.

The dysfunction of the dispute settlement system deprived one of the WTO’s primary roles. The group has also struggled to deliver major trade agreements in recent years, amid the U.S.-China rivalry and persistent tensions between wealthy and developing nations.

The U.S. started signaling its willingness to work toward revitalizing the 27-year-old group last year, reflecting President Biden’s pledge to work more closely with allies and other nations.

“We all recognize the importance of the WTO, and we all want it to succeed,” U.S. Trade Representative

said while meeting with WTO officials in Geneva last year.

According to the U.S. officials, dozens of countries participated in three meetings held since April on revamping the dispute settlement system. China was a participant.

Officials at China’s permanent mission to the WTO didn’t respond to a request for comment.

The softening of the U.S.’s stance helped the top trade officials gathered in Geneva at the group’s ministerial meeting in June to come together on a pledge to improve the WTO’s functions, including having a “fully and well-functioning dispute settlement system accessible to all members by 2024.”

At that meeting, WTO Director-General

unveiled a package of agreements on issues including changes to intellectual property rules related to Covid-19 vaccines and new rules aimed at reducing harmful fisheries subsidies to discourage overfishing.

The result exceeded trade experts’ expectations that the ministers might again leave the meeting without an agreement.

Yet, the U.S.-initiated discussions won’t lead to the near-term resumption of the Appellate Body functions or strengthening of the dispute settlement system.

Ms. Tai has said the WTO’s system has become a venue for litigation, rather than a forum for settling disputes among members.

“I think that over time, it has become this very, very unwieldy and expensive mechanism for litigation that not all WTO members can access,” she said at an Asia Society event in Washington in June.

The U.S. has repeatedly opposed a joint proposal from 123 member countries, including close U.S. allies such as the European Union, Canada and the U.K., calling for the start of a selection process to fill the vacant Appellate Body seats, including at a June 30 meeting.

An EU spokeswoman said member states will work to restore a fully functioning dispute settlement system with a reformed Appellate Body, adding that it hopes to work in cooperation with U.S. officials. The outcome of the June ministerial meeting “allows us to urgently work with our partners with a view to reaching substantive progress on reform” by the next ministerial in two years, the spokeswoman said.