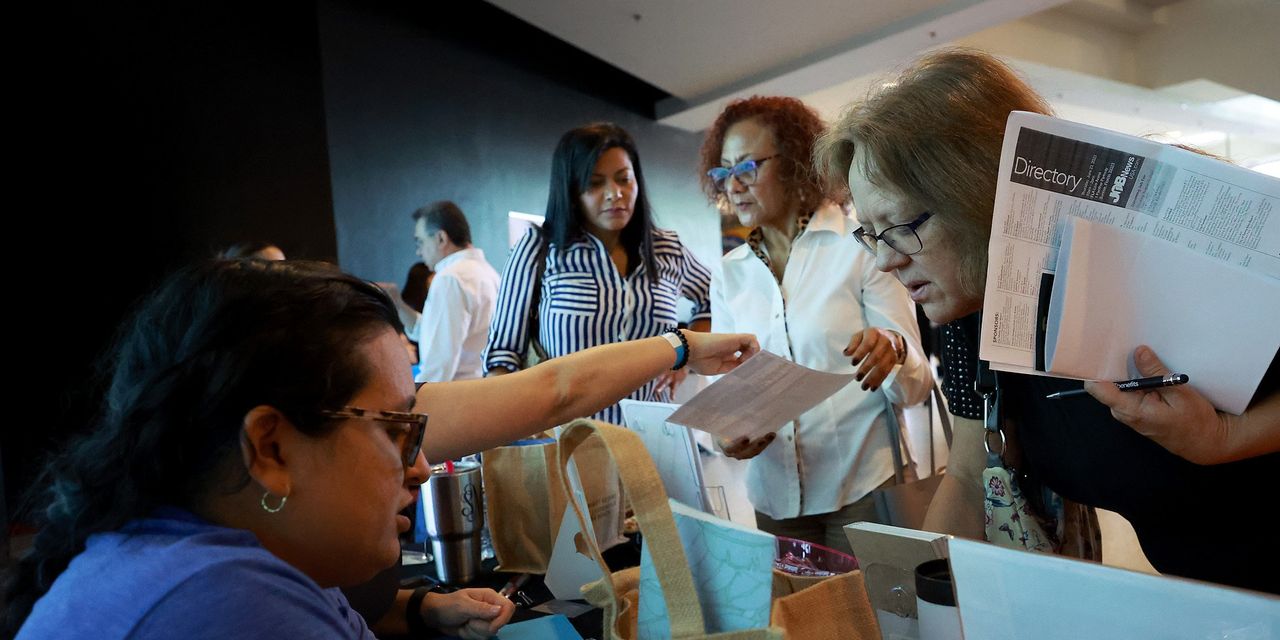 Initial jobless claims, a proxy for layoffs, rose to a seasonally adjusted 235,000 last week from 231,000 the week before, the Labor Department said Thursday. The figure stands just above the 2019 prepandemic weekly average of 218,000, when the labor market was also strong.

The four-week moving average for claims, which smooths weekly volatility, inched up to 232,500 last week, an increase of 750 from the previous week’s average.

The report indicates that the job market remains tight even though other parts of the economy are losing steam as the Federal Reserve aggressively raises interest rates to combat high inflation.

chief U.S. economist at High Frequency Economics, said the labor market is a bright spot in the economy. “The labor market is fine right now, I mean, it’s pretty strong. It’s just that, how quickly are conditions going to change?,” Ms. Farooqi said. “That’s something we don’t have any clarity into.”

economists at Oxford Economics, said they don’t expect new claims to rise sharply. “While anecdotal reports of layoffs are increasing in some sectors, labor markets remain quite tight and demand for workers is still historically high,” they wrote in a note.

Demand for workers held strong in May. There were a seasonally adjusted 11.3 million job openings in May, down from a revised 11.7 million the prior month, the Labor Department said Wednesday.

director of operations for Desert Orthopaedic Center in Las Vegas, said the center has about a dozen job openings. Mrs. Craft said there are about six open medical-assistant positions, when there would typically be about two, she said.

X-ray technicians have been particularly hard to come by, she said, because many have snapped up jobs at hospitals due to the need for chest X-rays for Covid-19 patients. “Hospitals were paying them ridiculous amounts because they had a need,” she said.

Mrs. Craft said some applicants for positions aren’t showing up for interviews. “I’ve got to figure out a way to at least get people to come to their interviews,” she said.