Rivian Cranked Up Production in Second Quarter at Illinois Factory 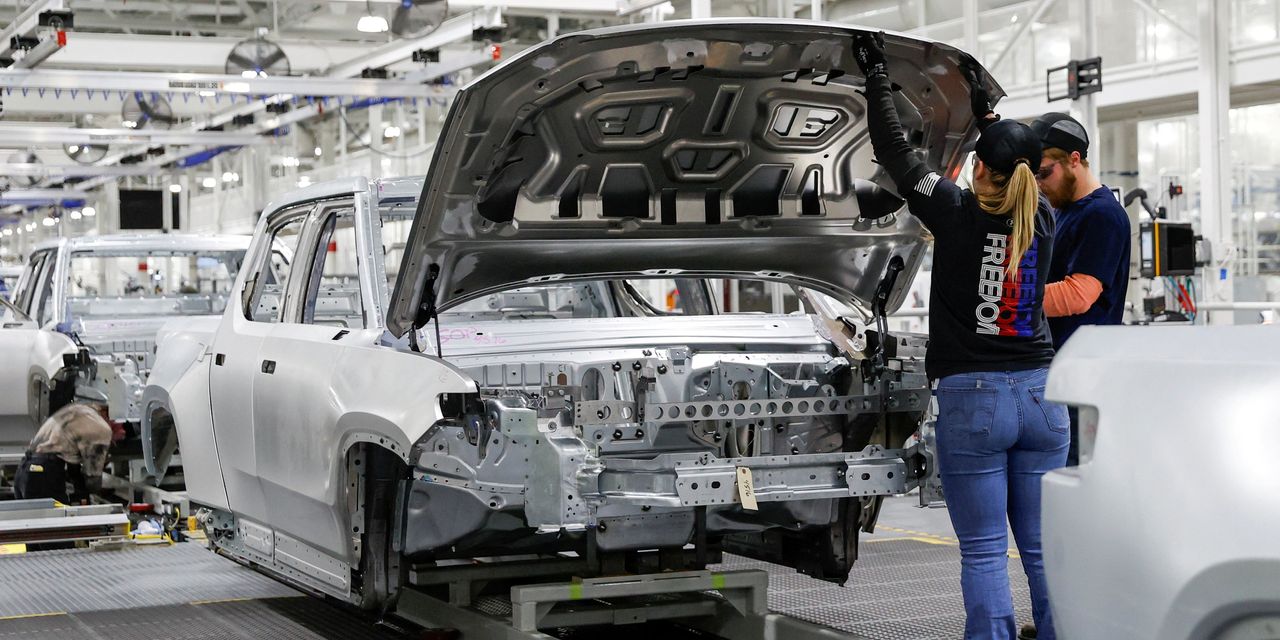 Automotive Inc. said it produced 4,401 vehicles in the second quarter, the latest in the electric-vehicle maker’s efforts to overcome parts shortages and production snarls to fulfill orders for waiting customers.

The second-quarter production figures, released Wednesday morning in a regulatory filing, are a sharp increase over the 2,553 vehicles it manufactured in the first three months of 2022. The company also said it delivered 4,467 vehicles to customers, compared with 1,227 vehicles in the previous quarter.

Rivian reiterated that it was on track to hit its target of producing 25,000 vehicles this year—a goal that would require it to manufacture 9,000 vehicles in each of the final two quarters of 2022.

The results beat expectations. Analysts at RBC Capital Markets had forecast production of 3,400 vehicles for the second quarter. Rivian’s stock was up 10% at Wednesday’s close.

Rivian faces increased pressure from more-established rivals who are releasing their own versions of battery-powered trucks and SUVs.

said Tuesday that its EV sales rose 77% in June to 4,353 vehicles and it expects increased production of its F-150 Lightning and Mustang Mach-E will help further boost sales in July.

Rivian, based in Irvine, Calif., has struggled to keep its sole factory in Normal, Ill., running on a regular basis since beginning production in September. The company builds three electric models at the assembly plant: the R1T pickup truck, R1S sport-utility vehicle and a delivery van for

is producing around a dozen electric GMC Hummer pickup trucks every day. GM expects production to speed up in the latter half of this year.

has blamed a shortage of parts, particularly semiconductors, for the production woes. The shortages led Rivian in March to slash in half its production forecast for 2022 to 25,000 vehicles. The company’s share price has declined around 75% since its public-market debut in November as Rivian’s production ramp-up fell short of initial projections.

The company has said increasing production volume is essential to stemming its losses, which ballooned to $1.6 billion in the January-March quarter from $414 million during the same period last year. Rivian has said it has sufficient cash to fund its business and expansion plans. The company had $17 billion in cash as of the end of March.

Thus far, Rivian has struggled to keep its factory running for more than a few days a week, but aims to run both a day and night shift, five days a week in the latter half of the year.

plant, has the capacity to produce 150,000 vehicles a year. Rivian is also planning to build another $5 billion factory in Georgia, which will begin operation in 2024.

Appeared in the July 7, 2022, print edition as ‘Rivian Cranked Up Production in Quarter.’