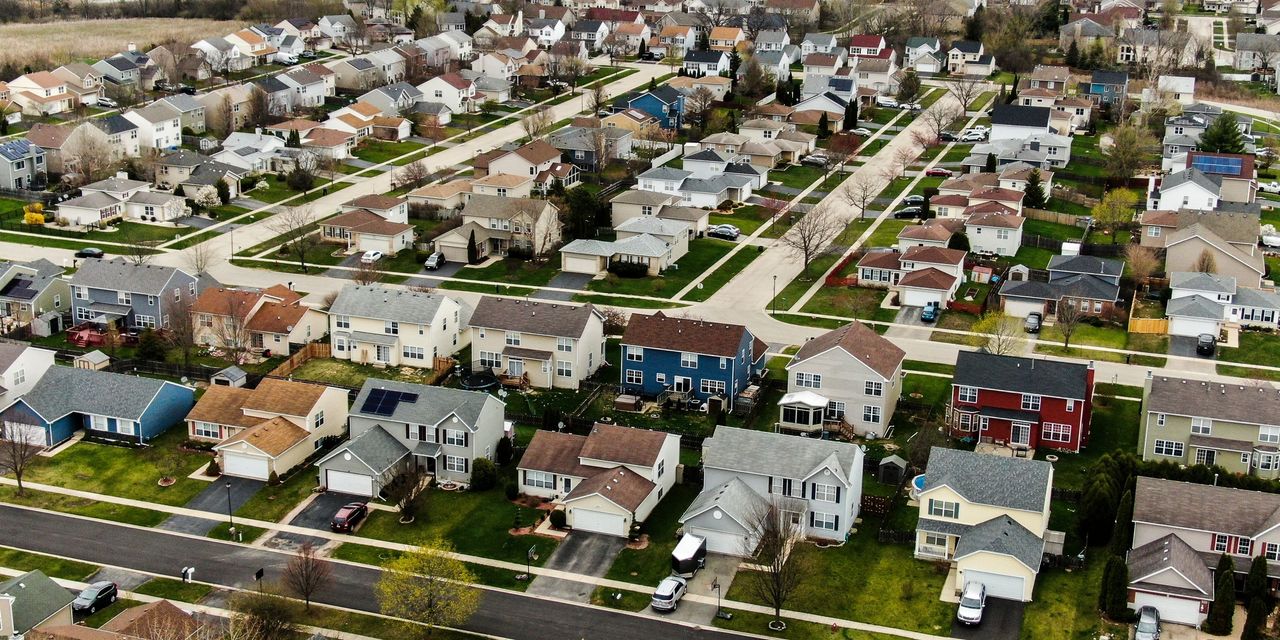 Climbing housing costs are set to keep inflation elevated this year, creating another challenge for Federal Reserve officials who want to see signs that price pressures are easing before slowing their interest-rate increases.

Overall annual inflation rose to 8.6% in May, while core inflation, which excludes volatile food and energy costs, hit 6%, according to the Labor Department’s consumer-price index. The June figures are set to be released Wednesday.

Rising fuel costs and supply-chain disruptions from Russia’s war against Ukraine added to inflation that was already high due to surging demand from the economy’s reopening and aggressive government stimulus. Annual housing inflation, as measured in the CPI, hit a recent low in early 2021 at 1.4% and it has since rebounded, to 5.4% in May, well above the annual average of 3.5% between 2015 and 2019.

Housing inflation is important because it represents around two-fifths of core CPI and one-sixth of the Fed’s preferred inflation gauge, the personal-consumption expenditures price index.

Fed officials raised their benchmark interest rate by 0.75 percentage point last month, and they have signaled that they are likely to do so again at their July 26-27 meeting. They have indicated they could slow the pace of rate rises to half-point increments after that, but they want to see convincing evidence that inflation is slowing before moving down to more traditional quarter-point rate rises.

Recent data have suggested consumer spending could be shifting away from goods, which saw big price increases last year, and toward services. Central bankers have hoped this transition would ease overall price pressures. But if inflation pressures intensify in the services sector, that would offer less relief.

Because of the way the Labor Department captures rental prices, rent inflation could continue to rise this summer before peaking at around 6.5% over the next several months, said

a senior economist at Bloomberg Economics and the Peterson Institute for International Economics. That would be a 36-year high.

While he expects overall inflation to diminish this year, “that slowdown is going to have to emanate from other sectors of the consumer marketplace,” said Mr. Wilcox, a former senior Fed economist.

Home prices surged during the pandemic, boosted by low mortgage rates, changes in home-buying preferences, favorable demographics and low inventories of homes for sale. Prices were up 20% in April from one year earlier, according to the S&P/Case-Shiller U.S. National Home Price Index, versus a gain of around 4% in the year before the pandemic.

Government agencies don’t take home prices directly into account when calculating inflation because they consider a home purchase to be a long-term investment rather than a consumer good.

Instead, housing costs are represented in government inflation data by two main components, one that attempts to capture the monthly costs for people who rent their homes, and one that calculates the imputed rent, called owners’ equivalent rent, or what homeowners would have to pay each month to rent their own house.

The first of these two measures is calculated in a way that is particularly lagged, meaning changes being reported today reflect changes in rent from six to nine months earlier. Because rents rose strongly over the past year, these increases are now filtering into reported inflation measures.

Fed rate increases have led to a broad pullback in financial risk taking, sending up borrowing costs and leading to stock-market declines. Mortgage rates have recently jumped to a 14-year high, and home builders and real-estate agents are reporting a significant pullback in sales.

But demand for rental housing could continue to rise, keeping rents high. “These rent-based components in the inflation indices are likely to prove relatively impervious to the tightening in financial conditions we’re seeing right now,” said Mr. Wilcox.

Other inflation forecasters see less scope for an additional, large run-up in housing inflation. Based on recent data,

head of the advisory firm Inflation Insights LLC, expects housing inflation to rise to 6% by the end of the year. Meanwhile, he expects other service prices, such as for health insurance, to drop at the end of the year, providing enough downward pressure to monthly inflation readings to more than offset any strength from housing.

What is your outlook for the housing market this year? Join the conversation below.

which owns around 58,000 single-family homes for rent, received record inquiries for new leases in May, said

the company’s operating chief. “The demand backdrop has been fantastic,” he said at a conference last month.

Apartment owners say their tenants have been able to tolerate rising rents because incomes have been growing solidly. “Most of our customers have a lot of money in their pocket,” said Ric Campo, chief executive of

a Houston-based owner of 58,000 apartment units.

During the housing boom of the mid-2000s, around one-quarter of Camden’s tenants were moving out to buy homes, fueled by easy lending standards. Today, by contrast, that fraction is closer to one in six, and it has ticked lower in recent months as mortgage rates rose, said Mr. Campo.

Supply-chain and labor issues have slowed developers’ ability to respond by ramping up construction. Camden recently finished rental buildings in San Diego and Atlanta, where their refrigerator suppliers couldn’t deliver appliances that had been purchased one year in advance. Project managers had to drive to Home Depot to buy them off the floor.

Mr. Campo said he expects it will take between 18 and 24 months for supply to catch up. “Rent growth will slow down eventually,” he said.