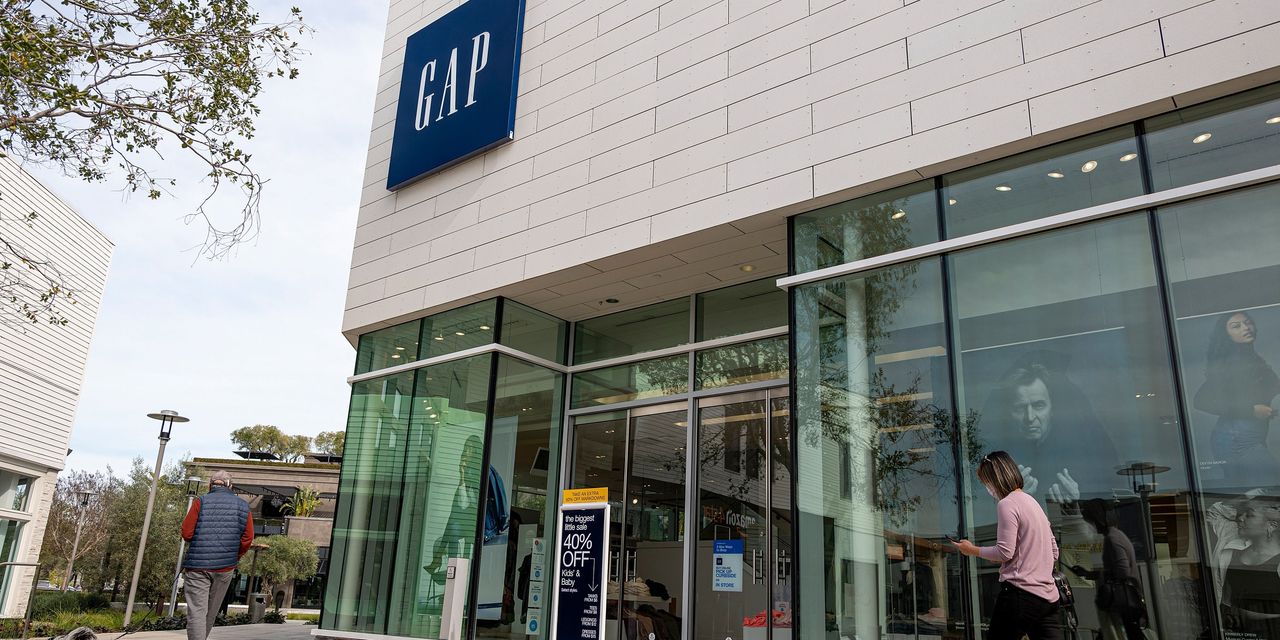 after a little more than two years on the job, making her the latest leader who has been unable to help the casual clothing company regain its status among American shoppers.

executive, would serve as interim CEO effective immediately while it searches for a permanent replacement. The company also said it hired former Walmart executive

to take over as CEO of the Old Navy chain. Gap said Ms. Syngal also resigned from the company’s board.

The leadership shake-up comes after years of slumping sales at the flagship Gap brand and, more recently, problems at the Old Navy chain, which accounts for more than half of total revenue.

Old Navy last summer introduced a range of sizes to make its clothing more inclusive but the effort backfired, leaving the chain with too many very small and very large sizes and not enough of the middle sizes, which are the most popular. In May, the company said it would scale back the strategy, after reporting disappointing earnings.

it has been a turbulent time for many big retailers, who have struggled to keep up with surging demand and navigate supply chain snarls during the pandemic. Gap is among the chains that analysts say are sitting on excess inventory, along with

Bed Bath & Beyond Inc. recently removed its chief executive, after a string of falling sales. In May,

said its chief executive was stepping down after two years. And department store chain Kohl’s Corp. came under attack from an activist investor and tried to negotiate a sale of its business, but the talks collapsed.

Gap, which also owns Banana Republic and Athleta, warned on Monday that it now expects its adjusted profit margins for the second quarter to be zero or negative. It also expects sales to decline from year-ago levels. The company said it took a more aggressive approach to fixing its assortment which resulted in increased discounting in the latest quarter.

The San Francisco company’s share price fell about 4% in after-hours trading. The stock had fallen by 50% so far this year, compared with a 19% decline in the S&P 500 index, according to FactSet.

In a statement, Ms. Syngal said it was time for a fresh perspective and rejuvenated leadership. Ms. Syngal, who formerly ran Old Navy, took over as CEO in March 2020 just as the Covid-19 pandemic was upending businesses and closing stores.

Ms. Syngal slashed costs and raised fresh capital to stabilize the company. She oversaw a team that tried to revive the namesake Gap brand by culling its sprawling assortment as well as the big push into inclusive sizing at Old Navy.

“Initiatives have been piecemeal rather than part of a coherent grand plan of reinvigoration,” said

PLC. “The result is a company that in its core businesses still suffers from many of the same issues that have dogged it for years.”

As with other chains, Gap was caught flat-footed this spring when shoppers switched from buying sweats and other comfortable clothing to outfits more suitable for social occasions and started spending more money on traveling and dining out. The retailer ended the first quarter with inventory up 34% compared with the prior year.

“We were defining customer trends too early in the process and were unable to chase into the right fashion choices,” Ms. Syngal told analysts in May.

The Gap board, which includes members of the founding Fisher family, has overseen a series of CEO changes and strategic shifts in recent years as the company tries to recapture the success it had in the 90s. It ousted the previous CEO,

in 2019 after scrapping his plans to spin off the Old Navy chain into a separate public company.

Two Walmart veterans will be steering the company, at least in the short term. Mr. Martin, who has been a Gap director since 2002, was the CEO of Walmart’s International business from 1984 to 1999. Mr. Barbeito spent 26 years at Walmart and was CEO of Walmart Canada until he resigned in June. He replaces an Old Navy executive who left in April.

NFL salary cap increasing, but owners still earn most of the profits