For the Fed, Easing Too Soon Risks Repeat of Stop-and-Go 1970s 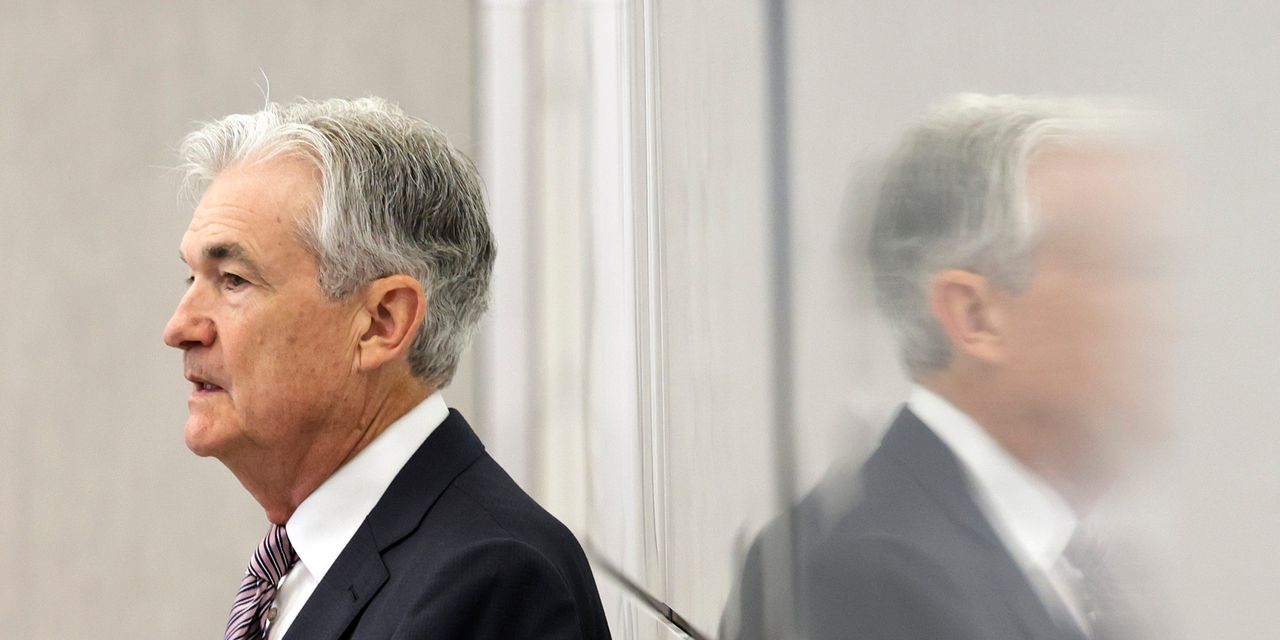 is raising interest rates at the fastest pace since the 1980s. That has been easy so far because rates are low and the economy has been strong.

The hardest part lies ahead. Just as it proved difficult for the Fed last year to tell when to start raising rates, it is tough to know when to stop. What happens, for example, if the economy begins slowing sharply but inflation stays too high?

Because the Fed hasn’t confronted a situation like this one in decades, it will be tricky for most investors and even Fed policy makers to have much confidence over how the central bank would respond.

Since the Fed raised its interest-rate target by 0.75 percentage point in June, the largest increase in 28 years, investors have responded in ways that reflect growing worries about recession. Oil and commodity prices have tumbled. Market-based measures of future inflation and bond yields have dropped. Futures markets now see the Fed pushing its benchmark rate, currently between 1.5% to 1.75%, to around 3.5% by next March. Markets expect the Fed to cut rates later next year.

Those expectations depend on inflation falling quickly. Were the Fed to ease because of growth fears before inflation has been vanquished, it would risk repeating its stop-and-go tightening of the 1970s, which economists now see as a costly policy error. To avoid that mistake, “the Fed may not be able to pivot and cut rates quickly or at all” if a recession begins later this year, said

vice chairman of Evercore ISI, in a recent report.

“Stop-and-go” refers to how the Fed oscillated between raising rates to tame inflation and then backing off to shore up growth—succeeding at neither. It began in the late 1960s, when Chairman

paused rate rises during a recession scare. It worsened under Fed Chairman

who raised rates significantly between 1972 and 1974 but cut them the following year in the midst of a sharp recession. Inflation fell but settled at still-elevated levels.

“The problem in the 1970s was you tightened. You hit the labor market. And you eased up, and you never took care of the problem,” said

global head of economic research at Deutsche Bank. Ultimately, it took a change in tactics by the Fed in 1981 under Chairman Paul Volcker to raise rates to far higher levels for inflation to come down and stay down.

Mr. Hooper, who began his career at the Fed in 1973, thinks Mr. Powell won’t repeat those mistakes because the central bank has exhaustively studied them. Instead, he sees the U.S. economy falling into a recession next year that sends the unemployment rate to at least 5.5%, up from 3.6% in June. “Having seen this play before, if you don’t deal with it now, then you’re looking at a repeat of the 1980-82 episode, where unemployment topped 10%,” he said.

Fed officials are eager to see inflation pressures diminish soon so that they won’t have to raise interest rates above 4% or 5%. But they are also using terms such as “fortitude,” “resolute” and “bumpy road” to show they are alert to the risks of stubborn inflation.

“This kind of worry that there’s going to be a stop-and-go policy by the committee like what happened in the ’70s—that’s just not going to happen in my view,” Fed governor

said during a webinar with private-sector economists last week.

Officials are concerned that inflation psychology is shifting in a way that will lead businesses and consumers to continue to accept higher prices. To prevent those expectations from becoming self-fulfilling, the Fed is using words and actions now that it hopes will shock the public out of believing inflation will stay high.

The Fed is willing to risk a recession because it sees sustained inflation as a potentially greater menace—one that distorts decision-making and leads to more booms and busts. “Inflation messes up the price signals in the economy, makes it harder to tell where to invest. It is harder to tell which job to take,” St. Louis Fed President

After last month’s 0.75 percentage point increase, Fed officials have indicated they are likely to approve another in about two weeks and eventually raise rates to at least 3% this year.

Still, elevating inflation so far above other priorities carries its own risks. For example, the day after Lehman Brothers collapsed in 2008, with the financial crisis spiraling out of control, Fed officials declined to cut rates out of concern about inflation, which oil prices had pushed up.

Another worry is that inflation data lags behind economic activity. By raising rates in such large chunks while using inflation to know when to slow or stop, the Fed might weaken the economy more than needed. “They’re doing the right thing right now…but if that kind of reaction function is maintained, it practically guarantees overshooting,” especially if the economy faces new supply shocks such as oil-price jumps, said

a former Fed vice chair who began his career as an economist at the central bank in 1970.

On a panel last month with Mr. Waller, Mr. Kohn urged the Fed to consider a “second Volcker moment” that doesn’t rate as much attention as Mr. Volcker’s famous declaration of war on inflation. That was when Mr. Volcker decided in the summer of 1982 to abandon his policy-setting framework, which called for continued rate increases that fall.

Inflation was falling to around 5%, “so it was still pretty high. But he said, ‘Enough. We’ve accomplished a lot. The cost of continuing this process outweighs the gains,’” recalled Mr. Kohn.

How do you think the Federal Reserve will react to inflation this year? Join the conversation below.

By then, rate increases were touching off a fierce debt crisis in Latin America that threatened several large U.S. banks. The Fed would resume rate increases in May 1983, and the economy expanded for the rest of the decade without a reacceleration of inflation.

Mr. Kohn is less concerned about a rerun of the stop-and-go policies of the 1970s and instead worries that the Fed will commit the same type of error it made last year, when it played down rising inflation to deliver on its promises to boost employment. “What if the script flips?” said Mr. Kohn. “And there’s so much attention on inflation that you don’t see the economy is weakening, and that will itself help contain inflation.”