Buttigieg Says Airlines Are Improving, but Need to Do More to Reduce Cancellations, Delays 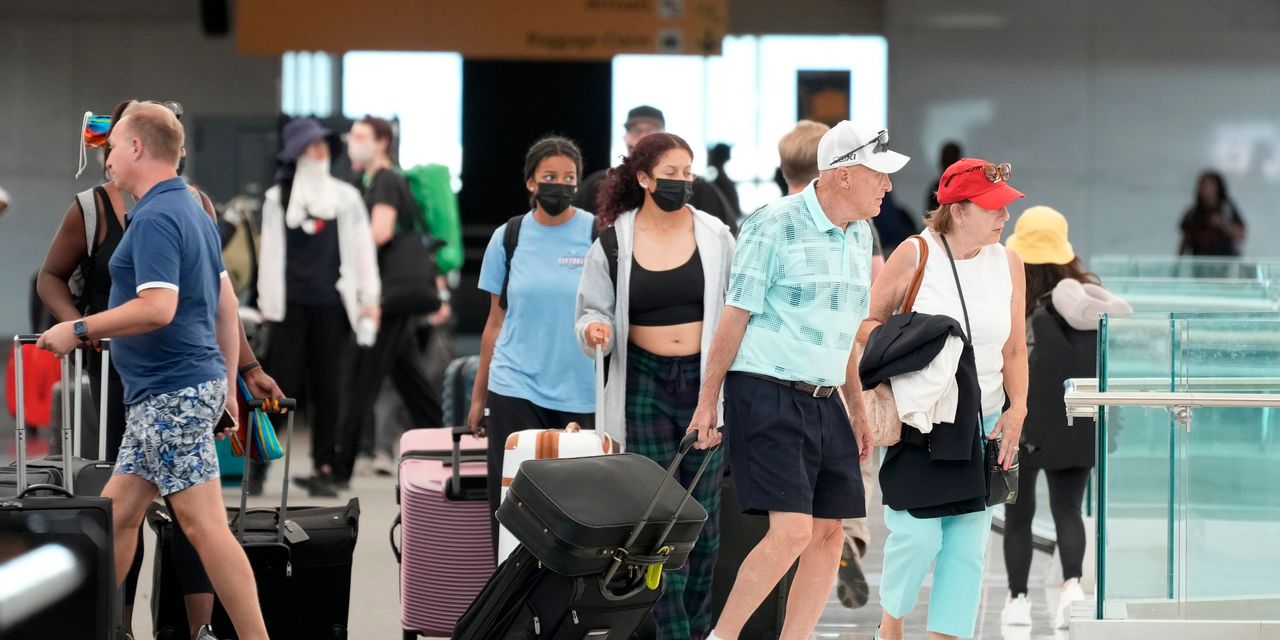 said, but airlines still need to step up staffing and preparations to sustain improvements.

A confluence of bad weather and other pressures, including a space launch, impacted flights on Friday, July 1, but cancellations eased over the course of the weekend, Mr. Buttigieg said in an interview.

“We appeared to have seen improvements relative to the beginning of the summer, but I’m watching very closely to see if those can be sustained,” he said. “We’re still not at the level we need to get to.”

U.S. airlines canceled about 1,400 flights over the course of the long Independence Day weekend, representing about 1.5% of what was scheduled, according to FlightAware. Nearly 20% were delayed. Still, those figures marked an improvement over other big travel weekends this year.

Airline officials said the weekend, which was one of the busiest since the start of the pandemic, went relatively well despite some weather disruption, though they said problems with air-traffic control and other factors beyond airlines’ own operations have remained a challenge.

Mr. Buttigieg has taken a sharper tone with airlines in recent weeks. He has called them out over recent stumbles, both publicly and in a meeting with chief executives, and has pledged to strictly enforce consumer protection measures. When one of Mr. Buttigieg’s own flights was canceled last weekend, he tweeted about his experience obtaining a refund, for example. He said he opted to drive the rest of the way.

“As taxpayers, passengers supported airlines to the tune of tens of billions of dollars,” he said. “So with that comes high expectations about the level of performance and the treatment of passengers on the part of the airlines.”

Airlines have said the government payroll support program helped carriers avoid complete collapse when passenger volumes plummeted, but didn’t fully cover their payroll expenses. With uncertainty about whether more aid would arrive before demand recovered, they said they had to stop hiring and encouraged many employees to retire early or take leaves of absence to stretch the funds.

Airlines have since hired thousands more workers but the rebuilding process has been in some cases slow and complex, industry officials have said.

Some lawmakers have said they want Mr. Buttigieg to go farther. Sen. Bernie Sanders (I., Vt.) has proposed fining airlines for long delays and for scheduling more flights than they are capable of operating.

“There is more in the pipeline on the rule-making side that will support passengers. And we’ll start by using authorities that we have, and then continue looking at some of the authorities we might ask Congress to expand,” Mr. Buttigieg said Tuesday.

Airlines have said they have taken steps to get a handle on operational problems, including throttling back on flying plans to run more reliably. Major airlines are flying 15% less this summer than they had hoped to at the outset of the year, according to Airlines for America, a trade group.

said it canceled about 50 flights over the four-day holiday period. The airline said its 0.3% cancellation rate was its lowest during this holiday period in more than five years.

The Federal Aviation Administration held meetings with carriers in the days leading up to the holiday to discuss plans in an effort to head off potential issues.

“We appreciate the increased coordination with the FAA to address a range of shared challenges—including unpredictable inclement weather and staffing at the carrier and federal government level—as demand for air travel has returned at an unexpectedly rapid pace,” a spokeswoman for Airlines for America said.

And carriers have countered that many problems have been due at least in part to staffing shortages within key air-traffic control facilities managed by the FAA, which is overseen by the Transportation Department. Airline executives have said that has caused delays beyond what they are used to seeing, especially in already congested corridors like in Florida.

told employees this week that while the airline has room to improve, about half of the minutes its flights were delayed and 75% of its cancellations in the past four months were due to FAA initiatives to manage traffic in the sky, especially in New York and Florida. Many of those are due to weather, United Chief Operating Officer

wrote in a message to employees this week, but delays related to high traffic volume and short staffing within air-traffic control have also contributed, he wrote.

“The reality is that there are just more flights scheduled industrywide than the ATC staffing system can handle,” Mr. Roitman wrote. “Until that is resolved, we expect the U.S. aviation system will remain challenged this summer and beyond.”

The FAA said in response that United was conflating weather-related air-traffic control measures with staffing issues, noting that airlines including United canceled flights on July 3 and July 4, days when there were no FAA staffing-related delays, the agency said.

“The reality is that multiple overlapping factors have affected the system, including airline staffing levels, weather, high volume, and ATC capacity, but the majority of delays and cancellations are not because of staffing at FAA,” the FAA said.

Mr. Buttigieg said Tuesday that the FAA has reallocated air-traffic control resources, including moving staff, to match shifting travel demand patterns. He said air-traffic control problems haven’t been the main factor in persistent delays and cancellations that have roiled U.S. air travel as passengers have flocked back to flying this year.

One big issue is that airlines are still understaffed, Mr. Buttigieg said.

“That, I think, has left a lot of the airlines unprepared to meet some of the demand that’s coming their way,” Mr. Buttigieg said.

“Whatever the cause of the day is, weather, runway, you name it, the entire system is less resilient to deal with that because it’s been stretched so thin,” Mr. Buttigieg said.