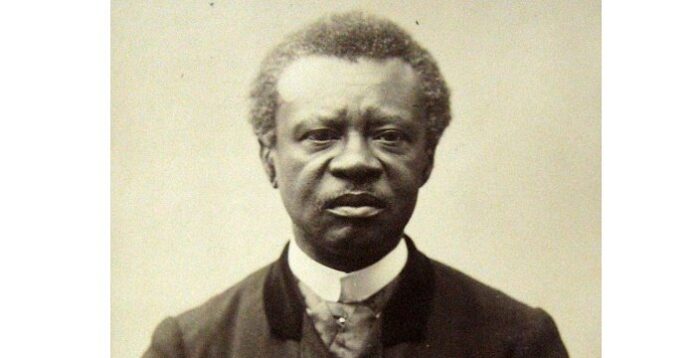 Edmond Dédé born as a black French creole American composer born in New Orleans to a French couple from West Indies. His father was a bandmaster for a militia unit. During his childhood, Dédé was first introduced to the clarinet but found his true calling with the violin and was soon dubbed the child prodigy. There have been various spellings to his name, from the initial Edmond to the later Edmund. He took lessons from famous violinists like Constantin Debergue and Italian-born Ludovico Gabi.

He has some famous compositions to his credit, like Mon Pauvre Coeur in 1852, Quasimodo Symphony in 1865, Le Palmier Overture in 1865 and many more. The hostility in the States forced him to flee to Mexico, and he later returned to the United States and worked as a cigar maker to save money to travel to Europe. He died in 1903 in Paris. Read on to learn about this talented artist.

Edmond Dédé first inclination was towards playing the clarinet, but soon he realized his true calling was a violin and proved his talent so well that he became known as the child prodigy in violin. He was taught violin by Constantin Debergue, a local free black violinist and director of the local Philharmonic Society founded by free Creoles of color. Later, he also studied under Italian-born artist Ludovico Gabici, the St. Charles Theater Orchestra director. Dédé is also touted as one of the most basic publishers of music in the city.

To strengthen his musical talent, He took theory classes from French-born Eugène Prévost, winner of the 1831 Prix de Rome and conductor of the orchestra at the Théâtre d’Orléans, to study counterpoint and harmony. He also took classes from New York-born black musician Charles-Richard Lambert, the father of Sidney and Charles Lucien Lambert and a conductor of the Philharmonic Society. He had a short stint of lessons with Ludovico Gabici, but due to the hostile conditions prevalent, Edmond Dédé fled to Mexico. Well along, Dédé returned and began working as a cigar maker to collect money to move back to Europe.

In 1852, he composed what became the oldest surviving piece of sheet music by a New Orleans Creole of color, “Mon pauvre Coeur”. With the money he earned and with help from his friends, he travelled first to Belgium and then to France. Edmond Dédé auditioned for the Paris Conservatoire de Musique (Paris Conservatory of Music), which he passed in 1857. Edmond befriended one of the teachers at the conservatory and the celebrated Jacques-François Halevy, with whom his friendship deepened, forming a long-lasting relationship. He was also taught by famous French violinist and teacher Jean Delphin Alard. Once he finished his studies, he settled in Bordeaux, France.

Dédé met and fell in love with a French woman, Sylvie Leaflet, who was the daughter of a local bourgeois. The couple Edmond Dédé and Sylvie Leaflet got married in 1864, and in 1865, their son Eugene Arcade Dédé was born, who went on to become a classical music composer. Eugene’s ‘Mazurka En chasse’ was a famous orchestrated by his father. He well along succeeded Dédé as an instrumentalist and composer.

Dédé’s career spanned long as spent 27 years in the capability of Orchestra Conductor at the Theatre l’Alcazar. During this time, He indulged in conducting light music performances at the Folies Bordelaise. In 1865, He composed his most famous composition ‘Quasimodo Symphony’ which was first performed by an African-American conductor and musician Samuel Snaer Jr. on May tenth, 1865, in the New Orleans Theater. Dédé continued to make up more music like ‘Le Palmier Overture’ and ‘Le Sermente de L’Arabe’. In 1893, He visited New Orleans for the most recent time in the steamer Marseille which was almost devastated in a shipwreck at sea.

Although Dédé survived, Edmond Dédé lost his favorite Cremona violin at sea. However, despite his obvious devastations, he continued his performances with a new instrument, which was highly applauded. Dédé then bade his farewell to his city with his song ‘Patriotism’ in which he sang how he laments his destiny to live far away because of “implacable prejudice” in his homeland. He was then offered honorary membership in the Société des Jeunes-Amis, an important local social group composed chiefly of Creoles of color. But ethnic differences and his family settlement in France made him refuse the proposal. Edmond Dédé then returned to France to take up full membership in the Society of Dramatic Authors and Composers in 1894

He travelled to Bordeaux, France and stayed there. For the next 27 years, He served as the orchestra conductor at the Théâtre l’Alcazar in Bordeaux. It was in the year 1864 that he stayed in Bordeaux. In 1893, He returned to his place of birth, New Orleans, to perform. In Edmond Dédé lifetime, this was his only visit to his birthplace. During the voyage, the steamer Marseille on which he was travelling was almost ruined in a shipwreck. he survived the ordeal, but his favorite Cremona Violin was lost at sea. He was devastated by the loss and performed in New Orleans with a new instrument. His performance still received thundering applause.

Dédé’s compositions are collection from operetta and ballet to chamber music and popular songs. There was a lot of not the same influence on his music like his American upbringing, his French tuition and his conduction of the French repertoire. Edmond Dédé songs style can be termed as the traditional mid-19th century with a practiced orchestra use.

Edmond dédé birthday, celebrated every year in the place where he lived. He studied Conservatoire National Superior de Musique et de Danse de Paris. His famous album name is “Mon Pauvre Cœur”. How old is Edmond is shown in feathered in Google Doodle on his 194th birthday on November 20 2021. His wife name Sylvie Leaflet. He had one son, Eugene Arcade Dédé, who became a music great hall conductor and composer of popular songs. He was a Catholic

Who was Edmond Dédé?

He was a famous free-born Creole musician and composer from the United States. Who is Edmond, the answer is he is most famous for his composition “Mon Pauvre Cœur” (My Poor Heart). His famous compositions are Quasimodo Symphony, Le Palmier Overture, Le Serment de L’Arabe and Patriotism. He moved to Paris, France, in 1855 for his studies.

What are the educational qualifications of Edmond Dédé?

What is the nationality of Edmond Dédé?

He is French who was born in the United States.

He was married to a French woman, Sylvie Leaflet. His wife is French women.

The profile of Edmond is entirely given on the Wikipedia page. https://en.wikipedia.org/wiki/Edmond_Dédé is the link that helps to get more details. His age Wikipedia tells the age of the Edmond.

In 1864, Edmond married a Frenchwoman Sylvie Leflet. Later marrying one another, the two settled in Bordeaux. Edmond dédé wife age Wikipedia is clearly shown in this page.

Edmond Dédé Sylvie Leflet couple had one son, Eugene Dédé, who also became a music hall conductor and a composer of a number of songs that are popular up until this date.

Regarding Edmond Dédé net worth there is no information available about how much Edmond is worth. In case there is an update on how much he made throughout his line of business and what’s that equivalent in today’s money.

Edmond Dédé died on January 5, 1903 and he was just 75 years old. The particular Edmond Dédé death cause of his death is unknown.

In the beginning of 1860s, He went to Bordeaux so only he could take up a job offer, which was as an assistant conductor for the ballet at the Grand Theater, and within a couple of years into the job, he got a job at the Théâtre l’Alcazar, a popular café-concert in the city. In the 1870s, he moved to the Folies Bordelaises and throughout his career, Dédé continued to compose art and music, which he sought to have performed at the more prestigious Grand Theater.  In 1893, Edmond returned to New Orleans, and during his voyage to the United States, his freighter sank, which resulted in a rescue and when he arrived to New Orleans, 3 advantage concerts were held in his honor. His death is mostly unfortunate.