Where Does Queen Elizabeth II Live? A Guide to Her Six Homes 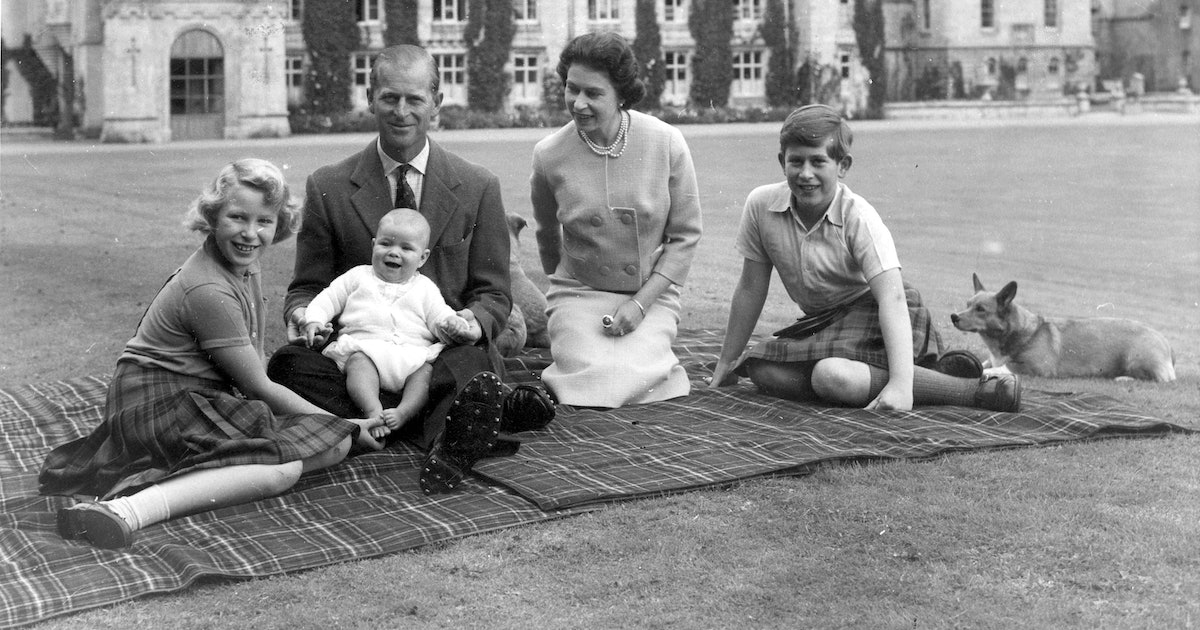 On September 8, 2022, Queen Elizabeth passed away at the age of 96 from the comfort of Balmoral Castle in Scotland. The estate is one of six properties including the better known Buckingham Palace and Windsor Castle, where Her Royal Highness lived throughout each year. But Balmoral wasn’t her only home outside of England; she also owned a castle (technically a house) in Northern Ireland that she had recently begun sharing with the country’s Secretary of State. Here, get to know all the places the Queen resided over the course of her historic, decades-long reign.

The British royal industrial complex bills Buckingham Palace as the “centerpiece of the U.K.’s constitutional monarchy,” which is to say HQ. It’s where the Queen gave birth to Princes Charles and Andrew, and has long served as the venue for her weekly audiences with the Prime Minister. HRH was quite fond of making what are known as “Royal Balcony appearances” on special occasions—under the supervision of the Queen’s Guard and their giant hats, of course.

Fans of The Crown are already familiar with Balmoral Castle, the Queen’s private property and go-to getaway in the Highlands of Scotland. (The public is only permitted to visit the ballroom and gardens.) According to her granddaughter, Princess Eugenie, the Queen was at her happiest when she was roaming its 50 acres. And yes, just like in the Netflix series, there really is a “Balmoral Test”: If you’d like to cozy up to the royals, you better know your royal protocol and brush up on your hunting and horseback riding skill. Princess Diana passed with flying colors. The castle later served as the Queen’s refuge in the wake of Diana’s death, and would ultimately be where the Queen herself passed away on September 8, 2022.

The Queen’s ties to Windsor Castle, located less than an hour away from Buckingham right outside of London, date back to when she and Princess Margaret hid out from World War II. She would go on to spend many a private weekend there, as well as a month around each April known as Easter Court. Don’t let the fact that there are only 13 acres fool you: The castle is just as extravagant as the rest, boasting 1,000 rooms. The property, which was founded by William the Conqueror in the 11th century, is in fact the largest and oldest occupied castle in the world.

Apart from the corgi gravestones in the foreground, you could have told us that the above photo of Sandringham Estate’s exterior was a still of Highclere Castle in Downton Abbey. The royals have an annual tradition of celebrating Christmas at this country home in Norfolk, and Queen Elizabeth II specifically had a tradition of traveling the 100 miles from London it takes to get there by train. (She also recorded her annual Christmas Day broadcast at the estate.) With 20,000 acres of land, there was plenty of room for Harry and William’s soccer (aka football) games back when they were wee lads. With the help of more than 200 employees, it annually welcomes around half a million visitors who come to enjoy attractions such as the Windsor Farm Shop or “Apple Juice HQ.”

As the tenant of what’s served as the official Scotland residence of the British monarch since the 16th century, Queen Elizabeth II was able to spend one week of the summer in the comfort of the Palace of Holyroodhouse. You know it must be nice if it was once home to Mary, Queen of Scots. Fortunately, the Queen had a much more peaceful time there than Mary, who witnessed her private secretary get stabbed 56 times in the Supper Room near her bed chamber.

Last but not least, there’s Hillsborough Castle, where the Queen stayed whenever she visited Northern Island. Comparatively speaking, though, this one isn’t too regal. The 94-year-old monarch shared it with the country’s Secretary of State. (It’s considered a “politically neutral venue.”) What’s more, the castle is actually a house; back in the 18th century, it was common for the rich upper castles to play up their family antiquity. Whatever you want to call it, the Queen first moved in when she was a 20-year-old princess “learning the ropes” of royal overseas visits such as the one below with then-Irish president Mary McAleese.

This article was originally published on 02.04.22