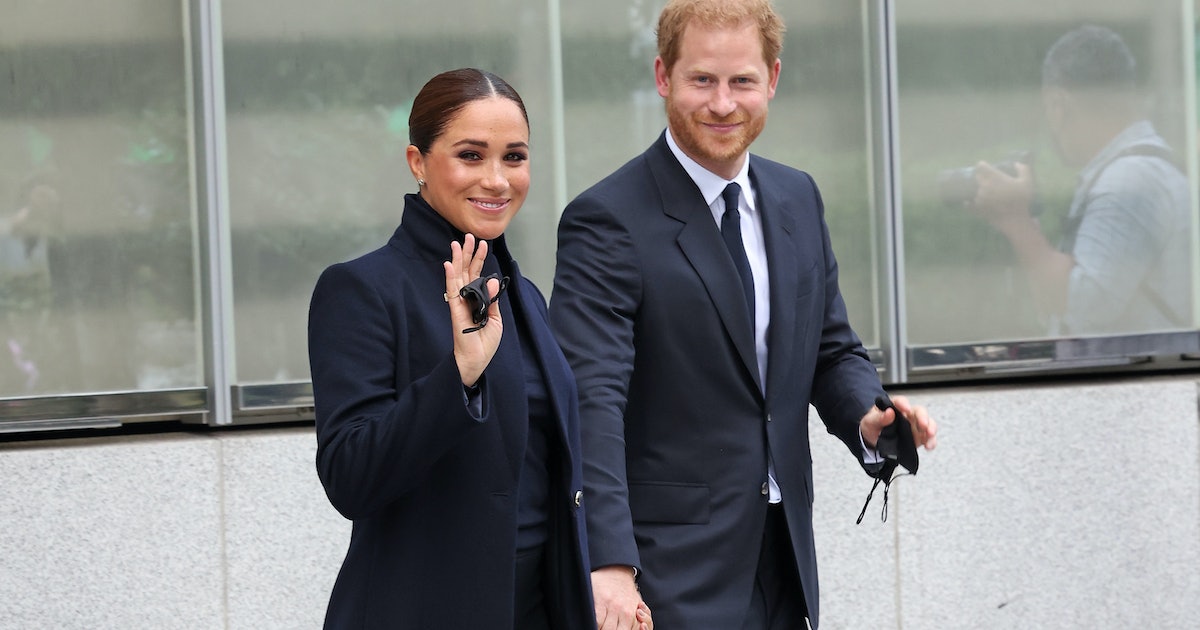 Prince Harry and Meghan Markle have recently found themselves in the UK more often than expected for a couple who lives in California and hasn’t been getting along with their family across the pond. In fact, they were already in London on Thursday when news broke that the health of Harry’s late grandmother, Queen Elizabeth II, had taken a turn for the worse. Unfortunately, he arrived to Balmoral Castle in the Highlands of Scotland an hour and a half after she peacefully passed. But he still got to spend time with his aunts and uncles Charles, Camilla, and Anne, as well as his somewhat estranged brother William—and it sounds like he’ll be doing a lot more of that for the foreseeable future.

It stands to reason that Harry and Meghan would remain in the UK until the Queen’s funeral, which will take place at Westminster Abbey within the next 10 days. (Meghan did not join her husband at Balmoral, and their spokesperson declined the New York Times’s request for comment on why.) But Harry—and maybe even Meghan and their children, Archie and Lilibet—may stick around after the service. According to protocol, Harry will then observe a period of Royal Mourning.

The impact of the Queen’s death will stay with Harry and Meghan’s family long after they eventually return home. For starters, Harry will no doubt continue grieving; he and his grandmother long shared a special bond, and Meghan was also fond of the Queen. Throughout all of their public criticism of the royal family, the couple has only had positive things to say about her; she’s even the namesake of their daughter Lilibet. As for their son Archie, the loss of his great-grandmother will change the rest of his life: The three-year-old now has the right to use the title of prince. (Harry’s dad, the newly anointed King Charles III, has made it clear that he didn’t want his grandson to take on the title—purportedly because he wants to “slim down” the royal family, though Meghan has hinted that she believes racism was also a factor.)

On the bright side, the consequences of the Queen’s passing include an opportunity for Harry to make more progress with his plans to heal his fraught relationships with his father and brother, Prince William. He can get started as soon as today: On Friday, the royal was photographed leaving Balmoral to join the rest of the fam in England’s capital.