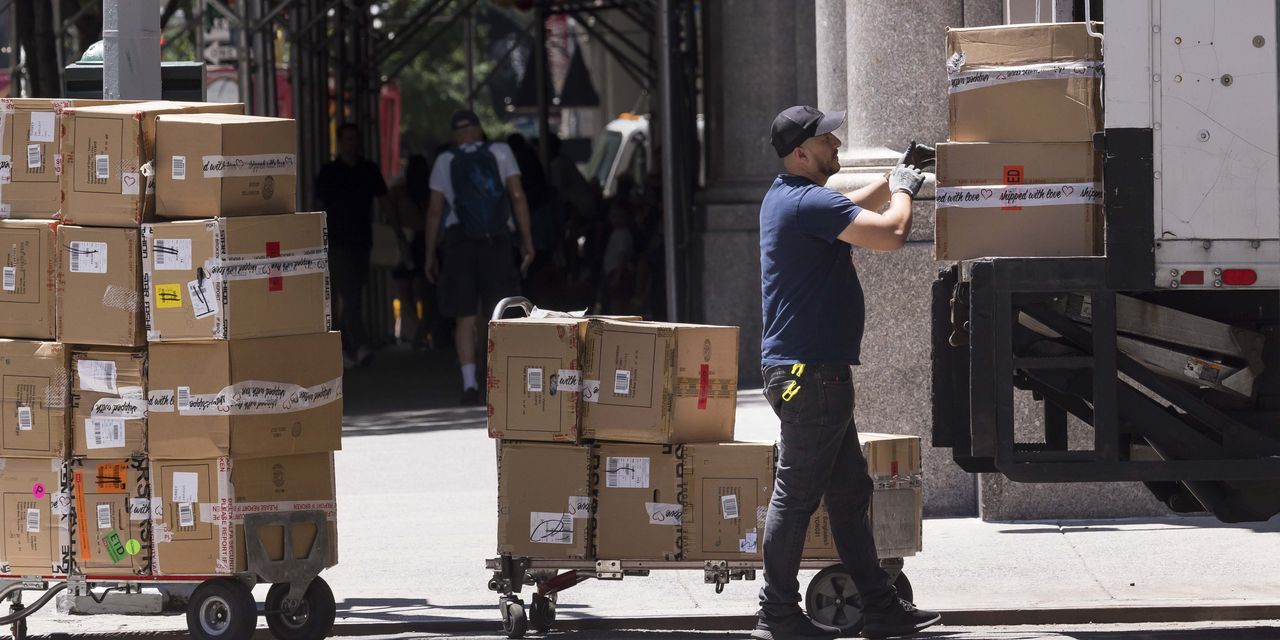 The consumer-price index’s pace for June eclipsed May’s annual rate of 8.6% that led Federal Reserve officials to shift to a faster pace of benchmark interest-rate increases, according to meeting minutes released last week.

Core prices, a measure that strips out volatile food and energy components, increased by 5.9% in June from a year ago, a slightly slower pace than May’s 6%, the Labor Department said Wednesday. On a month-to month basis, core prices accelerated slightly to 0.7% in June compared with the prior month, when they rose by 0.6%.

Prices were up broadly across the economy, with gasoline far outpacing other categories with an 11.2% gain over the prior month. Gasoline prices have been on a downward path in recent weeks. Shelter and food price increases were also major contributors to inflation, the Labor Department said.

Investor expectations of slowing economic growth world-wide have led to a decline in commodity prices in recent weeks, including for oil, copper, wheat and corn, after those prices rose sharply following the Russian invasion of Ukraine. Retailers have warned of the need to discount goods, especially apparel and home goods, that are out of sync with customer preferences as spending shifts to services and away from goods, and consumers spend down elevated savings. Economists expect those developments to subdue price pressures in the coming months.

Retailers’ ability to shed unwanted inventory could test whether pricing is returning to prepandemic patterns, Ms. Rosner-Warburton said. Some retailers, such as Target, have already said they are planning big discounts. Others with robust warehouse capacity, such as

could be more likely to hold on to their excess inventory, analysts say.

“It would be really important if we do see discounting return, because it would show that we weren’t that far away from the pre-Covid environment in terms of pricing behavior,” she said.

The Fed raised its interest-rate target by 0.75 percentage point in June, the largest increase since 1994. Slowing demand is key to the Fed’s goal of restoring price stability in an economy that is still struggling with supply issues, but raising interest rates also elevates the risk of a recession.

The Fed is also trying to prevent consumer expectations of higher inflation becoming entrenched, since such expectations can be self-fulfilling. Fed Chairman

has said the central bank wants to see clear evidence that price pressures are diminishing before slowing or suspending rate increases.

Persistent high inflation is putting a strain on businesses and consumers who, after decades of price stability, aren’t used to it.

Dan Waag, 55 years old, the owner of Arlene’s Sunny Side Cafe in Alcester, S.D., made the difficult decision to close for a week after concluding that a drop in the number of customers was leaving the restaurant’s finances in the red.

“I know these are tough times with this inflation, little to no rain for the farmers, gas prices as high as they are,” he wrote to his customers on Facebook.

Mr. Waag attributes the slowing demand to a poor season for the corn and bean farmers in the area, and the added toll of higher gasoline prices that might make an outing to his restaurant an unaffordable luxury. He hasn’t changed his prices yet, but with his own rising costs and a drop in daily revenue from around $600-$700 to $300-$400, he feels he may have to soon.

By closing for a week, he said he is betting customers will realize the value of having a non-fast food restaurant in their town of around 800 people. “I’m trying to show people, ‘This is what it will be like if I have to stay closed,’ ” Mr. Waag said.

Consumer inflation expectations have improved somewhat, according to a Federal Reserve Bank of New York survey this week. Americans expect slower inflation increases over the longer run than they had in recent months. The bank said in its June Survey of Consumer Expectations that respondents see the annual inflation rate three years from now at 3.6%, down from their expectation in May of 3.9%. The bank also said respondents expect the annual inflation rate five years from now to be 2.8%, down from their May expectation of 2.9%.

Higher interest rates won’t have the same effect on all prices simultaneously, economists say. Costs such as mortgages and rents—a big part of household budgets—respond over time to the demand-sapping effects of higher interest rates. Housing inflation is important because it represents around 40% of core CPI and around 17% of the Fed’s preferred inflation gauge, the personal-consumption expenditures price index.

“High rents are really troubling because they’re locked in once every year or once every two years, and that’s what leads people to go ask their boss for higher wages,” said Lara Rhame, chief U.S. economist for FS Investments.

Record home prices and higher mortgage rates in May made it the most expensive month since 2006 to buy a home. Those conditions are leading prospective buyers to drop out of the market for now. But with limited supply and continued demand, it may take months before housing prices see significant declines.

“We entered this year with so much more demand than supply—even with many home buyers unable to compete in the market, there’s still a lot of buyers,” said