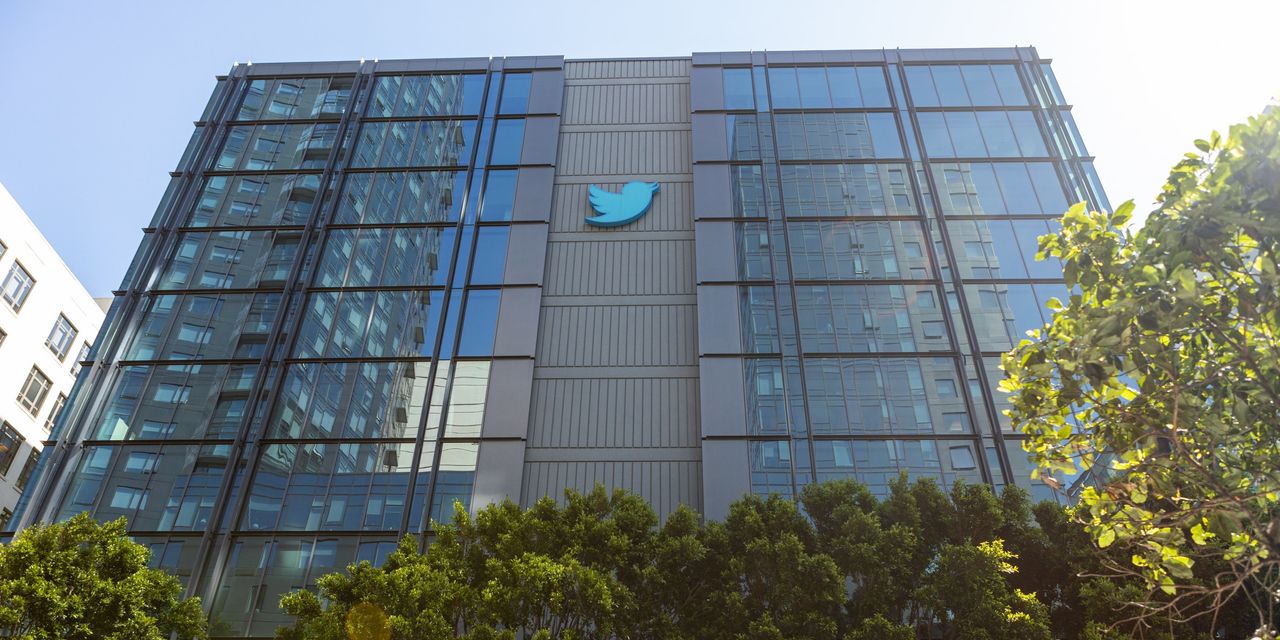 over the billionaire’s attempt to walk away from his $44 billion takeover bid, seeking to force him to honor the terms of the deal.

The suit, filed in Delaware Chancery Court on Tuesday, comes days after Mr. Musk moved to terminate the acquisition, saying the company hadn’t provided the necessary data and information he needed to assess the prevalence of fake or spam accounts and was “in material breach of multiple provisions” of the merger agreement.

Twitter said it has “bent over backwards” to provide Mr. Musk the information he has requested, and is suing Mr. Musk to enforce consummation of the merger. The company also said Mr. Musk repeatedly breached the terms of the agreement, such as by tweeting in May that the deal was “on hold.”

“Having mounted a public spectacle to put Twitter in play, and having proposed and then signed a seller-friendly merger agreement, Musk apparently believes that he—unlike every other party subject to Delaware contract law—is free to change his mind, trash the company, disrupt its operations, destroy stockholder value, and walk away,” Twitter said in the complaint.

Twitter said Mr. Musk had a change of heart as soon as market conditions soured, resulting in his personal wealth declining by more than $100 billion from its November 2021 peak. “Rather than bear the cost of the market downturn, as the merger agreement requires, Musk wants to shift it to Twitter’s stockholders,” the company said.

The San Francisco-based social-media company also said Mr. Musk has put the company in financial jeopardy. “Since signing the merger agreement, Musk has repeatedly disparaged Twitter and the deal, creating business risk for Twitter and downward pressure on its share price,” according to the complaint.

Twitter said it’s prepared to hold a stockholder vote on the deal as early as mid-August and that Mr. Musk must close the transaction within the following two days. Any delay, it said, could hurt its business.

Musk should be ordered to work toward satisfying the remaining closing conditions of the acquisition, the company said in the complaint, and ordered to close once those conditions are satisfied.

Twitter shares rose 1.5% in after-hours trading. A lawyer for Mr. Musk didn’t respond to a request for comment on the lawsuit.

In filing the lawsuit, Twitter requested expedited treatment of the case, which it said would protect its shareholders from “the continuing market risk and operational harm resulting from Musk’s attempt to bully his way out of an airtight merger agreement.” Expedited cases in the Chancery Court typically play out over the course of a few months rather than months or years.

Mr. Musk’s lawyer argued in a letter filed with regulators last week that Twitter’s longtime estimate of spam and fake accounts—the company has said for years that fewer than 5% of its monetizable daily active users are spam and fake accounts—appears inaccurate, and therefore could represent a “material adverse effect.”

Under the concept of “material adverse effect,” a buyer must show that a company’s actual business differs dramatically from what they agreed to buy. It is a high bar that very few buyers who have gotten cold feet have successfully invoked. Mr. Musk’s filing didn’t provide evidence to back up his assertion that the estimate was inaccurate or offer an alternate calculation. Rather, his lawyer wrote, “Mr. Musk has reason to believe” that the true number of spam accounts is “substantially higher” than Twitter’s estimate.

Twitter said the spam and fake accounts issue and other grounds Mr. Musk cited for terminating the deal are pretexts and lack merit.

The company said Mr. Musk sought to discredit its internal process for estimating spam and fake accounts on multiple occasions, such as by publicly tweeting a misrepresentation of its sample size as just 100 accounts. “As the market continued to fall, Musk persisted in his public and misleading attacks on Twitter’s handling and disclosure of spam or false accounts,” according to the complaint.

Data scientists say it isn’t easy to objectively determine such activity on a platform where hundreds of millions of tweets are posted daily.

Twitter had signaled it planned to hold Mr. Musk to the merger agreement. The company’s lawyers said in a letter disclosed Monday that Mr. Musk’s intention to abandon the transaction was “invalid and wrongful” and that Twitter hasn’t breached any of its obligations.

Twitter’s lawyers said in that letter the agreement isn’t terminated, the bank and equity commitments remain in effect, and demanded that Mr. Musk’s team comply with its obligations. “Twitter reserves all contractual, legal, and other rights, including its right to specifically enforce the Musk parties’ obligations under the agreement,” they said.

Twitter has said repeatedly it has cooperated with Mr. Musk to consummate the transaction “in accordance with the terms of the merger agreement,” including providing Mr. Musk with access to what is known as the fire hose—raw data on tweets being sent every day.

According to corporate law experts, Twitter appears to be on a sounder legal footing than Mr. Musk, but the bigger question is whether Twitter could force the billionaire to buy a company he doesn’t want to own.

Though deal-escape cases aren’t unusual, there have been few instances in which remorseful buyers were compelled to follow through on their purchases. In 2001,

was forced to acquire meatpacker IBP Inc. after initially attempting to back out of the deal.