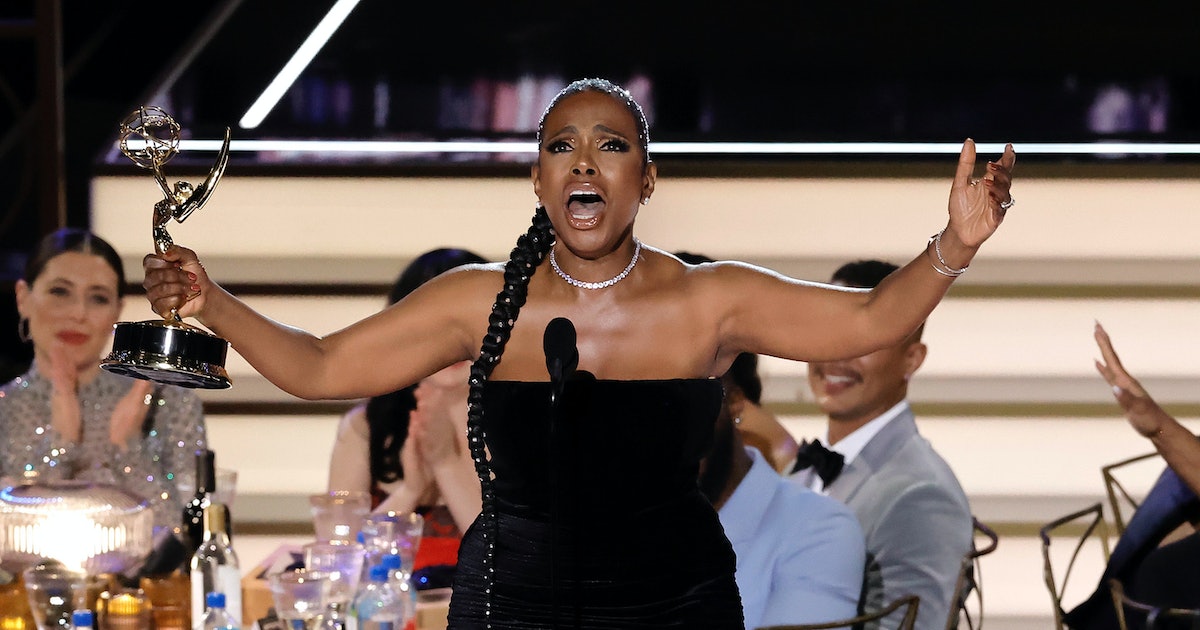 Sheryl Lee Ralph had her career breakthrough as Deena in the original Broadway production of Dream Girls. Forty years later, she finally won her first major show business awards for her role as Barbara Howard on Abbott Elementary and gave a show-stopping acceptance speech that both cements why she’s a Broadway legend and is sure to go down in the history books. And is there an Emmy for Best Awards Show Acceptance Speech? Because she deserves that one too.

Ralph, at first, seemed shocked when her name was announced for the win—perhaps for good reason. While her performance has been critical acclaimed, she didn’t come into the night as the odds-maker’s favorite to win (she was up against last year’s Best Supporting Actress in a Comedy Series winner, Hannah Waddingham, not to mention past winners Alex Borstein and Kate McKinnon). Her face gave no hint that she had something planned.

Once on the stage, however, she dove into a performance of Dianne Reeves’s song “Endangered Species.” “I am an endangered species, but I sing no victim’s song,” she sang. “I am a woman. I am an artist. And I know where my voice belongs.”

But that wasn’t all. Ralph also thanked show creator Quinta Brunson, her husband, children and, of course, all the voters.

The moment left Keenan Thompson speechless; same for Lizzo, who had to follow the moment by presenting the next award.

It certainly was a deserving and big moment, 45 years in the making. While Ralph has been nominated for a Tony, a Drama Desk Awards, and multiple NAACP Image Awards, her only other award came back in 1991 at the Independent Spirit Awards for her work in To Sleep With Anger. Something tells us she might not have to wait that long for her next one.

It’s also nice that one of the most talked-about moments at the awards show was actually something people enjoyed.