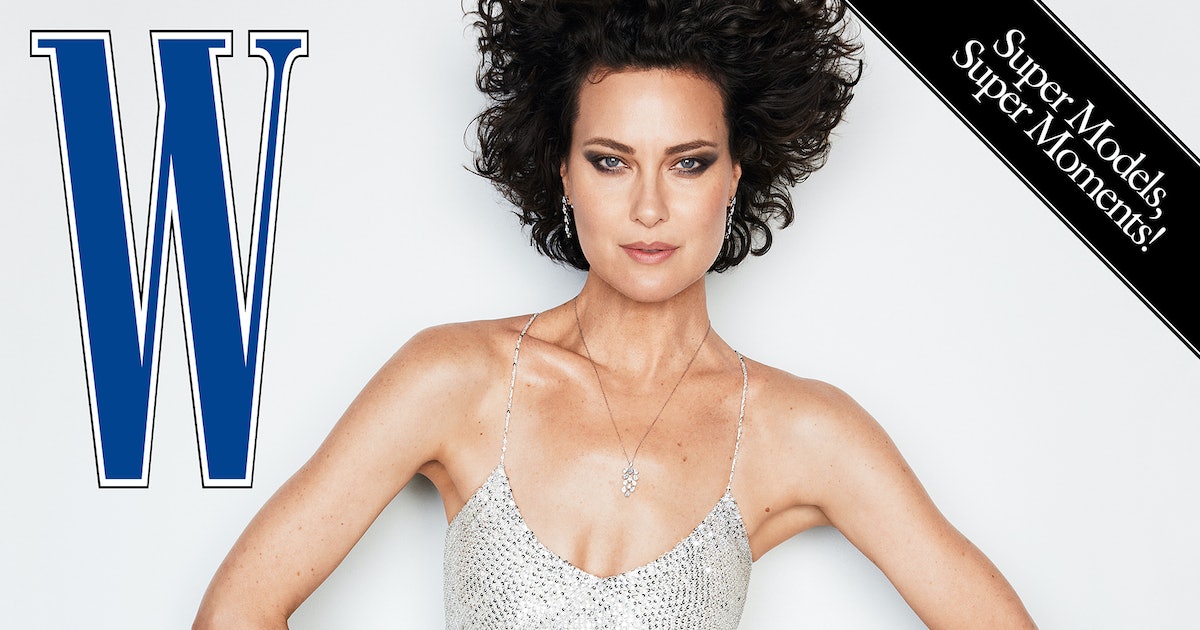 Do you remember when you were first considered a supermodel?

Amber [Valletta] and I were originally called the “anti-supermodels,” and then somehow, at some point, we became known as supermodels ourselves. We were the antidote to the traditional supermodels, because we represented a different aesthetic and we were confronting what the beauty norms were at that point: the Richard Avedon super-goddess glamazons.

What do you consider a career highlight?

Coming back to work for Versace and then the Instagram thing that followed was really a thrill for very personal reasons. I had been on hiatus for eight years. It wasn’t a choice; it was mandated. I got really sick with late-stage Lyme and severe black mold poisoning from a contaminated house in Big Sur that I was living in at the time. The two things happened concurrently. The fact that I made it through and was able to regain my health and strength is quite a substantial accomplishment. Anyone who’s been on set knows it’s like a 12-hour day of being in a nightclub. It’s high stamina, and you’re sprinting through a marathon. So to be able to perform at this level is really a celebration for me. That I can work every day in a healthy body close to my fifth decade—that’s the career highlight.

Did you find a different industry when you came back?

Yeah. For better and for worse. When I wasn’t working, that’s when everyone went to digital. Before, we would have maybe 10 or 12 people on set, and now there are 50 or 75. A lot of that is because of the digital content. Some of that is really fun. It gives us more access to a voice. In the past we were like silent film actresses, so to have access to a voice is a different experience. But then, walking down a runway where everyone has their phones up feels not great. The focus is different. And even the afterparties are less fun. People are performing for their cameras rather than actually dancing with each other. Fashion parties used to be fun, but now they’re just promotional opportunities.

The photographer Michael Thompson is responsible for many of W’s most recognizable images from the 1990s and early aughts. For this issue, he reunited with Shalom Harlow, Amber Valletta, and Christy Turlington Burns for a shoot that embodies his playful, minimalist style and showcases the rebellious spirit that unites all three models.