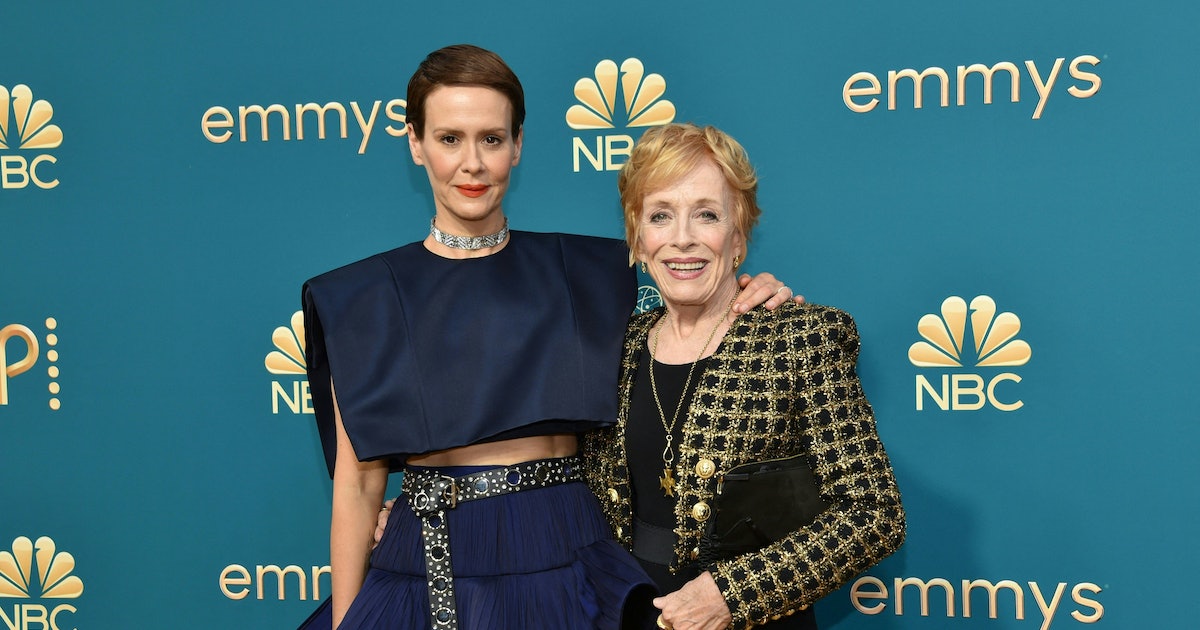 Sarah Paulson is no stranger to the Emmy Awards. The actress celebrated her eighth nomination on Monday night, arriving to the red carpet as only a veteran could, stealing the spotlight in an eye-catching look, as always, and with her partner, Holland Taylor in tow.

For the event, Paulson wore a custom navy blue Louis Vuitton two-piece set, styled by Karla Welch. The ensemble featured a structured, square-shaped crop top, reminiscent of the silhouette seen in Nicolas Ghesquière’s resort 2023 collection for the brand. On the bottom, Paulson wore a ruched skirt in the same dark blue hue, featuring a peplum at the waist. A studded belt—also popular on the resort runway—and a silver choker added a bit of edge to the look, which she finished off with her short hair gelled down and an orange-red lip.

But the crème de la crème of Paulson’s look was what was on her arm. No, not a Judith Leiber or Roger Vivier clutch, but her partner, Holland Taylor. The fellow-actress has always been very supportive of Paulson at award shows, and the 2022 Emmys were no different. Taylor, who wore a black and gold tweed jacket with large, gold buttons on the carpet, posed for photos with Paulson, solidifying themselves as our favorite couple at the award show tonight.