Sampa the Great on New Album ‘As Above, So Below’ & Zambian Influence 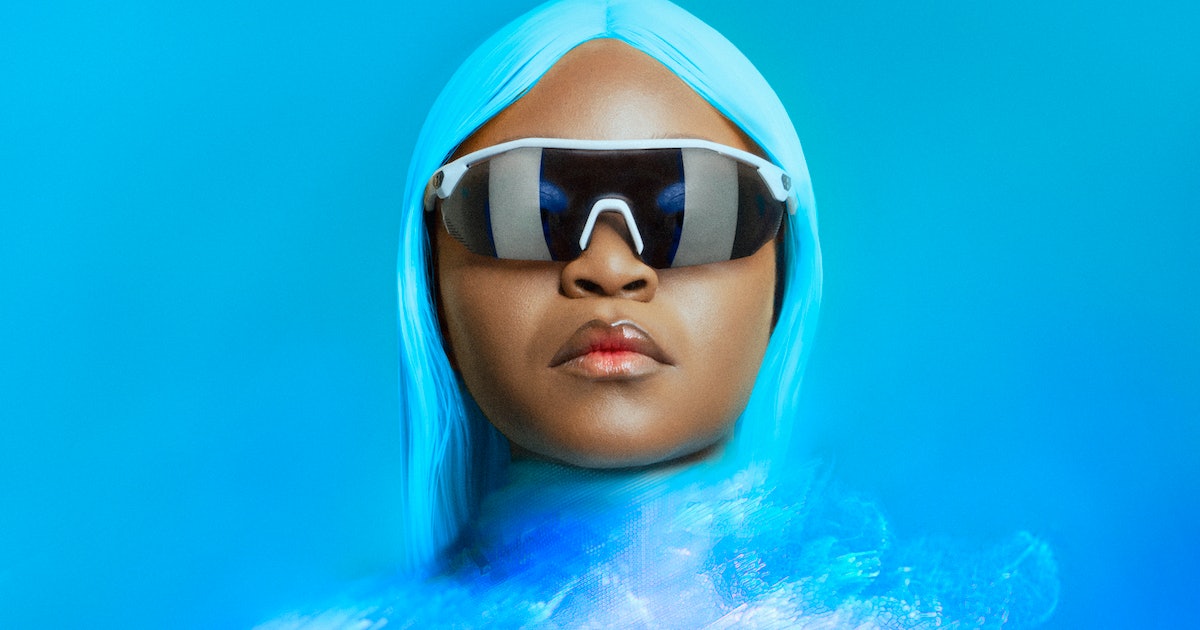 The first song on Sampa the Great’s forthcoming sophomore album, As Above, So Below, opens with a pointed call to action. “Find out who you are,” the Zambian-born, Botswana-raised rapper whispers over a chilling melody. The track, “Shadows,” feels like existential free fall—or a dark void in which ghouls try to convince her she can’t outrun past hurt. Either way, Sampa the Great, born Sampa Tembo, is at odds with looming forces, and the way to victory is through self-discovery.

The opening sets the thematic tone for As Above, So Below, the follow-up to her critically acclaimed 2019 debut LP, The Return. The new project, out Sept. 9, is all about self-acceptance and embracing authentic expression. Still, there were some concerns about starting the album with “Shadows.”

“Everyone was like, ‘That’s too intense to be the first song on the album,’” Tembo tells me on a Zoom call in August. But it’s one of the most honest tracks on the LP, she adds. “It’s this sentiment of: now that I’m finally at a place that I like, I’m looking back at the battle scars and saying, ‘Okay, these are the shadows that followed me from the last place, and this is what I learned from it,’ before going into the rest of the album.”

When we speak, the 29-year-old artist is relaxing in a hotel room, just hours before she’ll take the stage at the Day In Day Out music festival in Seattle—one of the stops on her tour of the Americas. Tembo has been on the road over the past few months, performing in Australia and at festivals in the European Union. Her travels will continue into the fall: She’s billed as a special guest on Billie Eilish’s “Happier Than Ever” world tour in Australia and New Zealand this month, and she’ll be kicking off her solo EU tour in October.

Tembo’s calendar is undoubtedly stacked, though it’s hard to tell by how calm and collected she is when we chat. Her poised demeanor emits the confidence of someone who has done some effective soul-searching. Much of that has to do with her experiences over the past two and a half years: At the beginning of the pandemic, Tembo traveled from Australia, where she was based since 2013, back to Zambia to check on her father, who contracted COVID. Shortly after, Australia went on lockdown, barring Tembo from re-entering.

The singer and rapper saw the turn of events as an opportunity to reconnect with her home and be with family—making music hadn’t crossed her mind right away. “Usually, music is birthed from these times, but something felt really different and hectic about this particular situation,” Tembo says, thinking back on the global turmoil of 2020. “That made it tough for me to want to express myself.”

Soon after moving back to Zambia, Tembo found out her uncle was a founding member of the musical ensemble WITCH (though he left the group early on), a legendary Zambian band that helped usher in the genre of Zamrock in the 1970s. The melodic category fuses western styles of rock, blues, and funk with traditional Zambian beats and vocals.

“I re-examined and explored what Zambian music is for me and what I want to share with the world,” Tembo says. She started working with Zambian producers Mag44—“who I’ve wanted to work with since high school,” she adds—Sam Nyambe, Sammy Masta, and Solomon Plate on a body of work that was more of an artistic release than a concerted effort to make a new album. But as time went on, the project took shape.

There was a noticeable weight lifted off Tembo’s shoulders while creating As Above, So Below, which she calls her freest project to date. She was less concerned about speaking for the entire African diaspora and representing people who had lived experiences outside of her own—a certain pressure she felt as her career burgeoned in Australia. “So many struggles came with wanting to be heard as a Black artist, let alone a Zambian artist, in a country where the mainstream doesn’t look like you,” she says, thinking back on her time in Australia. While she’s grateful for that chapter of her life, returning to Zambia brought a sense of freedom for which she had yearned. “It just felt like, ‘We’re home,’” she says.

Themes of African liberation on As Above, So Below, bolstered by the inclusion of Bantu languages such as Bembo, Nyanja, and Setswana, are undeniable. On tracks like“Lane,” featuring Denzel Curry; “IDGAF,” with Kojey Radical; and “Let Me Be Great,” featuring Beninese Grammy winner Angeliqué Kidjo, Tembo asserts her greatness with unfettered panache. In the visuals for “Never Forget”—which features Chef 187, Tio Nason, and Tembo’s sister, Mwanjé—she reminds the world of Africa’s global impact while paying homage to WITCH through archival clips.

With the baton in hand, Tembo intends to advance the ethos of Zambian expressionism. The visuals in her music videos and live performances incorporate dazzling Afro-futuristic details—intricate outfits with structured silhouettes and set designs with elemental, utopian motifs—allowing her to create a world of limitless Black articulation. This was a central quality of her tour, “An Afro Future,” in Australia earlier this summer. “I love sci-fi, fantasy, and being able to tell African stories in a way that is different from what people think we can do visually,” Tembo says. She eventually hopes to expand on her storytelling through film, “which is my first love,” she adds.

The more Tembo opens up about her journey, the clearer it becomes that she’s proud of where she is. “I underestimated the courage it took to go to another country, start a career there, and fight the social norms that happen in that country, then come back home and try to do the same thing,” she says. Making As Above, So Below helped her realize just how resolute she is and how it has paid off. “I’m proud of the way this sounds and what it makes me feel, so I’m happy to release it to the world,” she says with a warm smile. She hopes that others will also feel inspired to be the most fearless, authentic versions of themselves after listening to the album—and that they’ll walk in the truth of their light, unbothered by any lurking shadows.