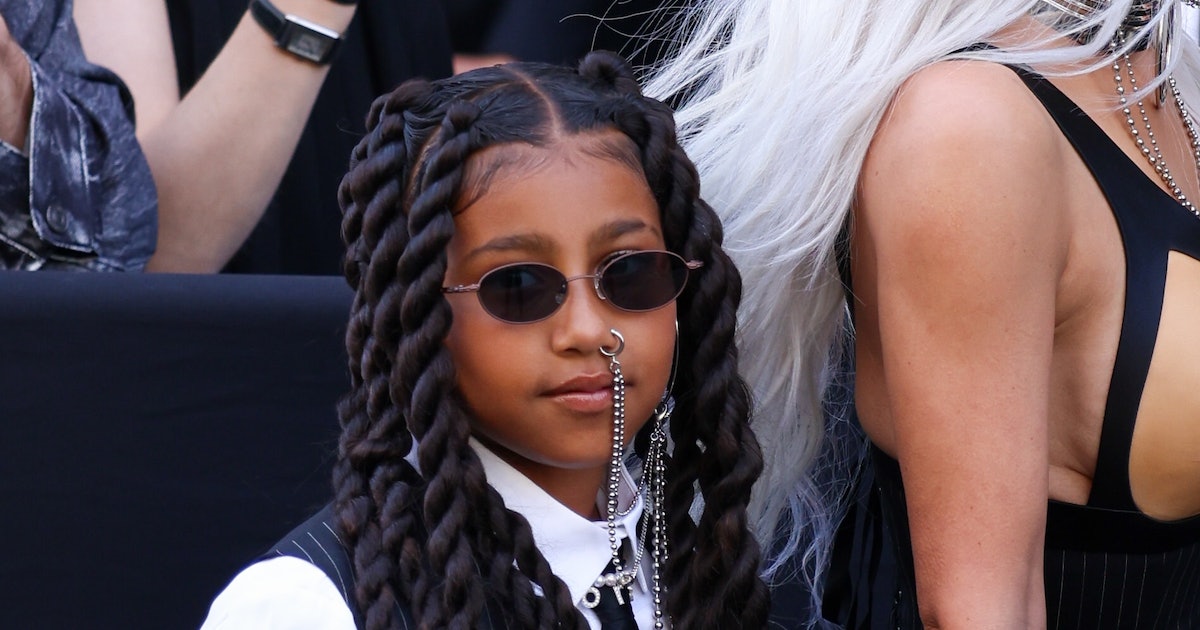 Nicole Kidman may have made her runway debut at Balenciaga and Vetements recreated an iconic Paris Hilton meme, but North West has emerged as the true star of couture week. From the moment she stepped out in the Balenciaga HardCrocs and her dad’s Pastelle varsity jacket, it was clear that Kim Kardashian made the right choice in her plus one for the trip. The nine-year-old has been leaving her mark on the city of love, not just with her high fashion looks (though those were top notch), but with her classic West antics, namely her ongoing and likely futile quest to get people to stop paying attention to her.

Still, we have to give her props for trying. West has proven to be very outspoken, so it was no surprise when, while leaving a restaurant on Thursday, she took advantage of the hoards of paparazzi trying to snap her pic to share her annoyance. “Why do you have to wait for us all the time?” West asked, a smile on her face suggesting she already knew the answer.

The famous offspring then got a bit more creative with her tactics while sitting front row at Olivier Rousteing’s guest collection for Jean Paul Gaultier. At the time, West was seen writing on her invite, and many assumed she was simply doodling, as kids do. Then, on Friday, Kardashian shared an array of photos from the show on Instagram, the last slide revealing the mystery of what West was actually writing. In a video from the show, a straight-faced West can be seen holding up a piece of paper with the word “STOP” written in huge letters.

“For anyone who knows North knows how funny she finds the last slide!” Kardashian wrote in the caption of the Instagram post. “North I guess had it with the people taking pictures of her so she wrote on her invite STOP and held it up and wanted them to just focus on the show…” Of course, West didn’t get her way, and people kept snapping away, which is probably to our benefit, as that means we got a better look at her outfit for the show. West wore a pinstripe pleated skirt and vest atop a white button-down and tie, which was paired with knee-high combat boots, a faux nose ring, and a matching pinstripe beret. The ensemble turned West into a little ‘80s punk American Girl Doll, one who loves Madonna’s “Express Yourself” and dreams of one day moving to the East Village. Standing next to her mom—who wore an updated version of Gaultier’s famous pinstripe harness dress originally worn by Madonna back in 1992—the two made quite a pair.

Likely, this is just the beginning of West’s antics (she is her father’s daughter, after all), but we’re all here for some rebellious celebrity kid energy, especially when they’re dressed like that.