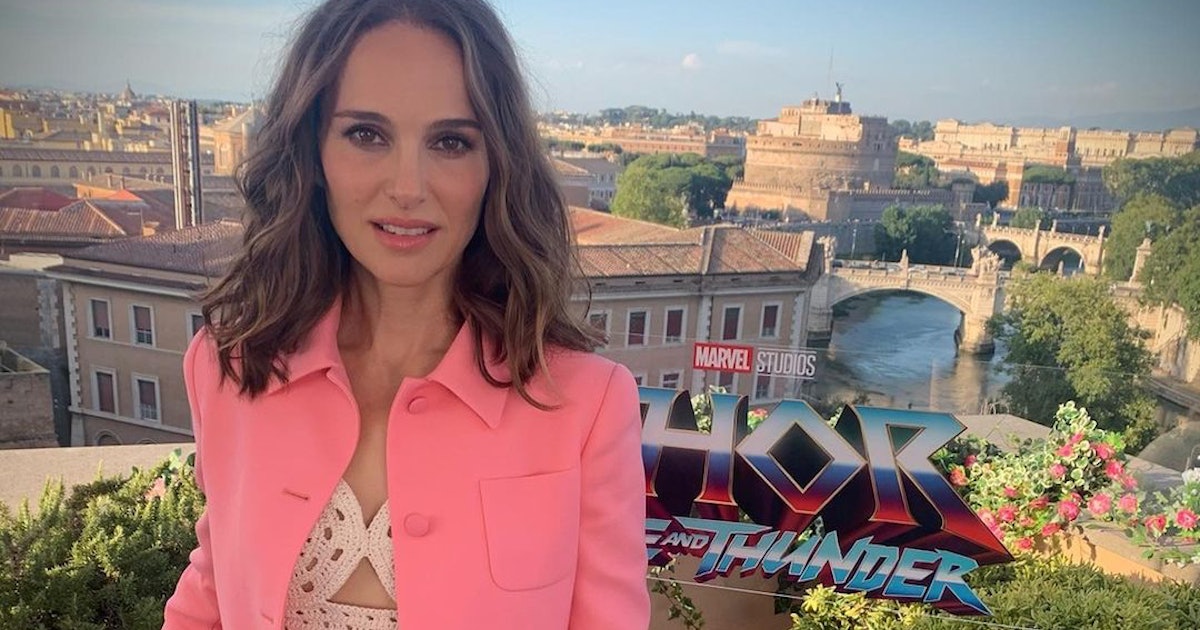 At this point, the quality of Thor: Love and Thunder almost seems irrelevant, because the press tour preceding the latest Marvel film has provided so much enjoyable fashion content, by the time the movie finally hits theaters tomorrow, we may just be completely satiated. The film’s female leads, Natalie Portman and Tessa Thompson, have turned out many looks while promoting the film around the globe. Portman, specifically has been having a bit of fun with color, and her latest outfit just touched upon the hottest hue of the moment.

On Wednesday night, Portman shared a photo from her most recent press stop in Rome. For the occasion, the actress wore a matching mini skirt and jacket set from Miu Miu in a color labeled “petal pink.” While that’s what Miuccia Prada may want to call it, to us, the hue is most definitely Barbie pink, a color that has been hitting its stride over the past week or so as anticipation for Greta Gerwig’s Barbie movie reaches a climax thanks to the onslaught of onset photos. Portman’s choice of an outfit plays right into this growing trend, solidifying her place in the Barbiecore movement.

The actress added a more boho detail to the structured suit set by pairing it with a crochet bra from Magda Butrym, bringing a touch of Penny Lane to this very Elle Woods look. Portman has seemingly been on a suit set tear lately. A few days ago, she wore a black and yellow Dior set that turned the actress into a modern day Cher from Clueless. Then, on Thursday, it was a redish-orange set that caught her eye, a collarless jacket with an a-line flair that seamlessly transitioned into a matching mini skirt.

With the movie premiering tomorrow, Portman’s looks are likely going to peter out at this point. But hey, it was fun while it lasted, and there’s always the inevitable Thor 5.