Meghan Markle, Kate Middleton, and the Princes Come Together For the Queen 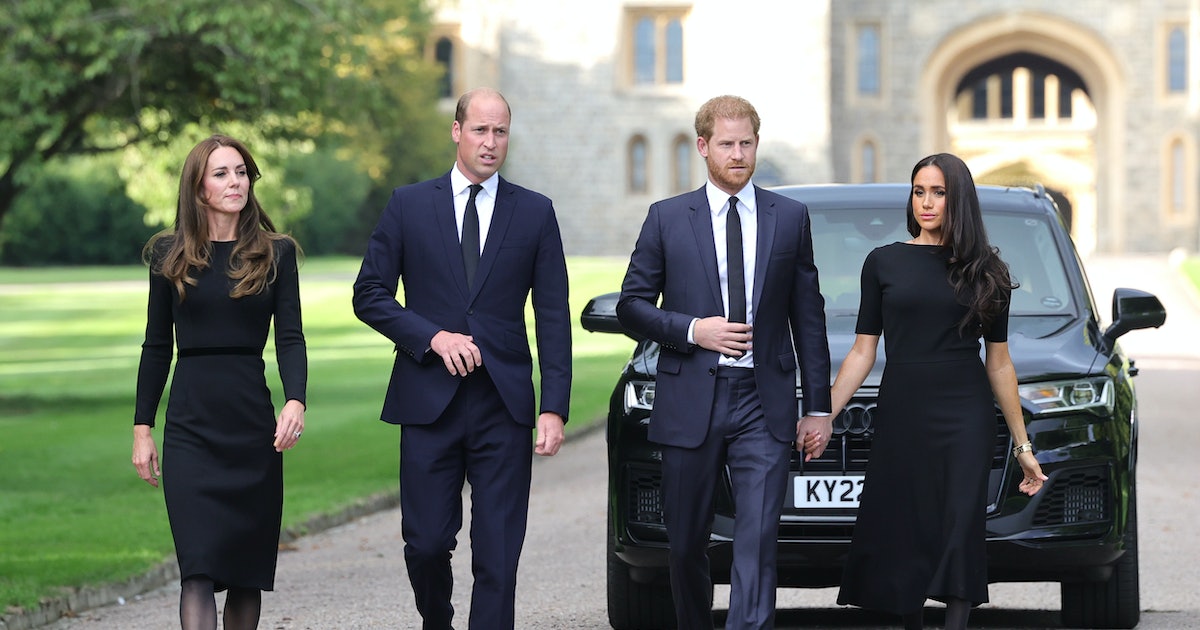 If there’s anything that you would assume would bring Meghan Markle, Kate Middleton, and Princes Harry and William back together, it’s the death of Queen Elizabeth II. Still, royal watchers were rather shocked that the couples chose to admire the floral tributes to the late monarch on Saturday all together rather than go it alone. The reunion was reportedly the idea of William, who thought it would be “an important show of unity at an incredibly difficult time for the family.” Looks like he shares Harry’s aim to put the tension between them in the past.

The pair seems to be making some progress in healing their relationship, seeing as Harry and Meghan did not publicly cross paths with Kate and William on their UK visit for the Queen’s Platinum Jubilee earlier this year. In fact, they reportedly didn’t even make eye contact at the service. This time, they were at each other’s sides for the whole long walk at Windsor Castle and procession to the pile of bouquets.

As usual, drama ensued for Meghan despite her doing practically nothing at all. At one point, a royal aide asked if they could take the bouquet that one of the well-wishers had given her, to which Meghan reportedly responded something along the lines of “I told them I’d place them over there so it’s okay. Thank you. I appreciate it though.” As she received more flowers, a senior aide made the same request, and at their insistence, Meghan obliged. The tabloids then labeled the incident a “spat” and caused a number of Twitter users to accuse Meghan of being disrespectful and willingly breaking royal protocol. No wonder a 14-year-old in the crowd asked her for a hug because she “wanted to show her that she’s welcome here.”

Alas, this won’t be the end of the drama for Meghan. She and Harry are reportedly staying in the UK for the foreseeable future, even after the Queen’s funeral.