Julia Fox is Our Dark Fairy Godmother of Fashion Week 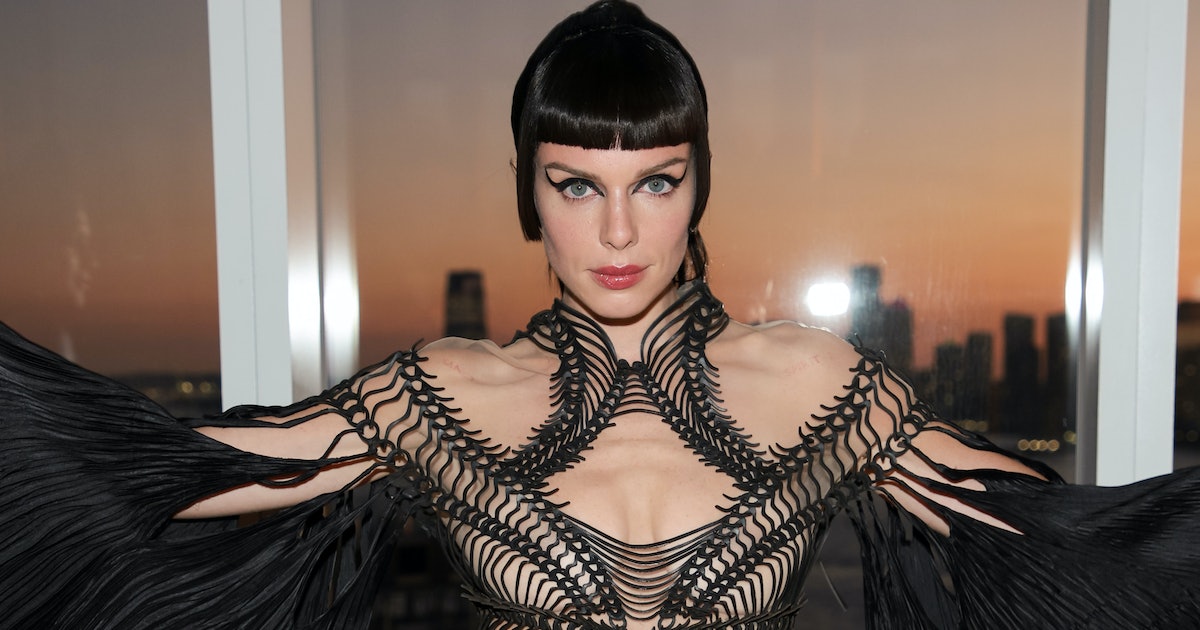 New York Fashion Week has officially begun, meaning it’s time for Julia Fox to rise up from the Lower East Side, smear on some black eye makeup, and take the world by storm, one skin-bearing look at a time. The actress knows exactly the part she now plays in the week’s festivities, as the Internet’s sort of Fairy God Mother of NYFW, and she seems to be fully embracing it, even dressing the part.

The actress kicked off a week of events on Thursday night in a look that expertly mixed Fox’s gothic sensibilities with a more romantic twist. Wearing the opening dress from Iris van Herpen’s spring 2020 couture collection, Fox attended an event at the Boom Boom Room at the Standard, thrown by Vogue in conjunction with Xeomin, a botox-alternative. Fox lifted her arms, revealing the oversize-pleated sleeves that erupted from the laser-cut black leather torso, which climbed up her neck and low down her waist before once again evolving into a pleated skirt. Fox opted to wear black underwear with the dress, and it poked out under the garment, adding a hint of Fox’s edge to this off-the-runway couture look.

As always, the glam was bold, featuring temporary blunt bags and sideburns adorning a high ponytail. Fox tuned the eye makeup down just a tad, opting for a dramatic, yet thin wing, at least compared to her norm. “I definitely want to stand out,” Fox said in a video for Vogue. “I want people to notice me. I’m being honest.” And likely, she reached her goal, standing out in an event filled with colorful, yet simple pant suits and mini dresses, and reminding us all that this is Julia Fox’s fashion week, thank you very much.