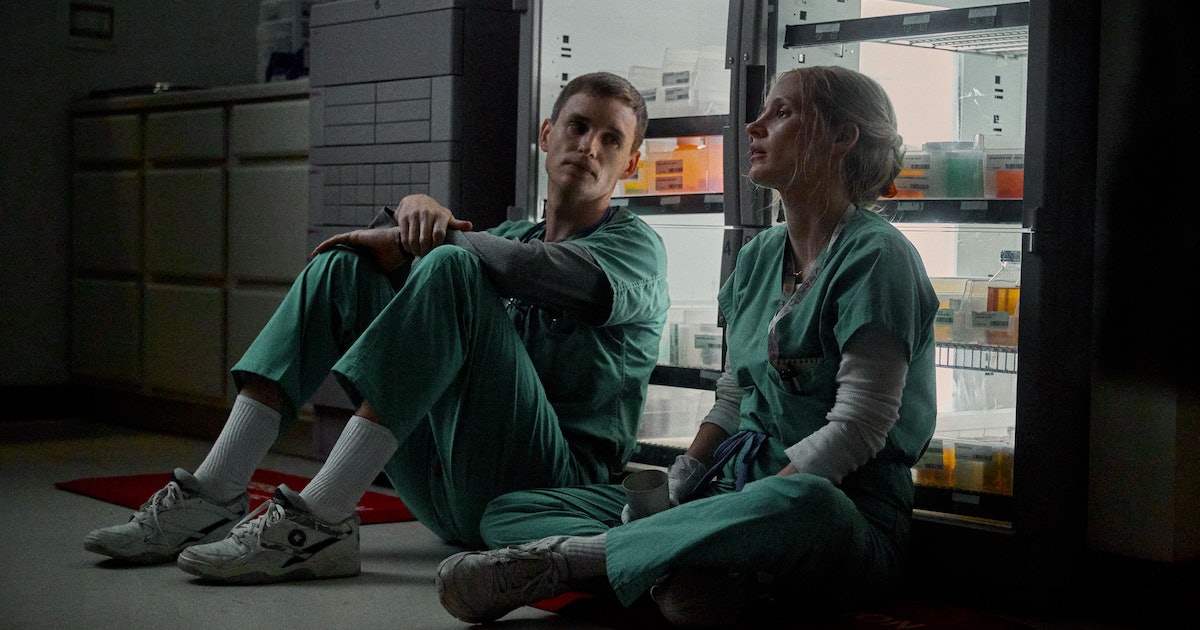 Don’t let the title of The Good Nurse fool you: The titular character is bad, bad, bad news. Played by Eddie Redmayne, Charles Cullen is a full-on serial killer: As recounted in Charles Graeber’s 2013 deep dive into the real-life events, he’s believed to have murdered up to 400 people over the course of the 16 years he practiced in Pennsylvania and New Jersey. (Unsurprisingly, he’s currently serving 17 life sentences after confessing to 40 instances in which injected his patients with lethal doses of insulin.) But for the first 20 seconds of the trailer, you’d never guess that Redmayne’s Charles Cullen is capable of such monstrosities. “I don’t want to talk about work,” he tells his former coworker Amy Loughren (Jessica Chastain, fresh off her Oscar win) when they meet up at a diner. When she asks if it’s because what they’re saying is true, Charles replies with a look that will give you chills.

When the authorities ask her to take a look at the files of an old woman named Ana Martinez, Amy is puzzled to discover that she had a “very rare” level of insulin in her system at the time of her death. When a mom meets the same fate, she sets about tracking down some of those who worked with Charles. And there sure are a lot of his former coworkers: He’s worked at nine hospitals, bouncing to the next whenever the other nurses begin growing suspicious—and Amy is determined to make sure the flawed American healthcare system doesn’t allow him to move on to no. 10.

Before you watch the trailer, be warned: Tobias Lindholm, the Danish director who was also behind The Hunt (2012), may raise your goosebumps. (The same goes for Redmayne, who, like Chastain, prepped for The Good Nurse by going to “nursing school.”) Ahead of its October 19 theatrical release and October 26 Netflix premiere, get a taste of the film below.