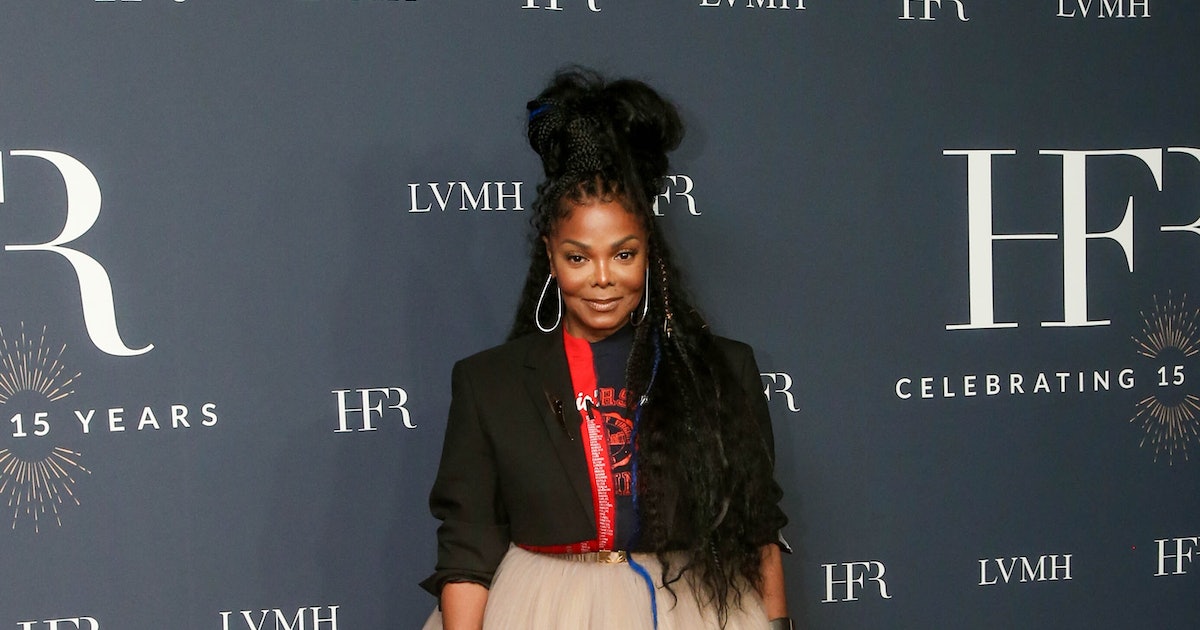 Flashbulbs popped and phones were raised high on September 6 at Jazz at Lincoln Center in New York City the moment Janet Jackson stepped into the room. The Grammy-winning superstar was in town to receive Harlem Fashion Row’s Icon of the Year Award.

“I truly apologize for being so late, but I literally just flew in from London,” she told the crowd, who responded loudly that there was no problem with her tardiness. (According to reports, she’d traveled across the pond to surprise Teyana Taylor at her concert.) Everyone was clearly happy to simply be in her presence.

Hours before, HFR hosted its annual runway show and Style Awards ceremony at the General Grant National Memorial in Harlem. Beneath white tents shielding attendees like Issa Rae (who received the inaugural Virgil Abloh Award presented by LVMH), Sergio Hudson (named Designer of the Year), Robin Givhan (Editor of the Year), and W magazine alum Ade Samuel (Stylist of the Year) from a daylong downpour of rain, fashion industry heavyweights including Misa Hylton and Linda Fargo took in speeches from all the recipients, as well as a presentation from designers Clarence Ruth, Johnathan Hayden, and Nicole Benefield—all local, Black designers who showcased their spring 2023 collections.

Harlem’s Fashion Row had plenty to celebrate Tuesday night, which marked the organization’s 15th anniversary. The theme for the evening, “Future’s Past,” was meant to pay respect to the countless contributions, sacrifices, and innovations in fashion that Black designers, brands, and companies have put forth.

As such, Virgil Abloh, who passed away last November, was very much on people’s minds. The late designer’s spirit was cause for recognition, not only by LVMH, which sponsored the evening and is the owner of Louis Vuitton, but for the award winners as well. Janet Jackson, notably, wore Off-White, taking the stage at Lincoln Center wearing a taupe, tulle ballskirt paired with a t-shirt and black blazer. In her acceptance speech, Rae paid tribute to the former artistic director of Louis Vuitton’s menswear for which the award is named.

“I unfortunately didn’t get a chance to know Virgil very well while he was here, but I was an admirer from afar,” she said. “When I think about him, I think of pure ingenuity, a path defining confidence—and I most appreciate him as a high-fashion doorman, just because of all the doors he opened for others, both intentionally and through his visibility.”

Of course, it wouldn’t be an Issa Rae speech without some laughs. “I’m incredibly grateful to get an award like this, an inaugural one at that, because I’m the first. Like, ever,” she continued. “As the first recipient of this award, I think Virgil would be okay with me coming to every future show to stunt on everyone else who gets this award after me. He’d be okay with that, right?”

After giving shout outs to her stylist Jason Rembert and Hudson, who “designed one of my favorite Emmy dresses ever,” Rae concluded with a message that felt poignant, especially in the scope of HFR’s legacy. “I love being the first,” she said, “but as long as I’m working, I vow to make sure I won’t be the last.”