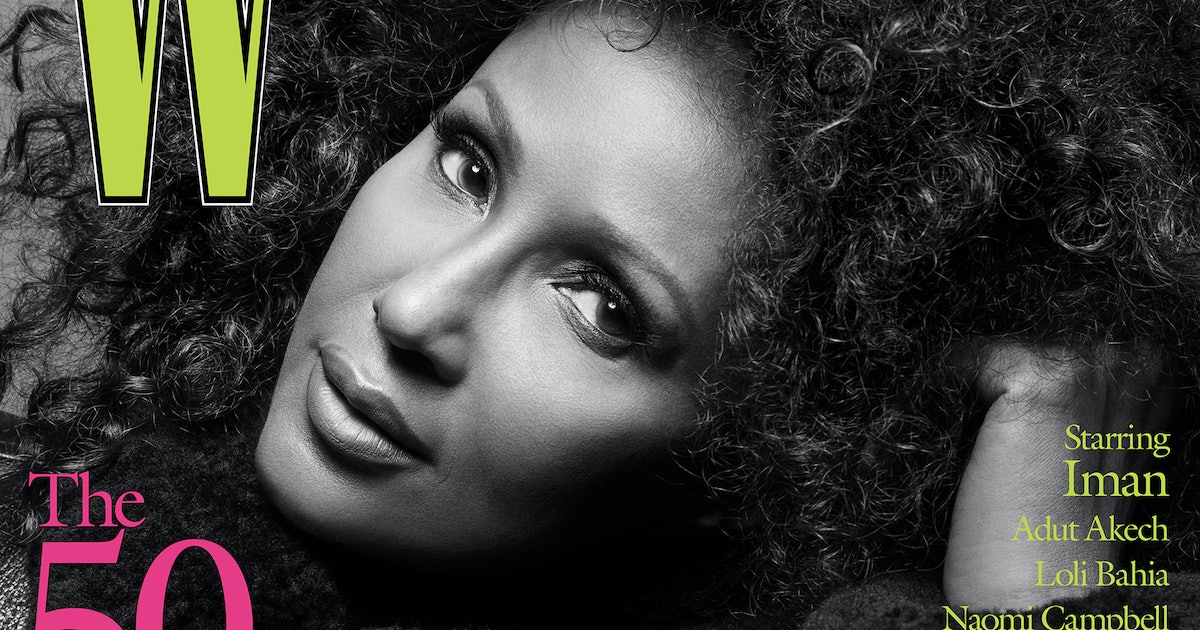 When you look back at the runways you walked in the ’70s and ’80s, they often appear more diverse than many of the fashion shows held 20 and 30 years later. When did you realize that fashion had taken a step backward?

It was 2013 when it became quite evident that there was an absence of Black models in advertising, but more important on the runway. That was the place that they’d always used Black models, and all of a sudden they were completely absent. So my best friend, Bethann Hardison, myself, and Naomi [Campbell] decided that we needed to check what was going on. And what we saw was jarring. When it came to Black models, it wasn’t just less, it was a total absence.

What do you think was behind that shift?

There was one crucial thing that happened at that time. The Eastern European countries started to open, and there was an influx of Eastern European models—and there are no Black Eastern Europeans. There were all these white, teen skinny girls that washed up on the shores of fashion. Also, I think designers wanted to get away from the cult of the supermodel or the cult of identity. A lot of models had become more famous than the designers. So they wanted all the girls to look the same. The same hair, the same makeup, how they walked. That took hold, and then all of a sudden, the designers were doing more shows than ever, so they outsourced the casting. Once a casting agent is hired, the model never sees the designer until the casting agent approves it. They’re the gatekeepers. They started saying to agencies, “We’re not seeing Black models this season,” as if we were a trend.

Once Bethann, Naomi, and I started talking to the press, writing letters to the CFDA and designers in Europe, and making it really public, a bit of change started to happen. What made it feel like we were really heard was when Miuccia Prada started hiring Black models on the runway and putting them in her ads. That was a major cultural shift.

Models like Anok Yai have been discovered thanks to Instagram. What sort of impact do you think social media has had on the modeling industry?

What social media has given to Black models is a platform, and every model is grateful for that—that’s all she wants, to get the opportunity to get a yea or nay from the designer. There are models who were discovered on social media, and that takes some power away from the casting agents. People are looking outside of the box, and that leads to more diversity. And that brought in a lot of other kinds of diversity—body positivity, different heights. The standards were removed. The change was visible. Look at how the beauty of the world is showing up on the runways. Precious Lee! I’m sorry, but there’s no more beautiful woman, skinny or plus-sized. The girl walks like a glamazon. She’s gorgeous. And this opportunity that she’s having now would not have existed if all the noise were not made by all of us.

I’m actually executive producing a six-part documentary for YouTube Originals that debuts in September during Fashion Week. It’s called Supreme Models. It follows the evolution of Black beauty in the fashion industry, from the civil rights and “Black Is Beautiful” movements. It’s historical and beautiful with all the models speaking for themselves.

What are some of your favorite runway memories?

If it weren’t for Thierry Mugler, the trajectory of my fashion moment wouldn’t exist. A lot of the designers at that time were particularly safe in how they wanted to showcase me. Yves Saint Laurent is also one of my favorites. But Thierry Mugler was like an MGM director. His shows were cinematic. He let me be whatever character I wanted to play on stage. I was always the girl who, in a world full of trends, always looked classic. But Mugler flipped the narrative and let me be a wild, African glamour girl, and then editors and other designers were able to see me in that light.

When I arrived in the United States, there was the idea that there could be only one Black model at a time, so it created hostility and competition among us. But my friends and I changed that. In Somalia, where I’m from, I never called myself a Black woman, because there was no reason to. The whole country is Black. I had an identity based on my worth. I started becoming friends with Black models on purpose. They were the ones who were going to tell me who was the best photographer for us, who was the best hairdresser for our hair, the best makeup artist for our skin. So we became a tribe, and we still are that tribe.

Hair by Hos at the Wall Group; makeup by Keita Moore for Iman Cosmetics at the Only Agency. Iman Abdulmajid at EWG Management. Casting by Michelle Lee at Michelle Lee Casting.