Her Final Moments and What’s Next 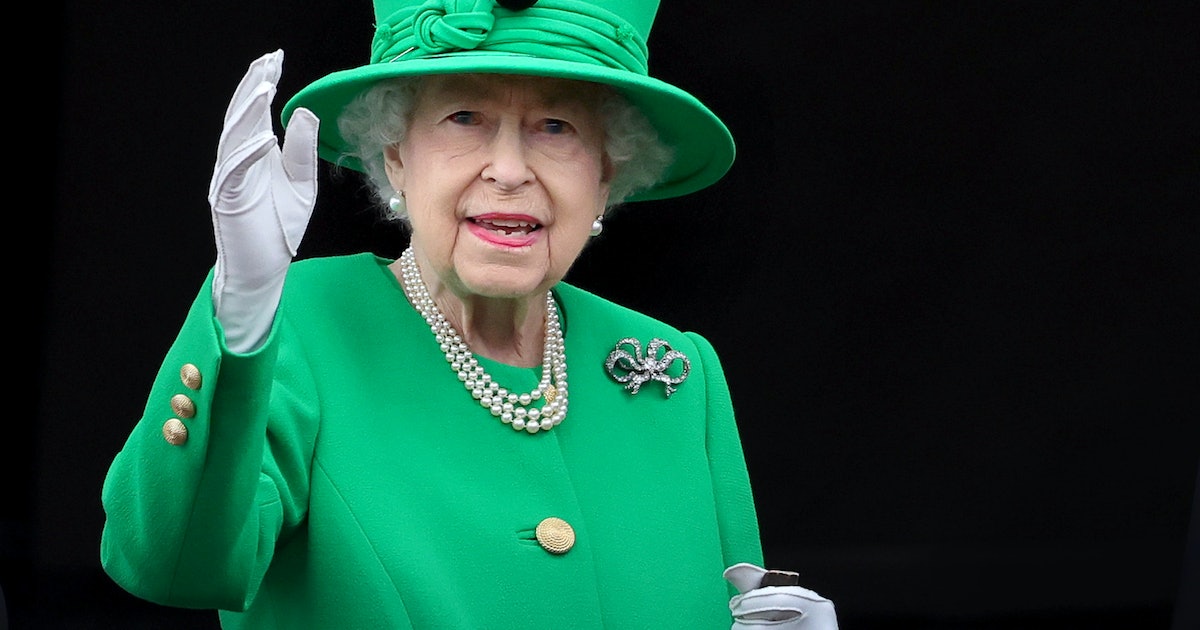 It’s the end of an era: Queen Elizabeth II, Britain’s longest-serving monarch, has passed away at age 96.”The Queen died peacefully at Balmoral this afternoon,” read a Buckingham Palace statement made a few hours after another announcing that her doctors were “concerned” for her health. Her passing comes just a few months after she celebrated her historic 70 years on the throne in a marathon event known as the Platinum Jubilee—though only in part. The late royal missed out on a number of the celebrations amid a decline in health since she contracted Covid-19 earlier this year.

According to The Firm, Prince Charles and Duchess Camilla—the new king and queen consort—will remain at Balmoral until this evening before returning home to London tomorrow. They were among several of the Queen’s children who traveled to Scotland to show their support. As England enters a new era, here’s everything we know about her final days—and what’s next for the monarchy.

The Queen spent her final moments with her children by her side.

The Queen’s successor, Prince Charles, and his wife, Camilla, joined her and Charles’s sister Anne at Balmoral Castle amid mounting concerns about their mother’s health. Princes William, Edward, and Andrew were either also present or on their way to Scotland at the time of her death. A spokesperson for Prince Harry and Meghan Markle confirmed that the Queen’s grandson and granddaughter-in-law were also en route.

She made sure to see off Prime Minister Boris Johnson days before.

The Queen was reportedly determined to ensure that she gave Boris Johnson a proper sendoff before his controversial time in office came to an end. In a break with tradition, they did not meet at Buckingham Palace, where the Queen has ushered in no less than 14 PMs in the past. Instead, Johnson traveled to Balmoral to deliver his official resignation, accommodating the monarch’s mobility issues.

Despite the predictable criticism that she was flying on a private jet so early into her term, Johnson’s successor, Liz Truss, also accommodated the Queen. Somewhat surprisingly, the late royal was on her feet in the official photos. In February, she reportedly told several government officials, “Well, as you can see, I can’t move!” She was using a cane at the time, though was spotted without it at Windsor Castle earlier this summer.

Just prior, she canceled what would have been her last public appearance.

In the days before her meetings with the PMs, Buckingham Palace announced that the Queen would miss out on the Braemar Highland Gathering, one of the few events she attends during her summer stays at Balmoral, to prioritize her comfort. She also pulled out of a virtual Privy Council the day before her death. The past few months repeatedly saw similar cancelations; she even missed out on much of her own Platinum Jubilee.

She continued to work, issuing a public statement the day before her death.

You’d never know how dire the situation with the Queen’s health was from the statements she recently issued via Buckingham Palace. She made sure to express her condolences for those suffering amid Pakistan’s disastrous floods, and just yesterday did the same in the wake of a spate of stabbing attacks in the Canadian promise of Saskatchewan.

Then, The Firm alerted the public that the end may be imminent.

“Following further evaluation this morning, the Queen’s doctors are concerned for Her Majesty’s health and have recommended she remain under medical supervision,” read the statement that Buckingham Palace issued on Thursday. “The Queen remains comfortable and at Balmoral.” Back in London, signs announcing the cancellation of the daily changing of the guard ominously popped up at the palace’s gates.

Hours later, they announced that the worst had come to pass.

The news prompted the abrupt end to a debate in Parliament just as Truss announced her first major move in office, laying out an energy price cap plan. After alerting the Prime Minister, Buckingham Palace issued a statement confirming the end of Elizabeth II’s historic reign.

As for what’s next?

Well, the royals have always been extremely prepared when it comes to the logistics of the line of succession; there are even code names for each of their deaths. In accordance with what’s known as “Operation London Bridge,” the late Queen’s eldest son, Prince Charles, will hold an audience with the Prime Minister and other UK government officials. Then, after the Accession Council convenes at St. James Palace on Friday (or “D-Day+1), he will again meet with the cabinet and PM—this time as king. He then returns to Scotland, the first stop on his traditional tour of the UK, which will be paused for the Queen’s funeral at Westminster Abbey at some point over the next 10 days. You can find out more via the Independent’s detailed guide to what happens post-“D Day” here.