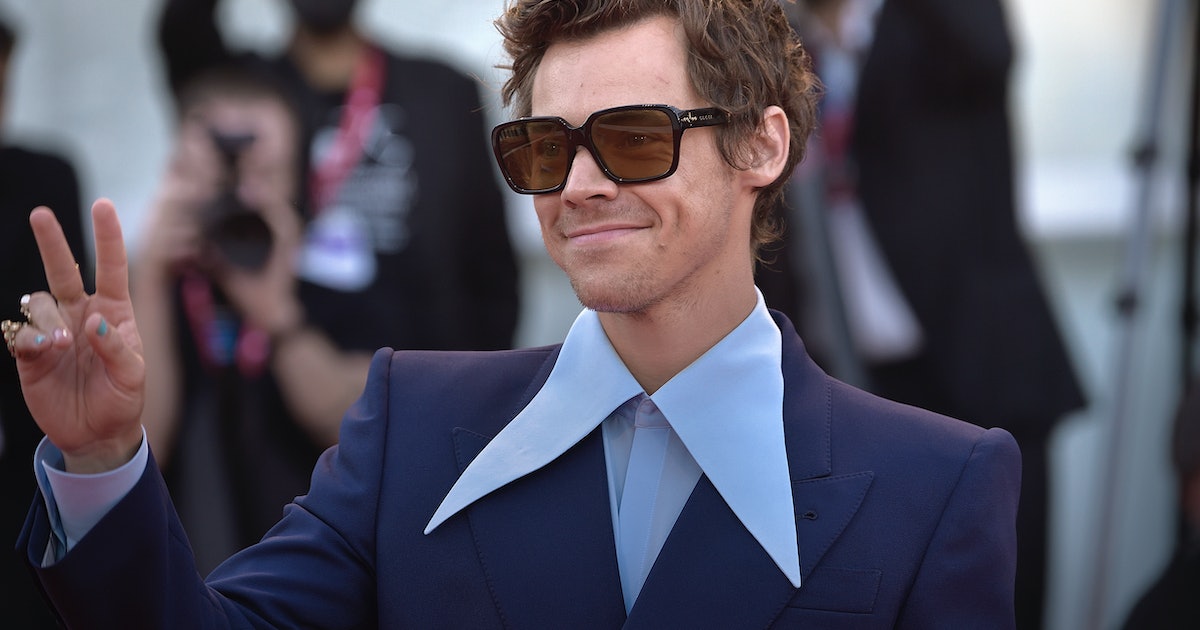 We all have our safe places, and apparently, Harry Styles’ is onstage on Madison Square Garden. At least, that’s where he finally felt comfortable enough to address the rumor that he hocked a loogie on Chris Pine during the Don’t Worry Darling premiere at the Venice Film Festival.

The singer celebrated his return to the arena for the tenth show in his residency on Wednesday night by admitting that it was nice to be back in New York following a weekend of travel. “It’s wonderful, wonderful, wonderful to be back in New York,” he said, his pink and yellow chevron pants sparkly under the stage lights. “I just popped very quickly to Venice to spit on Chris Pine. But fret not, we’re back!” Unsurprisingly, the crowd—many of whom likely spent the past few days analyzing every second of the viral video, attempting to debunk “Spitgate,” and fighting for Harry’s reputation in social media comment sections—erupted in applause.

Every day, the news around Don’t Worry Darling becomes less about the actual film and more about the off-screen antics of the stars. It started with the purported feud going on between Darling’s star, Miss Flo, and director, Olivia Wilde, but the filmed interaction between Styles and Pine at Venice has looped them into the mix. Pine’s rep already commented on the situation, telling Variety, “This is a ridiculous story—a complete fabrication and the result of an odd online illusion that is clearly deceiving and allows for foolish speculation.” Now, Styles’ comment proves just how silly the conversation around this viral moment has truly become.

But while the actors’ PR teams have pretty much successfully proven there’s no bad blood between Pine and Styles, they’re struggling to prove the same when it comes to Wilde and Florence Pugh. Wilde can do as many interviews as she wants where she calls the rumors “baseless” and yells into the Internet void, “I gather that some people expect for her to be engaging more on social media. I didn’t hire her to post. I hired her to act. She fulfilled every single expectation I had of her. That’s all that matters to me.” Unfortunately, when articles like her recent Vanity Fair interview are coupled with news that Pugh does not plan to promote the film with Wilde in any way again, and will not be present at Darling’s US premiere later this month, it’s hard to not believe there may just be a bit of truth to the rumors.

So, while we will now let one conspiracy go (say it with me, “Harry did not spit on Chris”), the other seems like it will take more than a cheeky joke between performances of “As It Was” and a solo rendition of “That’s What Makes You Beautiful” to debunk.