Halsey Chops Their Hair (Again) for a Glam ’90s Mullet 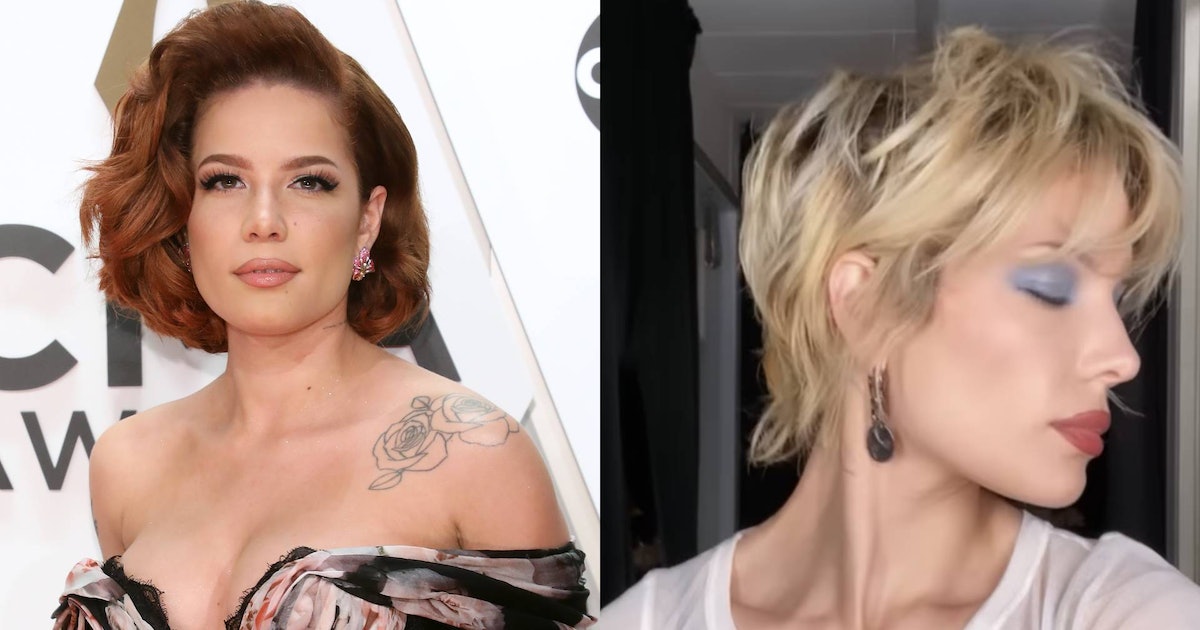 Halsey has worn more hairstyles in the past six years than most people will in their lifetime. Yet it’s always a surprise when the singer manages to find a new one that makes them, well, “unrecognizable.” For their latest follicular makeover, the singer decided to revisit the mullet.

But because this is Halsey, it’s somehow completely different than the last time they had a mullet. Soundtracked to Sleater-Kinney’s riot grrrl classic “I Wanna Be Your Joey Ramone,” Halsey unveiled the choppy, bleach-blonde short cut on Instagram. It’s less a Daytona 500-style mullet and more a “Joan Jett in the ’80s” meets “’90s Linda Evangelista in an edgy phase” type of vibe, with choppy bangs and long side pieces. The glam makeup (from Halsey’s own About-Face line, of course) only heightens the rockstar glam. “[R]eturn of my mullet,” Halsey wrote in the caption space. “[A]nd the nineties-vibes-only red and blue makeup combo.” The look was completed with a sheer t-shirt and some chunky metal earrings.

Compare this look to the last time Halsey rocked a mullet. Back in 2019, they rocked a raven-colored and decidedly longer take on the cut.

And if you’re wondering what Halsey’s hair looked like just earlier this week, well, it was still blonde, decidedly longer, and styled in space buns. Apparently, Halsey was inspired by vintage Gwen Stefani, because the No Doubt singer’s face was printed on their t-shirt.