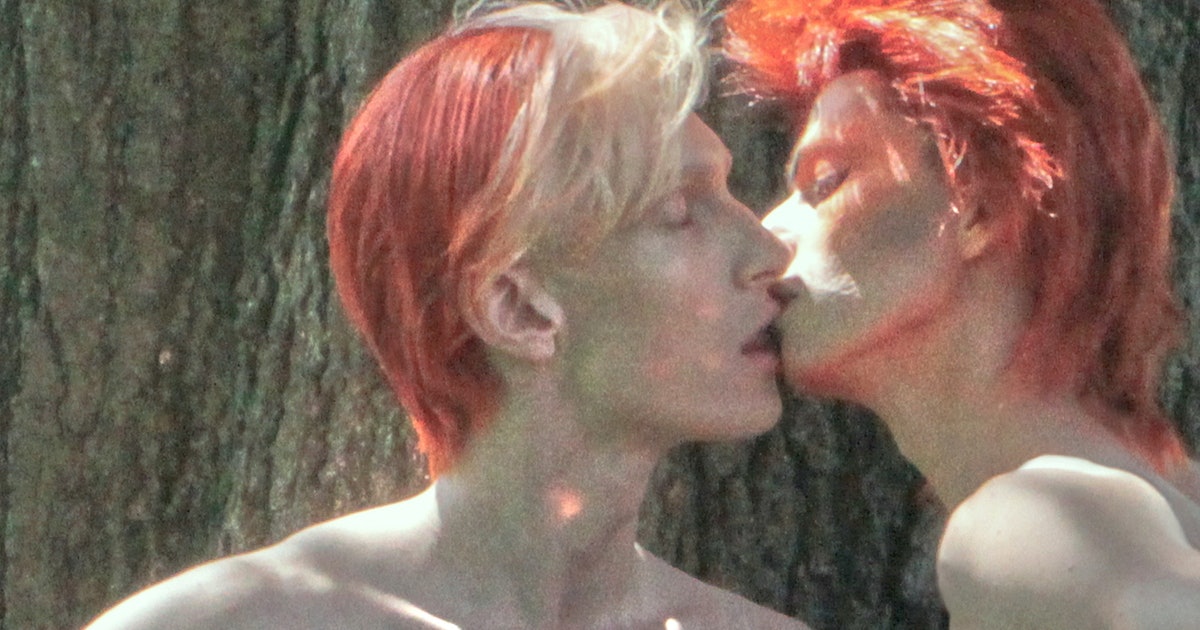 My memories are punctuated by hair,” says the British stylist Guido Palau. “The past, jogged by a certain song, a lyric, or just a vague, hazy feeling, comes flooding back in a blur of iconic looks, and I can place the era entirely. Hair has the ability to do that.” To this day, the song “Atomic,” by Blondie, transports Palau to his experimental teenage years. “Oh, your hair is beautiful,” sang the root-blighted Debbie Harry, and everyone believed her.

“Hair, at that time, was such a signifier of who you were,” says Palau, who has worked with everyone from Richard Avedon to Alexander McQueen. “The impact that hair had on me was immense. You’d go to any town, and everyone would have a different look; it was such a big part of British youth culture. I hope to have captured some of that magic in these pictures—young people doing their hair themselves. I wanted the images to feel naive. It’s the naivete that’s exciting.”

To celebrate W’s 50th anniversary, Palau selected the hairstyles that have defined his work over the past five decades. He grew up in 1970s England, a time of cultural revolution. From the lank passivity of hippiedom to punk’s razor-sharp edge, there was much to observe and participate in. “David Bowie had a huge effect on me as a kid, as he did on a lot of creative people,” Palau says. “He was startling, impressive, otherworldly, and I identified with him straightaway. His ambiguity was intriguing. You didn’t really know what he was.”

Was that an entry point of sorts? “I think he was my first real influence, yes—the androgyny, the gay undertones. Back then, you would study every album sleeve, picking up on all the nuances. I didn’t know I wanted to be a hairdresser. I didn’t know what I wanted to be. But even now, 50 years later, Bowie is a constant reference point. He certainly awakened my interest in style.”

“People say the hair I created for Alexander McQueen’s famous Plato’s Atlantis show, in 2010, reminds them of a weird amalgam of Gary Oldman in Bram Stoker’s Dracula and the retro-futurism of Sean Young in Blade Runner,” says Palau. “There’s definitely the Gary Oldman reference—McQueen found that film very inspiring—but I actually got the idea from Spirit of Ecstasy, the Rolls-Royce hood ornament. Designing the hair was a complicated process. McQueen was talking about Darwinism and the evolution of animals; it was anything but straightforward. But in the end, everything came together for that show—the robots, the digital prints, those iconic armadillo shoes. Unfortunately, it was his last presentation.”

“In England, around the turn of the millennium, style went back to the street in a working-class way,” says Palau. “It was coined ‘chav’— a culture steeped in cheap drugs, designer sportswear, raves, and football. It was a British thing, with an acute sense of hardness and bravado. Everything looked homemade. During that period, I had just created a series of basic but extreme haircuts for Raf Simons. Raf was referencing the gabber music scene in Holland and Germany, taking that hard-core element and fusing it with British street kids. It struck me that there was no artifice about hair at the time; it was very raw. There were so many signals in those haircuts, and so much style. You knew who these boys were.”

Throughout his career, Palau has drawn from that peroxide shock of punk. “It’s funny how, when you’re a teenager, you look at things like that and think they’re outrageous. Of course, today they’re nothing. In the beginning, I wasn’t that cultured. I didn’t think I needed to go and see certain exhibitions. I couldn’t understand how people could look at an abstract painting and turn it into a hairdo. I had to learn along the way.”

Palau’s work is often characterized by a certain roughness. “In Britain, we’ve always had a grittier approach to things,” he says. “Our aesthetic is much more ‘off’ than most. America had a different cultural youthquake, which didn’t really relate to us. They had Marilyn Monroe, while we had people like Diana Dors—working-class beauties who came across as far less polished. Whenever we do anything culturally, it’s always a much brasher take.”

Palau works with scale and texture, in a world where nothing is arbitrary. Models are characters, not wig stands, and he seeks beauty in what others try to conceal. He is drawn to the oblique. “The people I’ve represented in this story have all got a queerness about them,” he says. “Look at the ’90s rave boys—there’s homoeroticism at play there. They’re closer to their male friends than they are to girls—bonded by untechnical haircuts and gel-heavy bangs.”

Although appreciative of nostalgia, Palau remains resolutely forward-thinking. “The street is a huge pool of inspiration,” he says. “Think about how many heads of hair you see going past you every day. The possibilities are endless, and I’m always trying to push the envelope. I certainly see a lot of young people referencing the past—and doing it with bold irreverence. One thing is certain: Hair speaks volumes. It’s the first thing people notice about you. It remains our greatest fixation.”

“David Sylvian, from the band Japan, had a strange hybrid look—part Bowie, part Lady Diana,” says Palau. “Mumsy and glamorous at the same time. I love the triangular graduation with the weight on top. It’s actually very Marilyn Monroe.”

“The Human League was a pioneering electronic pop band in the early ’80s. Phil Oakey, the lead singer, had a radical haircut that was very 1940s, very Veronica Lake. I find it amazing that Oakey, a straight guy from Sheffield, could have referenced a lesser-known Hollywood film star from way before his time. It’s all about the mystery behind the eye, the asymmetry, the seduction of the hairstyle. When I saw the Human League for the first time, I didn’t understand all the codes, but looking back now, having half of your face covered feels very glamorous.”

“In the ’90s, my career took a turn from supermodel glamour to grunge,” says Palau. “I started working with the photographer David Sims and became part of a new movement that was associated with Kurt Cobain and that whole music scene in Seattle. When we first started creating those kinds of images, it was for independent magazines—you didn’t really know if grunge was going to catch on. Then Calvin Klein called, and we were all suddenly shipped off to Manhattan. That was Calvin’s talent, to ride the zeitgeist. He was very intuitive and knew how to move on with his brand. Grunge was anti-glamour—no makeup, undone hair—and his poster child was Kate Moss. Of course, Kate has since become this glamorous icon, but at the time, she felt like an alternative ideal of beauty.”

“Punk changed everything. It was a period of revision, of ripping up the rule book. That antistyle, that torn aesthetic, has been hugely influential. There are always moments in history when artifice is something to rebel against, and punk took that to extremes. I love the DIY aspect of hair cut with kitchen scissors, and the liberal use of hairspray. In creating ugliness, punk unwittingly opened up a whole new way of thinking.”