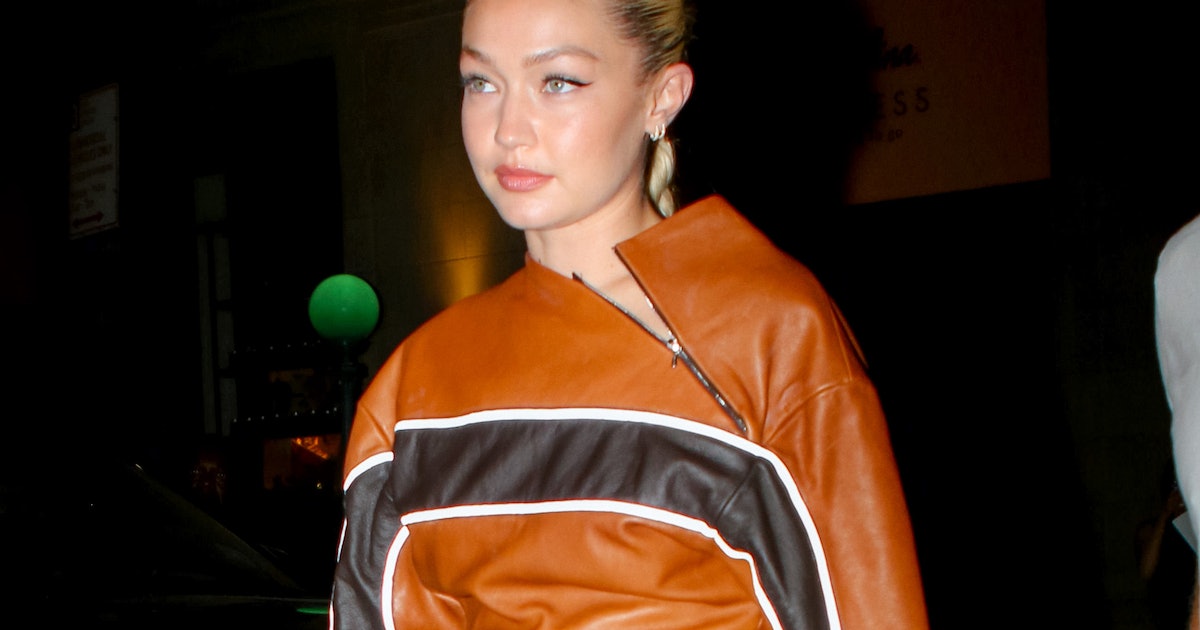 Ever since Gigi Hadid launched her luxury cashmere brand, Guest in Residence, earlier this week, the model has pretty much been seen in nothing but knits. Over just a few days, Hadid has managed to show off three different looks while out and about in New York City, showing off three different pieces from her new line, and probably influencing more buyers than a traditional ad campaign ever could. On Thursday, though, Hadid took a break from draping herself in cashmere and opted instead to zip up in a very different fabric when the model stepped out in a full leather set.

Hadid wore a full look from the autumn/winter 2022 collection of Stockholm-based fashion brand, Jade Cropper, a uniquely cut leather top that toed the line between a shirt and jacket. A stripe of dark brown wrapped across Hadid’s torso and arms, while a zipper down the bodice allowed for an almost corseted effect. The pants, rendered in the same saddle leather, featured a brown stipe down each leg and matching zipper details. Hadid, and her stylist, Mimi Cuttrell, then completed the ensemble with a black shoulder bag, pumps, and a set of little gold hoops.

Hadid wore the look to attend a book launch party for Edward Enninful’s memoir, A Visible Man, at the Verōnika, which she hosted with Diane von Furstenburg. As fashion week is just getting started, this is likely the beginning of the unique looks we will see from the model in the upcoming days as she continues to support her friends (and possible promote her brand) around the city.