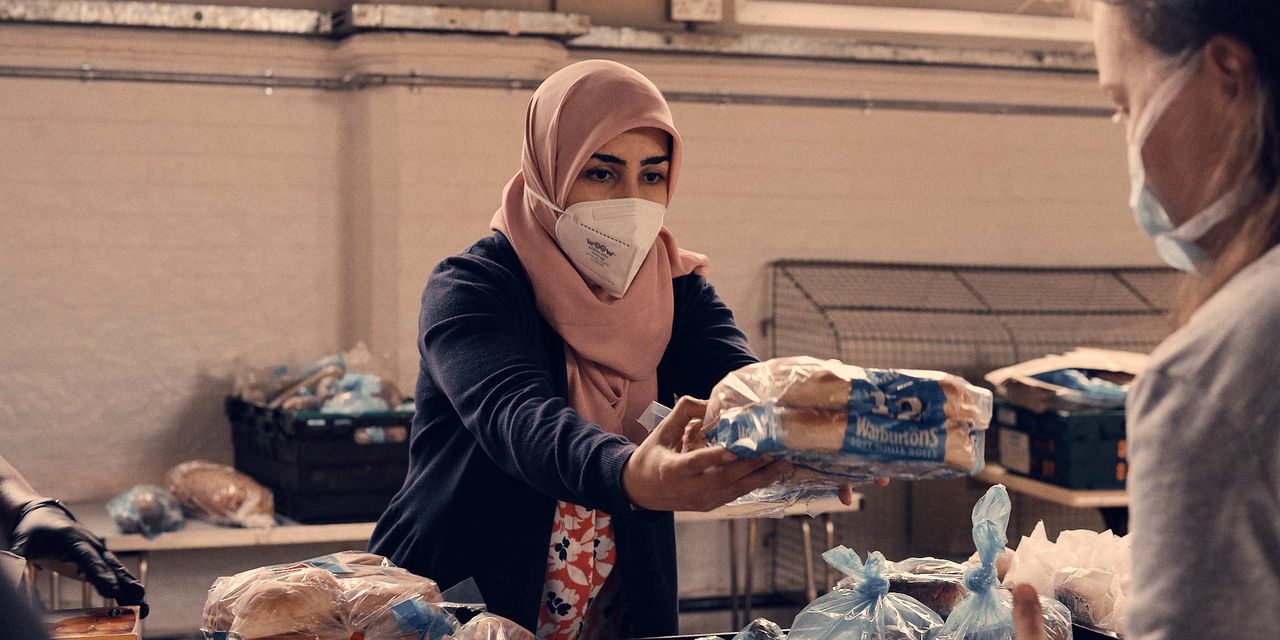 Matsentralen Norge, a food-bank operator in oil-rich Norway, says it is distributing 30% more food compared with the same period in 2021, a year that in itself saw sharply higher demand because of the Covid-19 pandemic. Food-bank usage is on the rise in the U.S., too, while grocery stores report customers there are trading down, buying more store-brand food and avoiding more expensive meat and fish.

In Britain, the pain has been especially stark. The U.K.’s overall inflation rate hit 9.1% in May, compared with the same month a year ago, the fastest rise in prices for a member of the Group of Seven, the club of rich economies. Food prices rose 8.5% in May.

“We’re seeing real food poverty for the first time in a generation,”

A steep fall in the value of the British pound following the country’s vote to exit from the European Union had already made some imported food more expensive in the past few years. Making the more recent price increases especially hard to bear is the fact that Britain has enjoyed a long period of relatively low food prices. A handful of national supermarket chains compete against each other fiercely.

Last month, the average price of cheddar cheese, a U.K. staple, was up by 59% from last June, according to the Agriculture and Horticulture Development Board, a trade body. Milk was up 27% in April over last year, according to government data.

Those sorts of prices are now unaffordable for many. Some 44% of adults polled by the U.K.’s Office of National Statistics in May said they were buying less food because of the higher prices. Food banks are seeing a third more traffic since the start of the pandemic, according to the Trussell Trust, a food-bank provider.

The Food Foundation, a food and nutrition lobby group, found food poverty, or food insecurity, had affected 15.5% of Britons in the six months to April, up from 7.6% pre-Covid. It describes food poverty as the state of being without reliable access to a sufficient quantity of affordable, nutritious food.

In a survey published in May, it found a 57% jump in the proportion of U.K. households cutting back on food or missing meals altogether. The survey found 7.3 million adults in April were living in households that said they had gone without food or couldn’t physically get it in the past month. That compared with 4.7 million adults in January.

“We know the cost of food has real consequences for people across the country,” a U.K. government spokesman said. The government has provided cash payments and tax cuts for the very poorest to ease rises in the cost of living, he said, while introducing longer term measures that will ease food supply chain bottlenecks.

an unemployed single mother living in a one-bedroom apartment, feeds her infant regular milk rather than formula, eats less meat and plans her food budget down to the penny. She first noticed prices taking off after late February, when Russia invaded Ukraine, one of the world’s largest grain exporters. Her local food bank now often runs out of products.

“We all heard about the war, but we didn’t expect food prices to climb like this,” she said. “It changed everything.”

The war is now rattling through kitchens around the world. The cost of grains soared following Moscow’s invasion, and while they are now well below these highs, their prices are still bolstered by Ukraine’s inability to properly export its harvests.

Ukraine produces over half the world’s sunflower oil. In Britain, major grocery stores are putting limits on how many bottles customers can buy at one time.

High energy prices, exacerbated by the war, have added to the cost of transporting and manufacturing food. The pandemic, meanwhile, disrupted the industry’s supply chains.

The price rises have roiled poorer countries, helping trigger unrest that toppled Sri Lanka’s prime minister and protests in the Middle East. The United Nations World Food Program has warned that some 2.46 billion people, or around 30% of the world, face moderate or severe food insecurity, which it defines as lacking regular access to enough safe and nutritious food for normal growth, development and a healthy life.

In poorer countries, food is a larger part of household spending. It is 59% in Nigeria, and 28% in Mexico, according to Trading Economics, an economics and financial indicators tracking site. In the U.K., it is 9.4%. 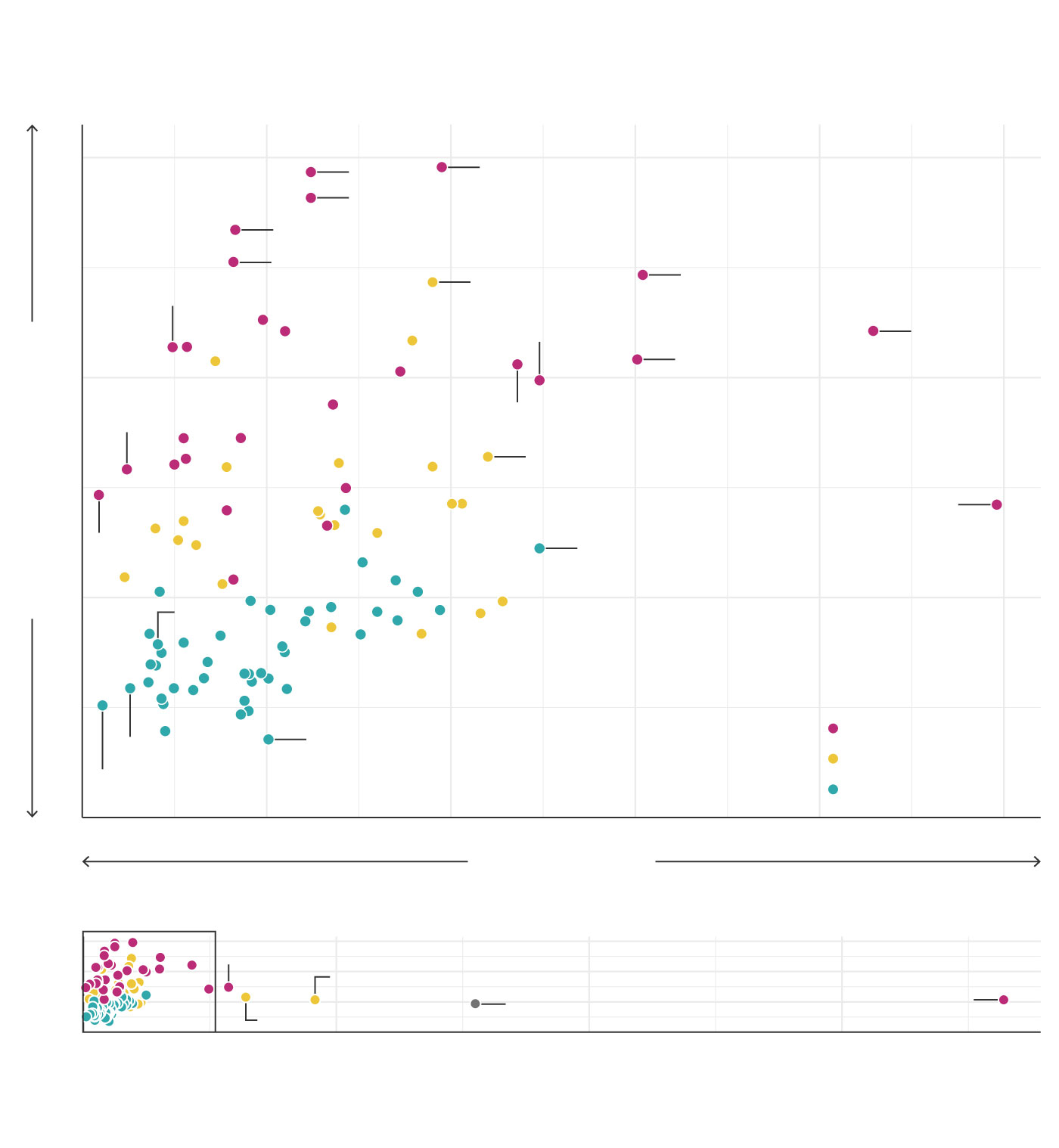 Here’s how inflation is affecting different countries, and what people spend on food in each.

and what people spend on food in each.

In low and middle income countries,

affecting different countries, and what people

spend on food in each.

At Ms. Shkalla’s food bank, housed in a church recreation hall in Bounds Green, a neighborhood in north London, the line snaked out the door and into the street on a recent weekday.

waiting in the line, said she buys less fish and meat to make her family income stretch.

“If it wasn’t for the food bank, I don’t know what I’d do,” said Ms. Trisanska, who stays at home with her small child. Her husband works seven days a week in hospitality to make ends meet, she said.

The number of people using the food bank has increased by 80 households, according to the bank. It currently supports several hundred people. Demand is so great that some stand in line from 9 a.m. to get the best products when the bank opens at noon.

The higher prices in the U.K. are crimping buying. Food store sales volumes fell by 1.6% in May and are 2.4% below their pre-coronavirus February 2020 levels, according to the Office of National Statistics.

At the Co-operative Group Ltd., a big food retailer under several brands, customers are switching to cheaper store-brand foods, said

a managing director of its food business. They are also shifting from beef to chicken, which is less expensive. “At this stage, people are being wise with their money and making it stretch further,” he said.

the assistant manager at a South London news agent, a small, independent grocery store akin to a New York City bodega, said prices are going up on average every two weeks. He said he has witnessed some customers asking checkout counter staff to stop scanning when they hit their budget.

Sometimes customers argue with staff, he said, because they are confused by the rapid rises.

“They do their best to squeeze,” he said.