Florence Pugh Responds to Critics of Her Sheer Valentino Dress 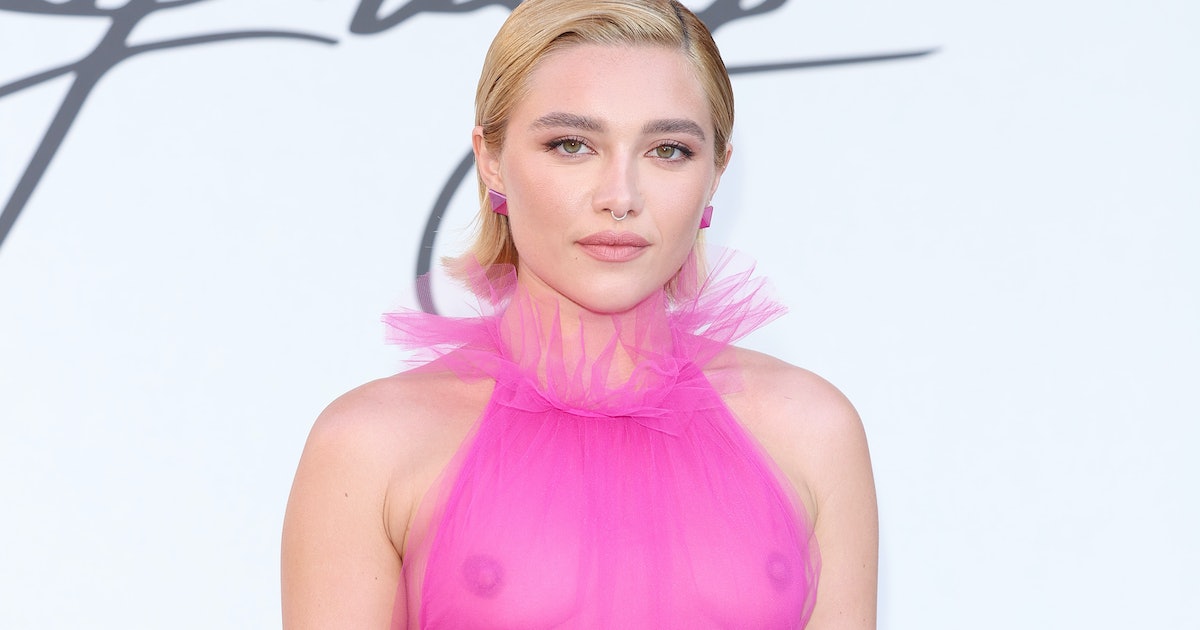 Florence Pugh didn’t have any nerves about the dress she wore Valentino’s fall 2022 couture show on Friday, but she knew the internet might have a problem with it. The 26-year-old actor’s Valentino Pink PP gown was unmistakably sheer, and she didn’t waste time addressing those who took issue with her nipples being on full display.

“Listen, I knew when I wore that incredible Valentino dress that there was no way there wouldn’t be a commentary on it. Whether it be negative or positive, we all knew what we were doing,” she began a lengthy Instagram caption posted a day into the criticism. “I was excited to wear it, not a wink of me was nervous. I wasn’t before, during or even now after.” And she didn’t hold back in explaining why.

“It isn’t the first time and certainly won’t be the last time a woman will hear what’s wrong with her body by a crowd of strangers, what’s worrying is just how vulgar some of you men can be,” she continued. “Thankfully, I’ve come to terms with the intricacies of my body that make me, me. I’m happy with all of the ‘flaws’ that I couldn’t bear to look at when I was 14. So many of you wanted to aggressively let me know how disappointed you were by my ‘tiny tits’, or how I should be embarrassed by being so ‘flat chested’. I’ve lived in my body for a long time. I’m fully aware of my breast size and am not scared of it.”

And at the end of the day, Pugh noted, really, what’s the big deal? “What’s more concerning is…. Why are you so scared of breasts? Small? Large? Left? Right? Only one? Maybe none?,” she asked. “What. Is. So. Terrifying.” Pugh wore the dress to encourage her critics to reflect on the reasons why. “It has always been my mission in this industry to say ‘fuck it and fuck that’ whenever anyone expects my body to morph into an opinion of what’s hot or sexually attractive,” she continued. “Grow up. Respect people. Respect bodies. Respect all women. Respect humans.” In conclusion: “#fuckingfreethenipple.”

As always, Pugh’s riposte to her critics was equal parts candid and eloquent. (See: her response to those who take issue with her dating a man who is 21 years her senior.) If it weren’t already clear, before you decide to come for Pugh, you may want to think twice.