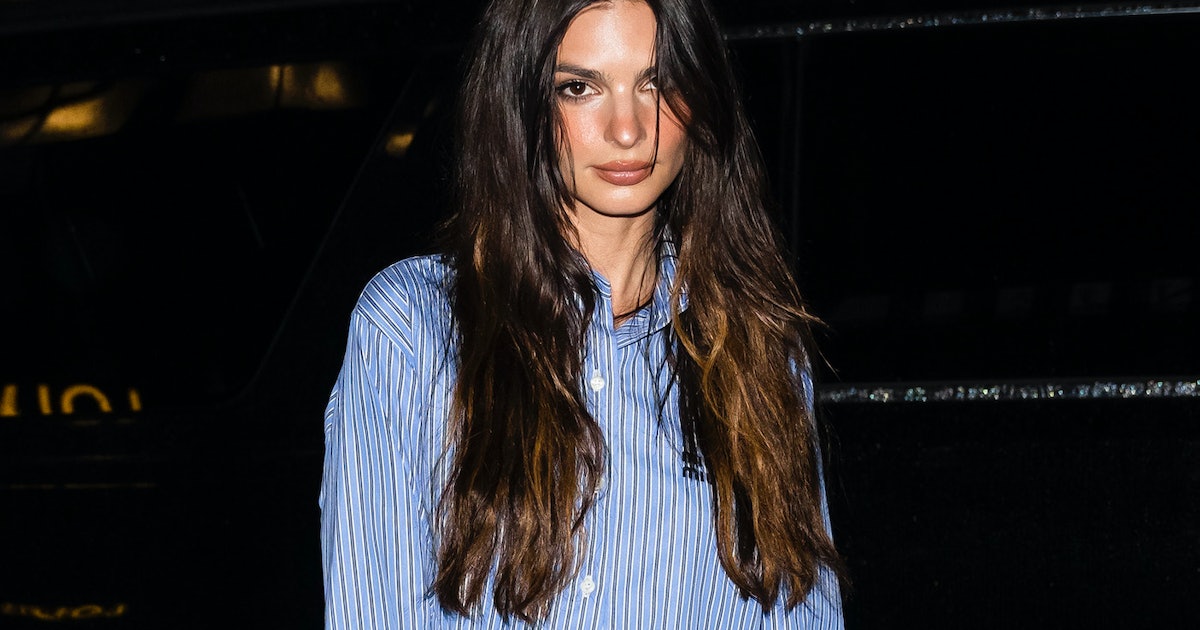 It was so rainy on Tuesday in New York City that the National Weather Service issued a flood warning. But you’d never be able to tell from the evening’s paparazzi photos of Emily Ratajkowski, who looked put-together as ever when helping Gigi Hadid celebrate the launch of her new cashmere knitwear brand, Guest in Residence, at Le Chalet. Though, Ratajkowski opted for head-to-toe Miu Miu in the form of a cropped button-down, wide-legged navy trousers, and a black leather purse. The viral Miu Miu mini set may be a thing of the past, but Ratajkowski has remained loyal to the label’s cropped take on business casual. She starred in the brand’s most recent campaign, after all.

Hadid joined EmRata in embracing baggy trousers, pairing her Stella McCartney ones with a corset worn atop a pink button-down (by Guest in Residence, naturally). It’s unclear if Taylor Swift, who was also in attendance, followed suit; the only photo of her from the evening is a blurry closeup of her seated at a table.

Between EmRata, Hadid, Meghan Markle, and Rihanna, it seems the feelingly omnipresent big pants trend will continue into fall. And we aren’t complaining: They’re certainly easier to pull off than the micro skirts that were everywhere (thanks in large part to Miu Miu) earlier this year.