Elle Fanning’s Emmys Dress Was Inspired By a Hollywood Legend 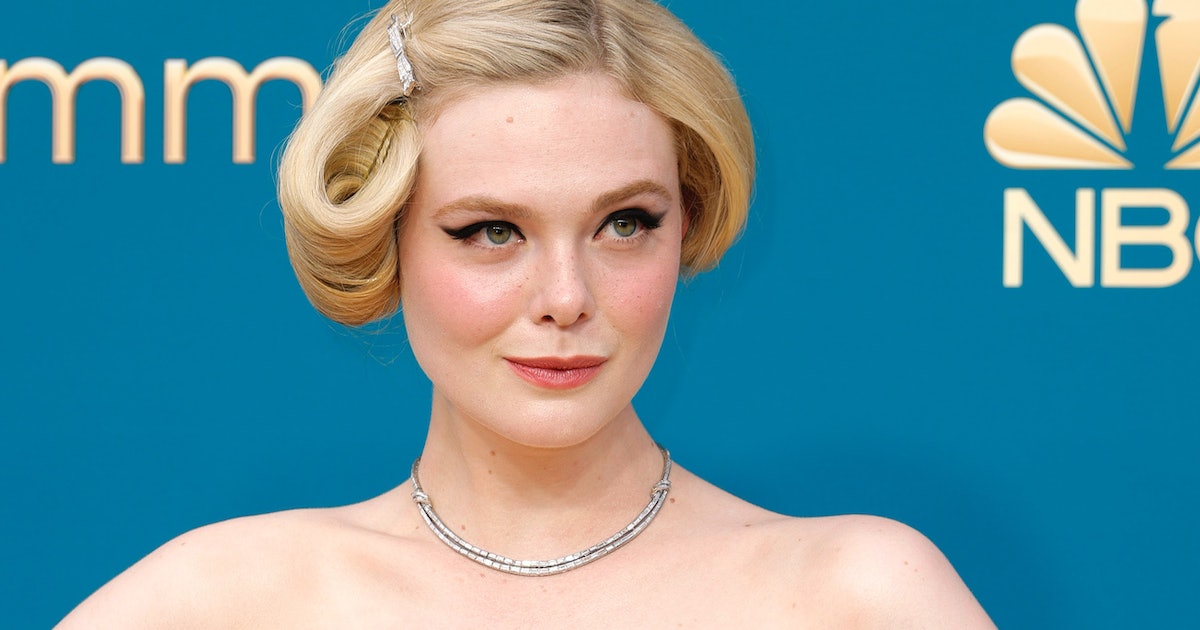 After Elle Fanning received her first-ever Emmy nomination for her role in The Great, she came to the quick decision of who she wanted to design her dress for the big evening. She didn’t opt for Dior, Armani, or Gucci, houses that she often gravitates towards for award shows and red carpets. Instead, she turned inward, to those right on set with her in London on season three of the Hulu show. On Monday night, Fanning wore a dress designed by The Great costume designer, Sharon Long, and handmade by the show’s cutter and seamstress, Catherine Shaw.

Fanning, known for often gravitating toward a more Old Hollywood aesthetic, fully embraced the era once again for the Emmys. The dress is very much in the style of the ‘50s, with a corseted bustier top covered in pale pink petals at the bust, a column skirt, and a skirt cape trailing behind her. The pinned back curls completed the mid-20th century fantasy.

Old Hollywood influenced more than the style of dress, but also her choice of designer. Fanning explained during the red carpet pre-show on E! that she was inspired by legendary costume designers like Edith Head, who not only designed costumes for some of the biggest stars of the era, including Grace Kelly, Audrey Hepburn, and Elizabeth Taylor, but also gowns for them to walk award show red carpets in. “It’s so special and you can see that those dresses were made with love,” she said. So, Fanning saw it fitting to take a note from Kelly, who was probably most known for wearing Head’s designs off screen, and asked her costume designer to create the dress for the evening, heading over to the costume department on The Great’s set after a day of filming for fittings. “I wanted to pay homage to the creatives on the show,” Fanning said. “And I’m very proud to wear this dress tonight.”

The moment became even more full circle when Long received the Outstanding Period Costumes award for her work on The Great earlier this evening. Now, all Fanning needs is to take home the award for Outstanding Lead in a Comedy Series, for which she is nominated, and she will truly feel like the queen she portrays.