Dopamine Dressing at Its Best 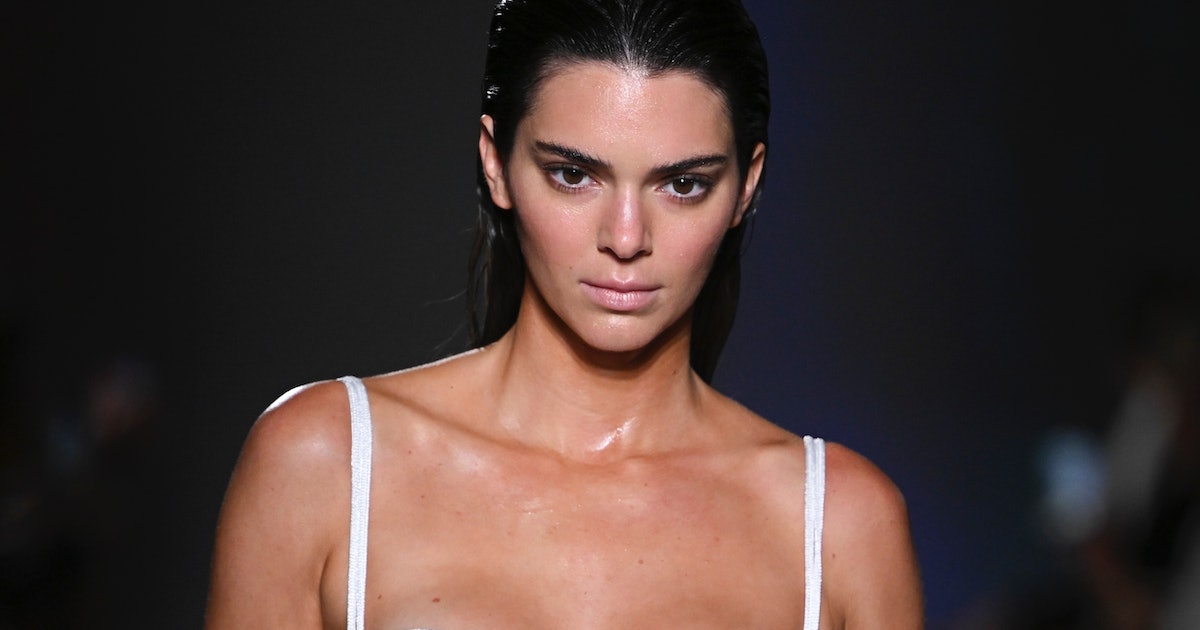 Digital rainfall cascaded down the walls of Hall des Lumières in New York City at Proenza Schouler’s spring 2023 runway presentation. The first model to open the show wore an angular crop top that showered down a halo of white fringe, and the black draped skirt with which it was paired could have resembled a moody cloud.

The theme for the collection was clearly the elements—but most importantly, water, and its unique way of movement. The show notes described the collection as “an unabashed cacophony of spirit, of joy, of the sensual and tactile qualities that bring pleasure to life,” and described “water as a symbol of life that floods the narrative and intersects with the designers’ deep-rooted personal histories.”

Beyond the tribute to liquid, fringe—a favorite of designers Jack McCollough and Lazaro Hernandez—was the defining thread pulled through the collection’s entire narrative. There were white fringe separates worn by Kendall Jenner, then admired by front row stars Christine Quinn, Emily Ratajkowski, and Karlie Kloss.

Fern-green fishnet knits were adorned with metallic fringe, double-tiered sleeves had hanging fringe, and suiting was covered in mini, golden-fringed medallions. Taking into account the last few seasons, it’s become even more clear that fringe has become a house code of the brand.

All in all, tactility was key for the collection. Of course, the aforementioned fringe—but also lace, ruffles, and knits were especially unique for a brand that can, at times, feel inherently minimal. Most notable were the polka dot prints, done up in various sizes and layered in a way that made one of the most classic patterns feel new again. But all eyes in the room turned to the extreme silhouettes and shapes: bell-sleeves that nearly touched the ground, golden leather skirts that cascaded like a faucet, and swingy polka-dot bell bottoms riffing on 1970s-does-1940s silhouettes.

Proenza Schouler remains one of the top American fashion labels, with nearly 20 years of work behind them. This collection proved that they have their own say in the realm of minimal fashion, but that they can also push shapes to an extreme that would pique even the most devoted maximalist’s interest. Those lush turquoise lace fabrics, lime-sorbet mini dresses with touch-the-floor bell sleeves and ruffle flared trousers? They stood as echoes of the stricter corseted silhouettes and razor-sharp tailored pieces from Proenza Schouler’s seasons past.

“Much like last season, the contours of the body are key, only this time they are less restrained, allowing the natural curves of a woman’s body to shape the garment itself,” read the show notes. The larger-than-life shapes that dominated this season’s show clearly spread a message that Proenza Schouler has a distinctive and identifiable personality in the crowded New York fashion space, but it’s also unafraid to evolve along with its biggest fans—and, perhaps, even the younger fashion fan that’s discovering the label for the first time. After all, who can say no to a sleeve that’s almost as big as the dress itself? That’s dopamine dressing at its best.