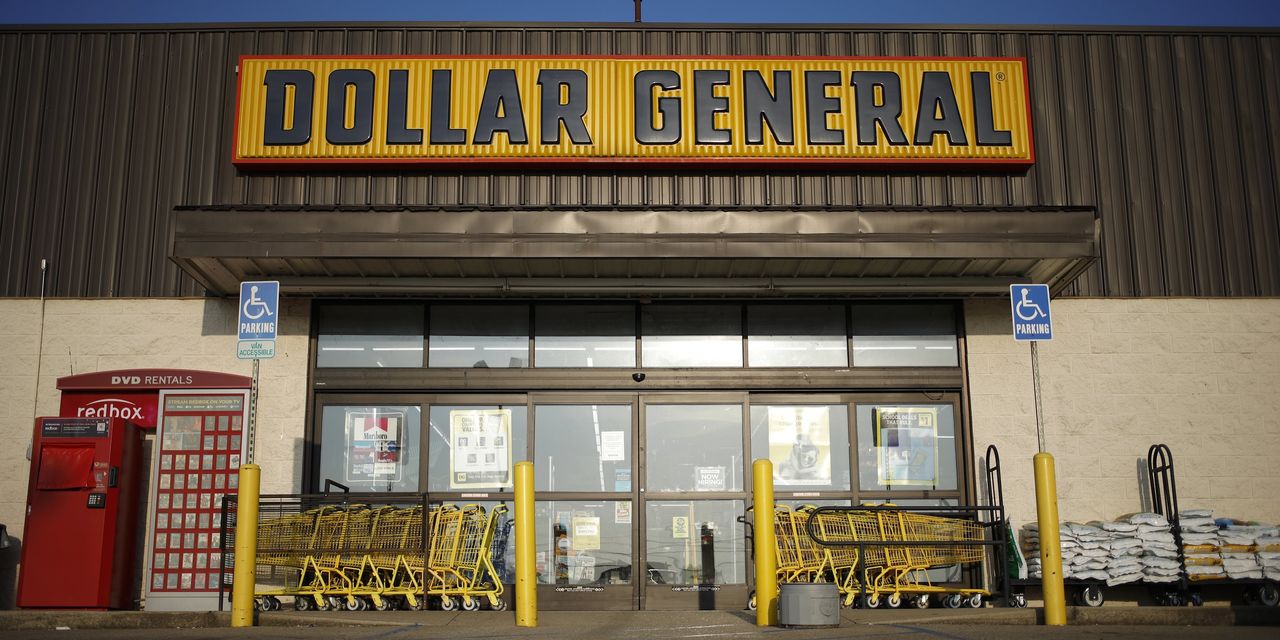 is retiring and will be replaced by one of his top lieutenants as the discount retailer navigates high inflation and a tight labor market.

Mr. Vasos, age 60, has led the company since 2015, overseeing the addition of around 7,000 new Dollar General locations that primarily serve rural communities across the U.S. He helped push the chain into new categories such as selling more fresh produce, and annual sales revenue grew by more than 80% during his tenure.

after it lost the battle to buy smaller chain Family Dollar in 2015. Dollar Tree purchased Family Dollar, but has struggled to integrate the business and reported slower sales than Dollar General, which has focused on building thousands of mostly rural stores.

However, shares of Dollar Tree have recently outperformed its rival after activist investors replaced the chain’s leadership and Dollar Tree last year raised prices at its flagship stores from $1 per item, boosting sales and profit.

Shares of Dollar General have gained about 15% in the past year, while Dollar Tree shares have jumped 68% and the S&P 500 index has lost about 11%.

Dollar chains, which often sell lower priced items in small packages, tend to see sales rise when the economy weakens. Dollar General said same-store sales decreased 0.1% as fewer shoppers visited its locations in the April-ended period. Quarterly profits came in ahead of expectations and the company raised its annual forecast for growth in same-store sales.

More recently Dollar General opened Popshelf, a new chain selling more home decor items with around 200 locations planned for this year. Dollar General plans to open over 1,000 new stores this year, adding to its current fleet of around 18,300 U.S. stores.

Mr. Vasos will continue with Dollar General in a senior advisory role through April 1, 2023, and is expected to enter into a two-year consulting agreement. He will also continue to serve on the company’s board.

Mr. Owen is a 30-year veteran of Dollar General, having started in 1992 as a store manager trainee in a Nashville, Tenn., location. He rose up the management ranks, overseeing store operations before rising to COO in 2019.

Additionally, the board plans to award Mr. Owen about $6 million in stock options over time as a long-term incentive plan.

Appeared in the July 13, 2022, print edition as ‘Dollar General CEO to Leave, Insider Tapped as Successor.’

NFL salary cap increasing, but owners still earn most of the profits