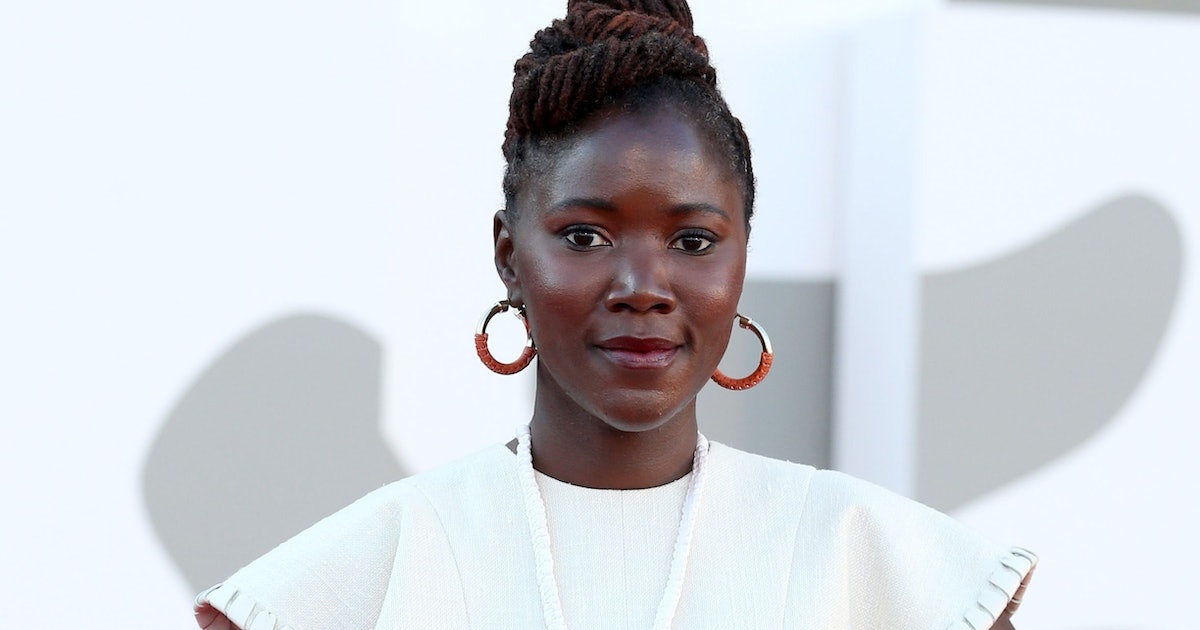 Winner of the Silver Lion Grand Jury prize in Venice, Alice Diop’s tour de force Saint Omer follows a novelist who becomes obsessed with a woman who has committed an unthinkable crime. Rama (Kayije Kagame), whom we first see teaching a class on Marguerite Duras, travels to another town to attend the trial of Laurence Coly, who has been accused of leaving her baby to perish on a beach. Through their shared Senegalese backgrounds and academic pursuits, Rama identifies with Laurence—a PhD student who strikes a placidly defiant figure in court, amid elitist and racist attitudes. And in a welter of emotions, she muses on the prospect of motherhood, with a child on the way herself.

Saint Omer premiered this past week at the Venice Film Festival, more typically known as a spectacular showcase for fall movies like White Noise or The Whale—but Diop’s work deserves the same attention. (It screens next in the Toronto and New York film festivals.) Based on the true story of Fabienne Kamou and partly composed from court transcripts, it’s a multilayered movie that feels irreducible. Diop reworks our notions of courtroom drama and stirs in scenes with Rama’s mother and partner, in order to reflect on family, justice, identity, selfhood, and memory. Diop’s previous film, We, won a top award at the Berlin Film Festival for its thoughtful panorama of predominantly black and immigrant communities living along a French train line.

I interviewed Diop on the Lido in Venice, and it was all her translator could do to keep up with her. After talking about the documentary master Frederick Wiseman—Diop told me she used a monologue from his 1975 classic Welfare for auditioning her actors—we discussed the complicated attraction the story held for her.

How did you first encounter the story of Fabienne Kabou?

The story started from a photograph that I saw published in Le Monde. It was a grainy picture taken from a surveillance camera in Gare de Nord in Paris. You saw this woman who was pushing a baby in a stroller. The body of a child had been found on a shore in the north of France, and this image was published on notices looking for Kabou all over the country. And I immediately felt a familiarity with that face. I knew from her features that she was from Senegal, which is my family’s background too, even before they said she was from Senegal. When I learned that she was the mother who had killed that little baby, my interest became a real obsession. I had to attend the trial to try to understand.

I found myself engrossed by this painful situation, together with all the women who were there, too—attendees, lawyers, judges, journalists, most of us were women! I wanted to find answers to my own intimate questions that I had asked myself about my relationship with my own mother and being a mother myself. And I decided that since I shared those same emotions with so many women, if we were all so obsessed with that event, it meant there was something universal in the story, which had to do with motherhood. So I decided to make a film about it.

Fabienne Kamou’s story brings out all these reactions—she’s an object of morbid fascination, and in the film she almost becomes a figure of resistance on the stand—but how do you view her?

You can’t label what this woman is. “She’s a psychopath, she’s manipulative. she’s completely crazy.” She’s all of those things together. But I didn’t want to pass any judgment and give answers to those questions. I just wanted to show the complexity of that human being, which is what interested me the most.

How did you cast the lead actors, Kayije Kagame as Rama and Guslagie Malanda as Laurence Coly (the Fabienne Kamou character)?

I met them at the same time when I was beginning to write the screenplay. As for Kayije, I found myself in Geneva talking about a documentary of mine. She raised her hand and asked a question, and I was immediately mesmerized and fascinated by this woman. I asked to take a picture of her because I was making the film and she let me. I met [Guslagie] at a dinner and I realized there was something very powerful [about her], as if she was haunted by something. So the echoes of their images were in my mind while I was writing. They were the first ones that I called for the first auditions.

I kept thinking of Marguerite Duras while watching the film and its way of reflecting on the past. Could you talk about her influence?

It is indeed a very Marguerite Duras film. It’s a spirit that somehow contaminates the film at different levels. Rama being a novelist and teaching Duras during her lecture is probably what prompts her to attend the trial. he thinks she might get inspiration from Laurence in order to feel the qualities of the protagonist in the novel she is writing, all her ambiguities. But she realizes she is neither a victim nor a perpetrator. And it upsets her because this evokes questions that go far beyond her literary interests.

One of the movie’s layers is a batch of home movies from Rama’s past. Where did these come from?

These are reconstituted archives—completely fictional, with actors. But the reference point was my own family’s archives, which I used in my last documentary, We, and the cultural aspects that I knew well about life in a Senegalese family. My mother is not like the mother of Rama, of course, but there are things I borrowed.

You said the movie came out of an obsession. Do you feel freed from that obsession now that you have made the movie?

I feel that the process of writing and filming helped me to revisit and understand quite personal and intimate things. But I would most like that everyone is able to take stock of their relations to their family, children, motherhood.