Deeda Blair on Style, Mental Health and Her New Book 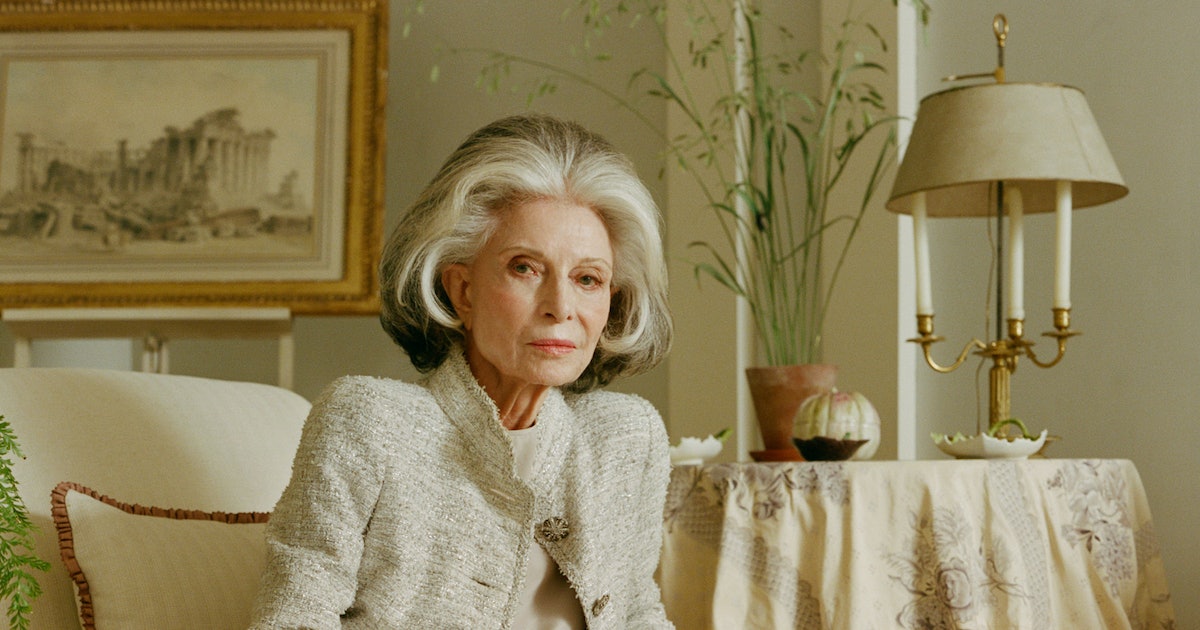 You’ve been in the public eye for decades as a style icon and a medical research crusader, but you’ve just written your first book, Deeda Blair: Food, Flowers & Fantasy [Rizzoli]. Why now?

Do you see all those parchment scrapbooks on the shelves in my library? They’re collections I’ve kept of the things I think are beautiful, fascinating, unexpected.

In addition to recollections of your life in the 1960s and ’70s with your late husband, the diplomat William Blair, there are tips on entertaining, descriptions of fantasy meals set in historic palaces, and lots of unique recipes. In your version of chilled cauliflower soup, the key ingredient is shards of ice.

With that recipe, you have to be precise. You crush the ice using a hammer, and then, with the speed of lightning, you put in the frisée and the homemade bread crumbs and rush it to the table before the ice melts. That’s how you get the crunch. My guests adore it.

You’re known for your supremely original style. In the book, you write that good taste is not innate; it’s learned. You’ve learned from many people whose taste was legendary.

I’m an observer. I have enormous curiosity, and I don’t hesitate to ask about things. And I don’t like the conventional or the ordinary. But I’ve had the luxury of knowing very, very creative people. One of my most influential friends was Hubert de Givenchy. I’ll never forget the first time he took me to Château du Jonchet, his house in the country. He had what I’d call a magnificent simplicity. There was a giant blue Miró on the wall, and some worktables and a few very good rattan chairs. Nothing else—no rug, nothing.

In Chicago, where you grew up, you attended a very strict, traditional Catholic school. How were the uniforms?

Deplorable. Blue serge jackets, brown knee socks, and oxfords. Eventually, they switched from oxfords to penny loafers. They had to subscribe to the fashion of the day. [Laughs]

Did you ever get into trouble with the nuns?

They would get quite upset with me. One day, I was so frustrated I kicked a loafer right off my foot, and it went through a stained glass window. I can’t remember what my punishment was that time, but usually it was to stay after school for nearly two hours, copying the New Testament.

When you first branched into science, in the 1960s, you’d already made your name as an haute couture client and a great hostess at the U.S. embassies in Copenhagen and Manila. Did your glamorous reputation make it harder for people to take you seriously as an advocate for research into treatments for illnesses such as cancer and, later on, AIDS? Or did you not care what people thought?

Oh, I cared. [Laughs] But people saw that I was serious. I would always be visiting every lab. At conferences, I would sit in the second row, and during breaks I would ask the scientists: “What do you think of this work?” People must have found that I became awfully dull.

Starting in 2004, your work on behalf of mental health became more personal due to a tragedy: Your only son, William, committed suicide.

William was bipolar. Living with someone who has bipolar disorder is extremely challenging. During the depressive period, they’re totally unreachable. And then in the manic phase, there are angry explosions and behaviors that, you know, you attempt to deal with, but you can’t. After William died, I received more than 600 condolence letters. I answered every one, and ended them with, “At last he has found peace.” And if you write that over and over, it makes a huge difference. In William’s memory, I started the Deeda Blair Research Initiative for Disorders of the Brain. One major focus is modernizing the education of postdocs in psychiatry. I’m leaving most of my estate to this fund. Mental illness is still so stigmatized, so misunderstood, and increasingly prevalent.

For young people, social media’s impact on depression and anxiety seems to be growing by the day. Do you ever look at Instagram?

I do. At first I found it, uh, disorderly. I think I posted a pale pink Rothko, and I never posted another thing. I follow maybe 12 people. There’s a fantastic garden lady, Deborah Nevins. Ralph Rucci has a good one. Recently, I ran into something called Reels. That was…an eye-opener. God. Instagram is seriously bad for your brain.

Still, your style is widely admired on social media—especially your hairstyle, which has hardly changed in 50 years. Who does your hair?

Ha, you’re really asking? Well, I’ll answer: It’s a Czech woman in a neighborhood shop. She’s younger than I am, but she’s elderly. She puts in the rollers, and I sit under the dryer. This is probably what your grandmother did. And I’ve kept the same hairstyle because in between appointments, I can do it myself. I put in five warm rollers before you came over today.