Covid-19 Vaccine Doses, Once in High Demand, Now Thrown Away 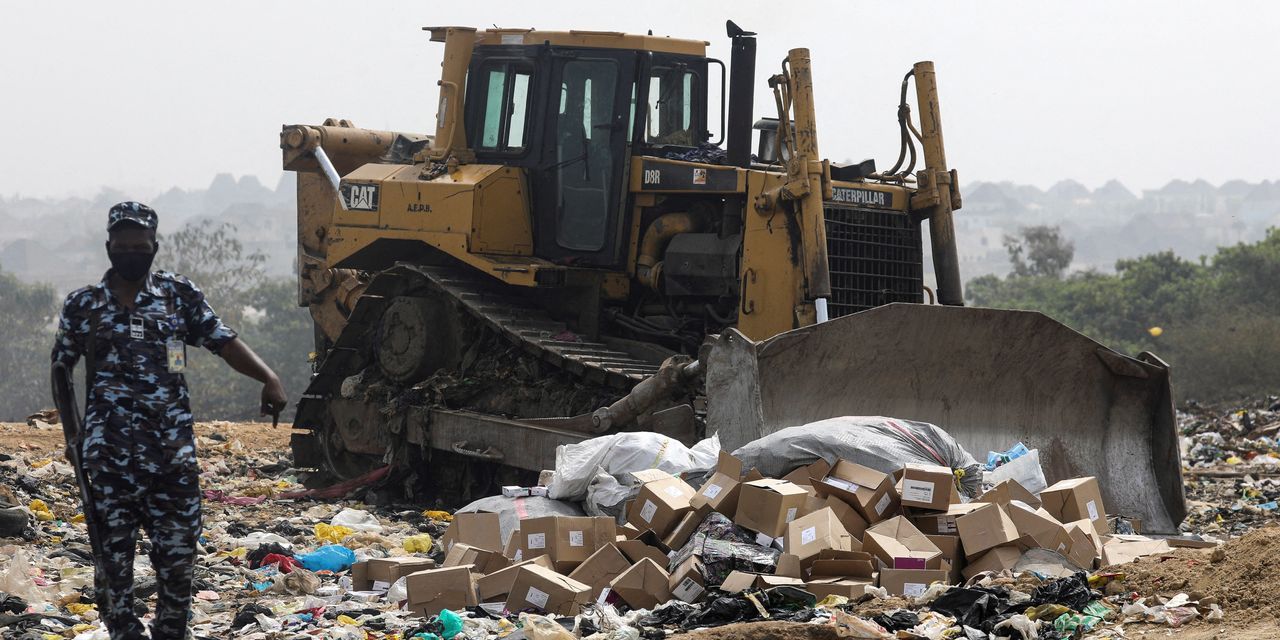 Governments, drugmakers and vaccination sites are discarding tens of millions of unused Covid-19 vaccine doses amid sagging demand, a sharp reversal from the early days of the mass-vaccination campaign, when doses were scarce.

recently discarded about 30 million doses of its Covid-19 shot after failing to find takers, while pharmacies and clinics have had to throw out unused doses from multi-dose vials from Moderna and

that have a short shelf life once they are opened.

PLC’s Covid-19 vaccine, according to the government health department.

That so many Covid-19 doses are being discarded marks a moment in the pandemic when supply has outstripped demand.

After an initial vaccine rollout marked by sparring among governments for limited initial supplies, drugmakers were able to increase production to meet heavy demand. Now the appetite for the shots has cooled in many places, with a majority of the global population fully vaccinated and a sizable minority hesitant to go ahead.

“We are now throwing doses in the garbage,” Moderna Chief Executive

said during a panel discussion at the World Economic Forum meeting in Davos, Switzerland, last month. “It’s sad to say.”

In some low-income countries, access to doses remains an issue. Some of the countries lacked the healthcare infrastructure to handle and store the shots at low temperatures, while others had difficulty planning and rolling out vaccination campaigns because supplies were unpredictable and lagged behind wealthier countries.

Demand may pick up in wealthy countries like the U.S. during the fall, when vaccine makers roll out modified shots that target Omicron subvariants and potentially provide better protection than current vaccines. On Wednesday, the U.S. government agreed to purchase 105 million doses of a modified vaccine from Pfizer and BioNTech for a fall booster campaign.

Now, however, there are enough doses available to support vaccination of all adults and adolescents globally, according to Covax, an international program distributing vaccines to lower-income countries, led by the World Health Organization and other groups.

Among people who are fully vaccinated, smaller percentages have opted to get booster shots, according to health authorities and drugmakers. Demand also has fallen in many lower-income countries because Omicron reduced the perceived risk of the virus, Covax said.

In the U.S., about 90.6 million Covid-19 doses have been wasted, or 11.9% of the more than 762 million Covid-19 vaccine doses delivered since the shots became available in late 2020, according to the Centers for Disease Control and Prevention.

The wastage rate has accelerated recently: Some 12 million of the discarded doses have been thrown out since late May.

The disposals come during a significant drop in demand for Covid-19 vaccines, even with young children recently becoming eligible. The seven-day moving average of doses administered daily in the U.S. was about 155,000 as of June 21, down from about 1.1 million on Jan. 1 and the peak of about 3.5 million daily in April 2021.

Partly driving the wastage, health experts said, is the way the Covid-19 vaccines are packaged in multiuse vials containing from five to 20 doses. Once opened, the vials generally must be used within about 12 hours of opening or the remaining doses discarded.

“Wastage has risen as the number of doses you’re giving out per day goes down, as demand goes down,” said

executive director of the Association of Immunization Managers, whose members lead vaccination programs in U.S. states and some large cities. “Then you’re apt to have more doses left in the vial at the end of the day that you have to discard.”

That potential for wastage has made some physician practices hesitant to order doses, Ms. Hannan said, especially smaller ones in rural areas with pediatric patients who have become eligible more recently.

State immunization managers have been telling hesitant practices that it is OK to throw out doses if it means that some children are getting vaccinated. Ms. Hannan said single-dose vials or syringes would reduce wastage, but vaccine manufacturers haven’t rolled them out yet.

Pfizer, which will discard Covid-19 vaccine doses if they are nearing the end of their shelf life, is taking steps to develop a single-dose vial, a company spokeswoman said. Moderna didn’t respond to questions about the possibility of single-dose vials.

Some doses are being discarded before they even reach clinics. Moderna, of Cambridge, Mass., recently contacted national governments to see if they could use 30 million doses, but none wanted to take them.

“We don’t have a capacity issue around the planet,” Mr. Bancel said. “It was true two years ago, it’s not true today.” The issue now, he said, is people in many countries don’t want vaccines.

Moderna had previously signed supply contracts with Covax, an international initiative to supply Covid-19 vaccines to low- and middle-income countries, and the African Union. Yet earlier this year, both organizations declined to order additional doses that Moderna had been preparing to ship later in the year, including more than 320 million doses for Covax.

What should be done with extra vaccine doses? Join the conversation below.

Some countries have declined deliveries because they don’t have the infrastructure in place to get shots into arms, or have low demand, according to a recent report by the consulting firm Deloitte.

In Germany, the government’s ministry of health had been having discussions with vaccine manufacturers to see if the shelf life of the nearly 4 million doses in its warehouse could be extended and used for a booster campaign in the fall and winter, a ministry spokesman said. The country also looked into donations to other countries, but many aren’t accepting them.