Brie Larson is a ‘Dancing Queen’ at the Premiere of Her New Show, ‘Growing Up’ 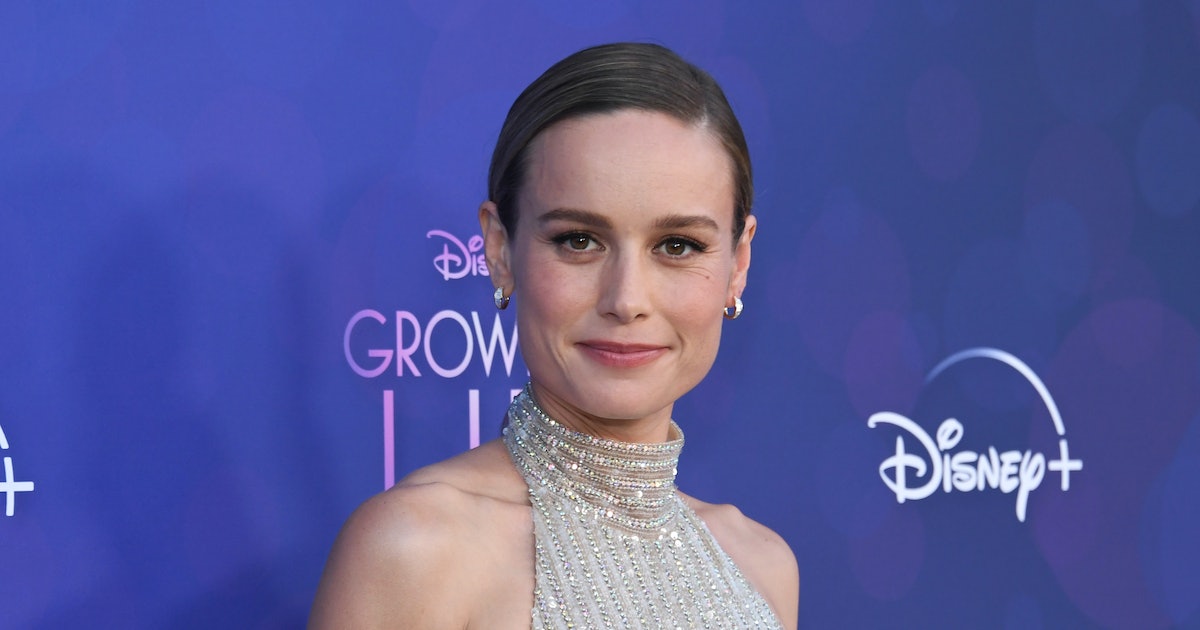 Move over ‘90s style, your resurgence has had more than enough time. Now, it’s the ‘70s turn, and Brie Larson is leading the charge. The actress just attended the premiere for her new Disney+ show, Growing Up, wearing a sparkly jumpsuit that would look pretty good on the back of a horse at Studio 54.

The actress wore a turtleneck, sleeveless Valentino jumpsuit, covered in silver sequins. The wide-leg pants, were not only very on trend, but also completed the disco-vibe. Larson then broke up the look with a white, studded V belt and finished it off with some small hoops and a low ponytail.

The shimmering look is pretty in line with what we know about Larson’s style—she loves some well-placed sequins. Last time we saw the actress, she was attending the opening ceremony of the Marvel Avengers Campus in Disneyland Paris, wearing an extremely intricate Oscar de la Renta look, featuring a cape covered in sequins. In fact, it’s hard to remember the last time the actress wore a look that didn’t sparkle.

Larson is the executive producer of the upcoming docuseries which “explores the challenges, triumphs and complexities of adolescence through ten compelling coming of age stories,” according to Disney+. Growing Up is made up of 10, 23-minute episodes, each one of which explores an individual between the age of 18 and 22. “They represent a wide range of lived experiences, giving audiences emotionally powerful narratives that offer an engaging look at teenage-hood and the diverse social, familial, and internal obstacles young people face on their path to self-discovery and acceptance.”

The actress was joined on the red carpet by the cast of the show, and behind the scenes, she was supported by her boyfriend, Elijah Allan-Blitz. The two have been together for about two years and recently worked together on Remembering, an augmented reality short film for Disney+. Allan-Blitz escorted Larson to film an appearance for Jimmy Kimmel Live ahead of the premiere.