Who Is Anne McLaren – Everything You Need To Know About Her 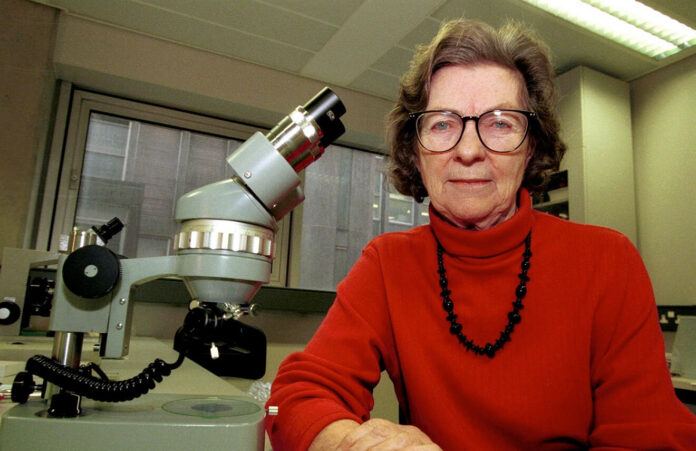 Dame Anne Laura Dorinthea McLaren, was born on April 26, 1927 and passed away on July 7, 2007. She was a scientist from the United Kingdom who was considered to be a leading figure in developmental biology. Basically, she is the reason why we currently have the IVF (In Vitro Fertilization).

While that’s just an overview about who Anne McLaren is, there’s more to know about her.

Who Is Anne McLaren?

Dame Anne Laura Dorinthea Mclaren, who is a DBE, FRS, FRCOG, was a scientist from the United Kingdom that was a leading future in developmental biology. Her work allowed the Intro Vitro Fertilization to exist today.

She was born on April 26, 1927 and passed away on July 7, 2007. She was the daughter of Sir Henry McLaren, 2nd Baron Aberconway, a former Liberal MP, and Christabel Mary Melville MacNaghten.

She was born in London, United Kingdom, and lived there until World War II broke out. After that, her family moved to their estate in Bodnant, North Wales.

In the early years of her life (when she was a child), she appeared in the film version of H.G. Wells’ novel, Things to Come, which was released in 1936. She was, at that time, entitled to be known as the “Honourable Anne McLaren”.

For her studies, She read zoology at Lady Margaret Hall, Oxford, and got her MA there. She continued her post-graduate studies at the University College London from 1948. She obtained her DPhil in 1952 and married Dr Donald Michie on October 6, 1952. Dr Michie was a fellow student.

Anne and Donald Michie had 3 kids throughout the span of their marriage. The names of their kids are:

We do not have any information about when the kids of Anne and Donald Miche passed away.

From 1952 to 1955, Anne and DOnald Michie worked together at the University College London. After that, they started working at the Royal Veterinary College on the variation in the number of lumbar vertebrae in mice as a function of the maternal environment. Here, McLaren took up research on fertility in mice, which includes super pregnancy and superovulation.

In 1958, She published a landmark Nature Paper with John D. Biggers, where they talked about and reported the first ever successful development and birth of mice embryos that were first recovered from naturally fertilized females at the 8 to 16 cells stage, which were then cultured in vitro for 2 days until the blastocyst stage was achieved and were finally transferred back into the uterus of the female mice until birth.

The name of the paper that they published at that time was called “Successful Development and Birth of Mice cultivated in vitro as Early Embryos”.

After or before the birth of Caroline Michie, the marriage of the couple ended.

After that, McLaren moved to the Institute of Animal Genetics at the University of Edinburgh in order to continue her research. The couple remained on good terms after the separation and it is said that Michie himself moved to Edinburgh too.

According to information that’s published on Wikipedia, She was a strong advice for the government providing assistance towards childcare because of how she took care and raised her children on her own.

From 1959 to 1974, She spent her time working at the Institute of Animal Genetics, where she focused on topics such as “fertility, development and epigenetics, including the development of mouse embryonic transfer, immunocontraception, and the skeletal characteristics of chimerae.

In 1974, she left Edinburg in order to become the Director of the MRC Mammalian Development Unit in London, United Kingdom. She retired from the Unit and moved to Cambridge, where she joined the Wellcome/CRC Institute and later the Gurdon Institute.

She was made a Fellow Commoner of Chirst’s College, Cambridge in 1991.

The work of Anne McLaren usually brought her outside from the premises of the university at that time. At this time, she was also a member of the committee that was established to inquire into the technologies that were being used in IVF (In Vitro Fertilization) and Embryology. She was also a known member of the Nuffield Council on Bioethics from the years 1991 to 2000.

Anne Clarke was also a very known member of the Communist Party of Great Britain.

In 1975, She was made a member of the Fellow of the Royal Society.

From the year 1991 to 1996, Anne held the position of Foreign Secretary of the Royal Society. From 1992 to 1996, She became the Vice President, and she was the first female officer in the society’s 330 year old history.

In 1986, She was made a Fellow of the Royal College of Obstetricians and Gynaecologists for her pioneering work on fertility.

In 1989, she presented the Ellison-Cliffe Lecture at the Royal Society of Medicine and from 1990 to 1995, She was the Fullerian Professor of Physiology at the Royal Institution.

In 1993, she was created a DBE, and from the same year to 1994, She became the president of the British Association for the Advancement of Science and in 1998, Anne became a Fellow of the Academy of Medical Sciences.

She is considered as one of the greatest and most respected reproductive biologists of this generation, passed away with Donald Michie, a computer scientist who was also her companion of 55 years and her former husband, in a road accident while they were traveling from Cambridge to London on July 7, 2007.

Do you think we missed out on anything important about Anne McLaren? Let us know if we missed out anything about her by leaving a comment in the comments section below!