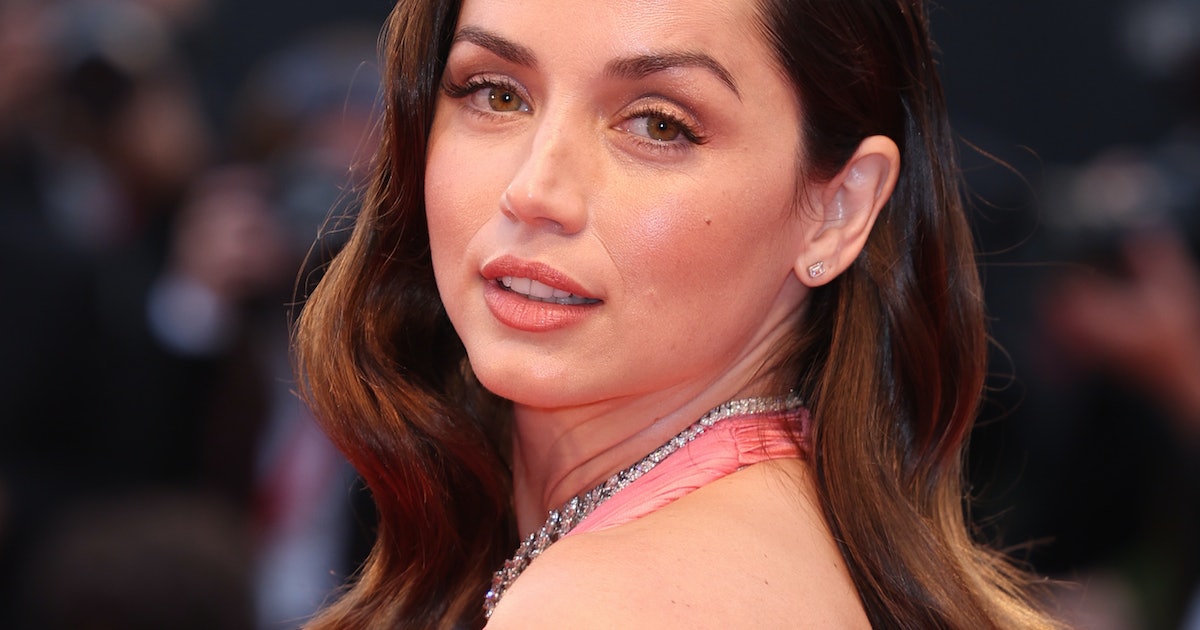 Recently, celebrities have really been embracing theme dressing when it comes to movie premieres. Zoë Kravitz went full Catwoman for The Batwoman promo cycle, and Zendaya couldn’t help but reference multiple Spider-Man characters in her looks while promoting the latest film in the franchise. But the idea of dressing for a movie’s theme isn’t just relevant for superhero flicks, as Ana de Armas proved at the Venice Film Festival premiere of Blonde on Thursday when she stepped out in a dress clearly inspired by Marilyn Monroe.

For the big event, de Armas wore her tried-and-true Louis Vuitton, of course. At first glance, the dress seems fairly simple, a pleated, rosey-pink gown with a low-cut, halter-top neckline. Give it a second look, however, and it’s immediately clear that it was likely inspired by what might be Monroe’s most famous dress of all time. It shares elements with the white, pleated dress Monroe wore in The Seven Year Itch, the same one that famously blew up when the blonde actress stepped on the subway grate. The color could be a reference to another one of Monroe’s extremely famous gowns, the pink strapless dress from Gentlemen Prefer Blondes. Paired with de Armas’ statement diamond necklace, it’s hard to not think of Monroe singing “Diamonds are a Girl’s Best Friend.”

Unfortunately, there was no subway grate on the Venice red carpet for de Armas to recreate the famous Seven Year Itch scene, but it likely wouldn’t have worked with the longer hem. Instead, the actress glided down the carpet with the skirt blowing behind her, giving a sultry glance to the cameras that surely would have made Monroe proud.

Smartly, de Armas didn’t wear the actual Seven Year Itch dress, which would have been a bold—though not unprecedented—move following the Kim Kardashian Met Gala saga. In fact, it’s unclear who actually owns the piece these days. It previously belonged to Debbie Reynolds, but she sold it in auction to an unknown buyer for $5.6 million back in 2011. Likely, the current owner won’t be showing it off any time soon out of fear that Kardashian will try to get her hands on that one too. In the film, however, de Armas does, at one point, wear a recreation of the dress, as well as the pink number from Gentlemen, but it’s unclear if the now infamous “Happy Birthday Mr. President” dress will get another moment in the spotlight.