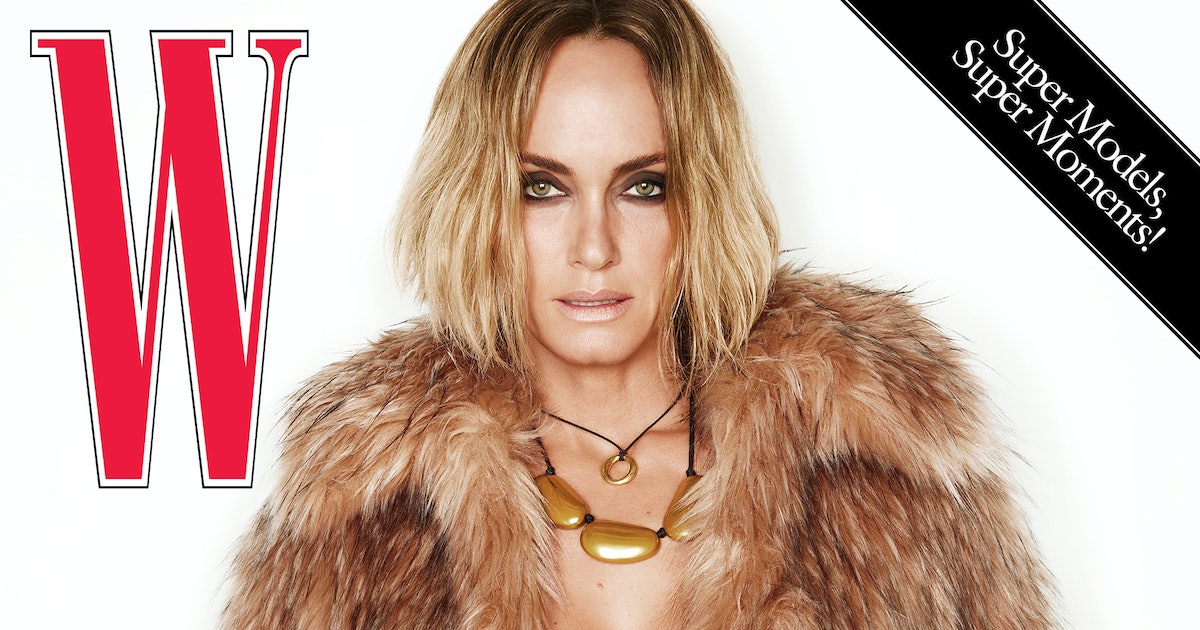 You returned to modeling around the age of 40 after a successful stint in Hollywood. What inspired you to come back to modeling full time?

I took a bunch of years off to act and raise my son. I’d do things periodically, like a special shoot for a campaign, a handful of jobs here and there. I never had a doubt that I could pick up where I left off. That sounds arrogant, but I knew I could work, that there was a place for me. When I came back to fashion eight years ago, I had been on some TV shows, and the last one had left a bad taste in my mouth. I wasn’t where I wanted to be. I had more passion for fashion, and I realized I could use all the storytelling skills I learned from working in film and television to be more impactful. I felt like I could dictate more of what I wanted to do, and modeling, for me, has always been about being creative.

How have you seen the beauty standards shift in the industry?

There weren’t women really modeling at my age a decade ago. In the past, every once in a while you’d see a model in her 40s, but it was kind of tokenism. This isn’t tokenism; I’m getting huge jobs.

What sort of advice would you give to today’s generation of models?

It’s so important for any young person in this industry to cultivate their personhood outside of what they do. I talk to the young girls and guys today, and they’re talking about the same shit that we were. It doesn’t matter their size, age, gender—there’s always an issue of feeling inadequate and insecure because our industry is about the way we look. And until you have a certain amount of clout, people often don’t really respect models. But social media has given these women and men an opportunity to be more than a pretty face or a clothing hanger, to actually show their ideals and values. The women I grew up with in the industry all had dynamic lives outside of fashion—whether it was Christy [Turlington Burns] creating a foundation for mothers or the work Naomi [Campbell] has been doing in Africa. That has become even more important and at the forefront of many careers.

The photographer Michael Thompson is responsible for many of W’s most recognizable images from the 1990s and early aughts. For this issue, he reunited with Amber Valletta, Christy Turlington Burns, and Shalom Harlow for a shoot that embodies his playful, minimalist style and showcases the rebellious spirit that unites all three models.