All Eyes on Adut Akech 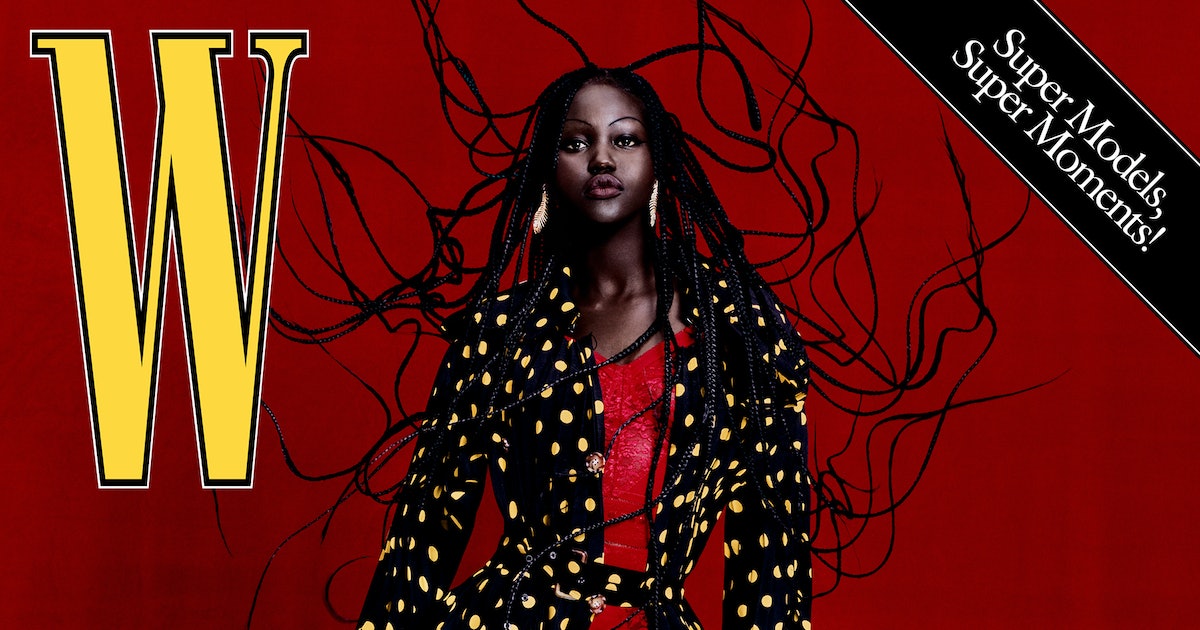 What appealed to you about being a model?

I wanted to be a model because I was inspired by models like Naomi Campbell from a young age. One thing that came as a shock was how hard this job is. I never thought it was going to be the easiest, but you truly don’t know until you’re doing it.

What is a moment in your career so far that you find particularly memorable or defining?

One of many memorable moments in my career was making history by becoming the second-ever Black girl to close a Chanel haute couture show as the bride back in 2018. I was handpicked by Karl Lagerfeld himself.

What role do you think social media has played in changing how the fashion world views beauty?

Social media has allowed models to have a voice. We can call out brands for not being diverse enough. It’s forcing everybody to change their old ways and do what should’ve always been done: be inclusive of models from all different backgrounds.

The Brazilian photographer Rafael Pavarotti has established himself with a clear eye for composition and a fondness of vibrant colors. He captured Adut Akech, Bella Hadid, Anok Yai, Kendall Jenner, and Precious Lee—models with a strong point of view and an even stronger sense of self.

Hair by Eugene Souleiman at Streeters; makeup by Chiao-Li Hsu for Lashify at CLM; manicures by Eri Handa for Chanel Beauty at Home Agency. Casting by Michelle Lee at Michelle Lee Casting. Set design by Mary Howard at MHS Artists.