A Glittering Tribute to the Baguette 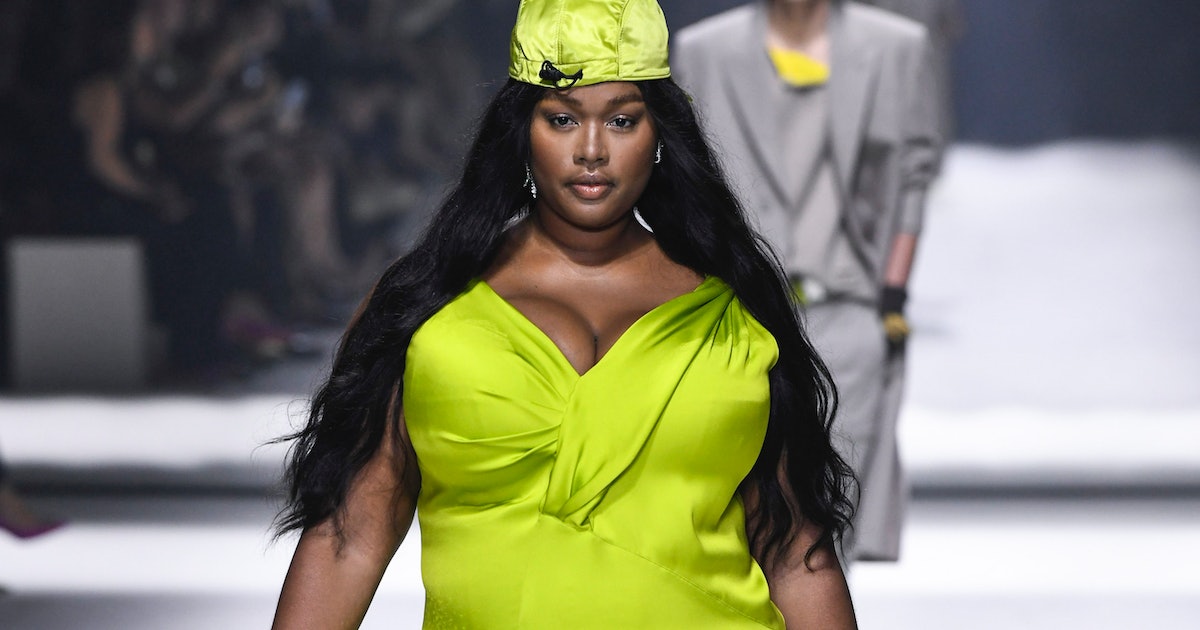 Is there any other “It” bag that has the pop culture significance of the Fendi Baguette? If the Italian house’s 25th anniversary show finale had any say in the matter, the answer is no. Just last year, Fendi and Versace collaborated for the logo-heavy, pure-fun Fendace collection—and now, to celebrate a quarter century of fabulous fashion, Fendi has teamed with not just Marc Jacobs, but also Tiffany & Co., (and Sarah Jessica Parker, who also designed a bag for the anniversary, as an homage to her relationship with the accessory through Sex and the City). By moving Fendi’s usual show in Milan to New York Fashion Week, it’s clear the brand is forging a new pathway, with partnerships that span the fashion industry.

Supers Kate Moss, Shalom Harlow, and Amber Valetta sat front row at the show, which took place on September 9 in the very packed Hammerstein Ballroom in Midtown Manhattan. As Fendi’s typical techno pounded through the room, the all-star lineup marched down the runway while the reflective background shook from the bass. Every kind of Baguette imaginable was present: on double purses, clipped onto mini skirts, worn on the wrists, on hats, and socks. There were Baguettes upon Baguettes, with mini Baguette pouches attached to major Baguette purses.

The Baguette became an extension of the clothes, seeming to sprout from collars, waistbands, and wherever else there was room to stick a Baguette. The silhouette, with its classic buckle and rectangular shape, couldn’t get more recognizable as it did here.

The clothing—slip dresses, utilitarian jackets, sequined bustier dresses, and color-blocked sweaters—were beautiful, but paled in comparison to the light the accessories were given. The sporty windbreakers and tech-y quarter-zip sweaters were definitively New York compared to Fendi’s luxe Roman pieces. They were also, perhaps, just a bit underwhelming for that reason.

Things got interesting when the last several looks emerged. Marc Jacobs was given the reins to reinterpret Fendi’s most iconic pieces, in addition to the Baguette; he did so in a way that felt purely joyful. A slew of models wearing XL hats reminiscent of Jamiroquai and Pamela Anderson’s signatures walked out in oversized, directional pieces. There were funnel-neck sweaters with built-in Baguette front pockets and a neon green robe that twisted the Fendi logo on its head (not unlike Marc Jacobs’s ubiquitous totes). The partnership with Jacobs—one of America’s undisputed greatest designers of all time—felt like the perfect marriage of aesthetic language, even more so due to the fact that Jacobs brought Jones on as Louis Vuitton’s menswear creative director in 2011, back when he worked on the French house’s women’s ready-to-wear.

The show’s brilliant quartet of collaborators closed the show with Linda Evangelista, who wore a floaty, Tiffany blue cape gown; Marc Jacobs, Kim Jones, Silvia Venturini Fendi, and Delfina Deletrez took a bow alongside her. Two brands linking up for a collection has been done before, sure, but not in a way that feels like it’s more about self-expression rather than branding and logomania. We’ve seen almost every kind of collaboration imaginable in the fashion world, but somehow, a major Italian brand coming to New York and partnering with a very special New York designer feels different enough to get excited. It’s all enough to make us anticipate the next Fendi collab and ponder just how it’ll make us rethink and recontextualize fashion as we know it.